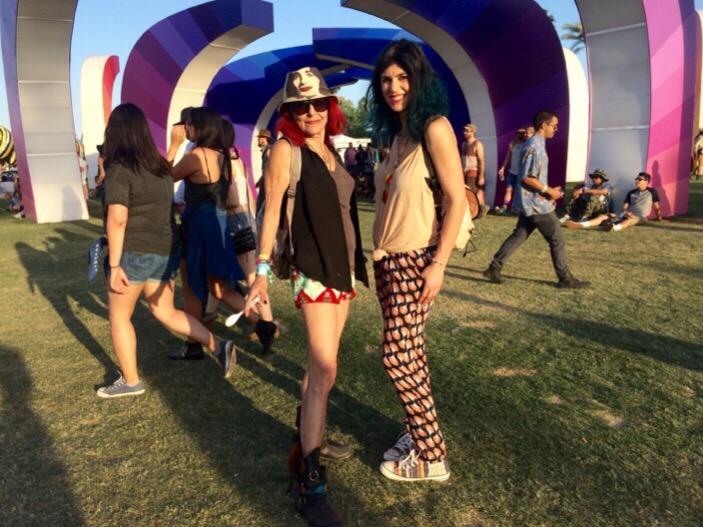 After a  super packed day 1 of Coachella (check out the full recap HERE), we decided for day 2 (Saturday, April 12th) we’d take the morning off and start the day with Pandora jewelry. Hosted at the Parker Hotel where we were staying, Pandora did a super cool activation during Coachella in which every day they partnered with a different designer and featured an exclusive runway show. Friday night they kicked off with Siwy Denim, Saturday with Nanette Lepore and Plenty by Tracy Reese and Sunday with WHit. 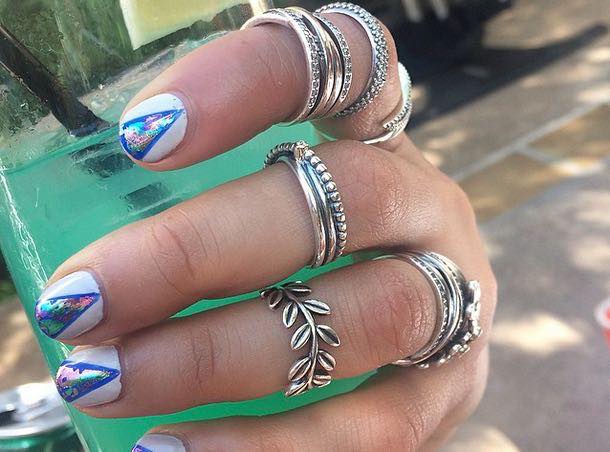 They also hosted a bunch of stations around the Parker Hotel including an SPF station by Hawaiian Tropics, that also offered yoga sessions by Exhale Spa. Disney did some flash tattoos and hair inspired by Tinker Bell while across the way they offered Minnie Mouse inspired manicures.  Minnetonka had us tap into our creative side with their paint-by-number mural. 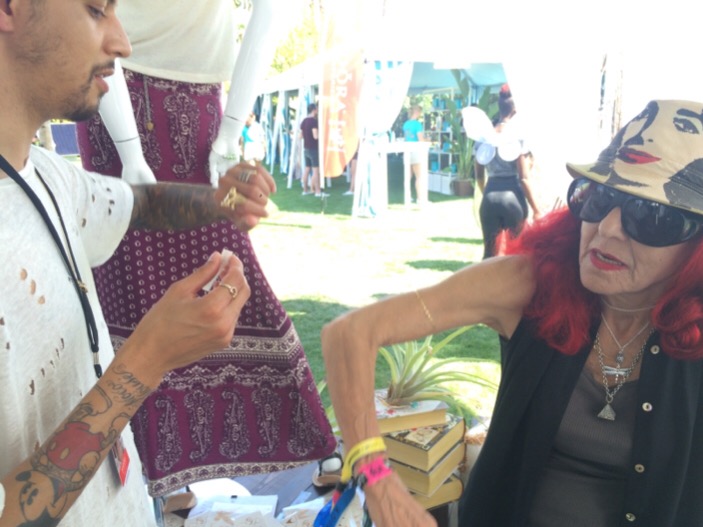 We sat front row for the Plenty by Tracy Reese show and then played in all the stations before heading to the POPSUGAR & Shopstyle Cabana at the Viceroy. Each day the Cabana featured top DJ’s including Harley Viera-Newton, Hannah Bronfman, The Misshapes and more! We had a great time lounging by the pool, making flower crowns and snacking on Mexican food (they had a taco station!) while our girl, Hannah Bronfman performed. 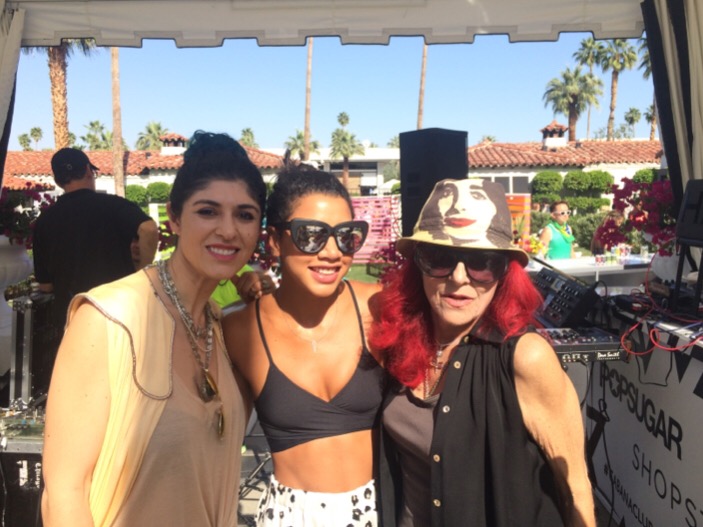 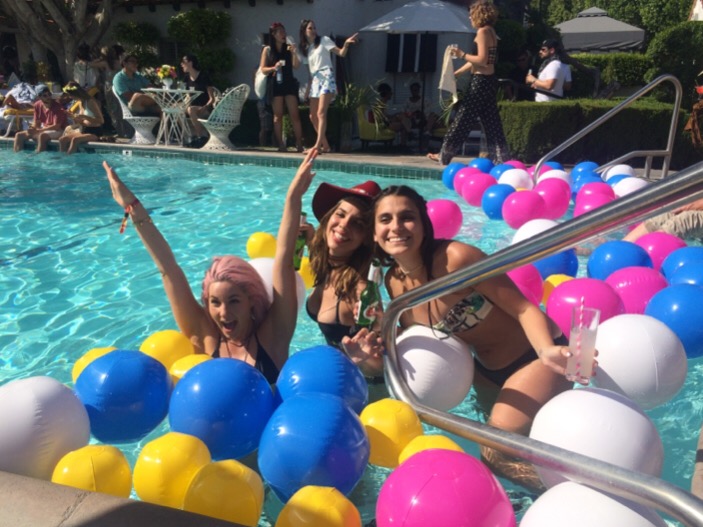 We then took our Chevy Trax (our awesome rental for the week!) and headed to the Chevrolet Bootsy Bellows Estate but didn’t make it in time before the party was shut down for being so awesome (or rather at capacity, which is a good sign of a fun party). Especially considering everyone from Leonardo DiCaprio to Katy Perry and Justin Bieber were there. 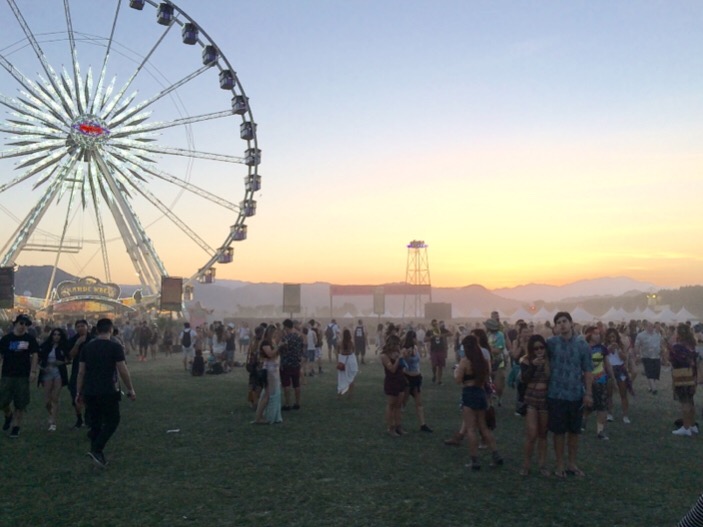 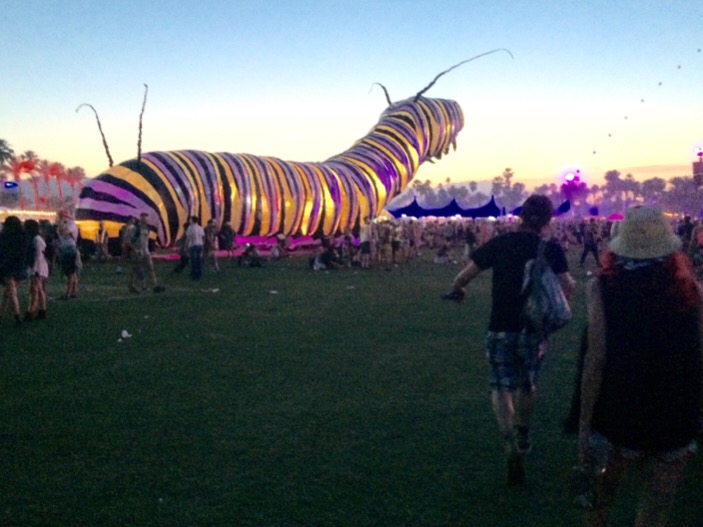 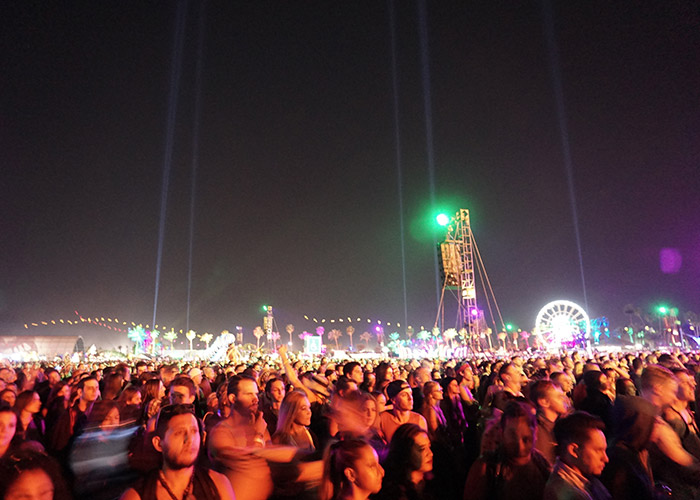 Rather then hit more parties we decided to take advantage of the day and headed to Coachella and caught acts by Hozier, DJ Tenaglia (who had an encrusted Swarovski crystal dolphin in the middle of his dance floor), and then Alt-J. 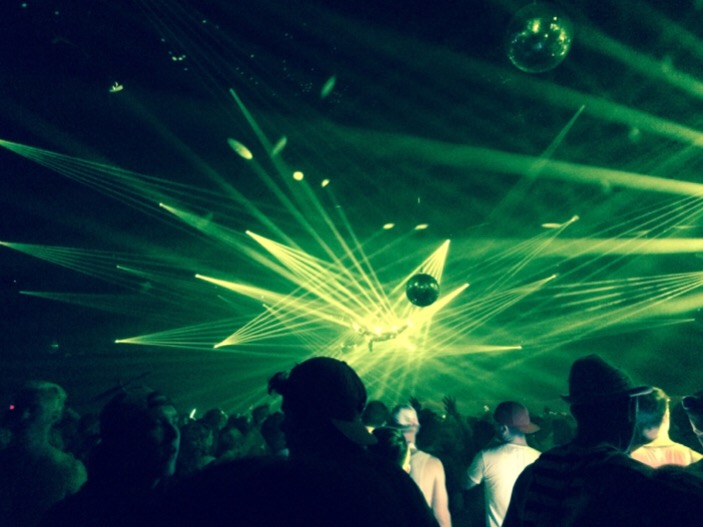 We then grabbed a bite and dropped off Pat at her hotel before heading to Neon Carnival. Hosted by Paper Magazine with PacSun it was a full on dance party filled with carnival rides, games and celebrities at every turn. Definitely one of the biggest and most bad a$$ parties of Coachella. 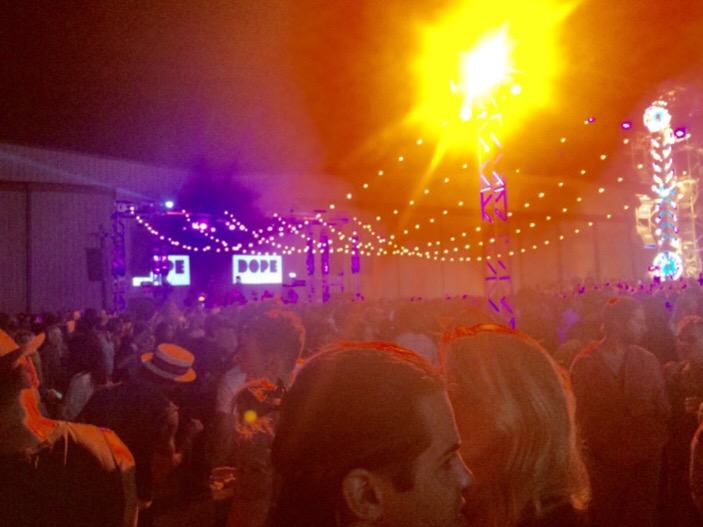 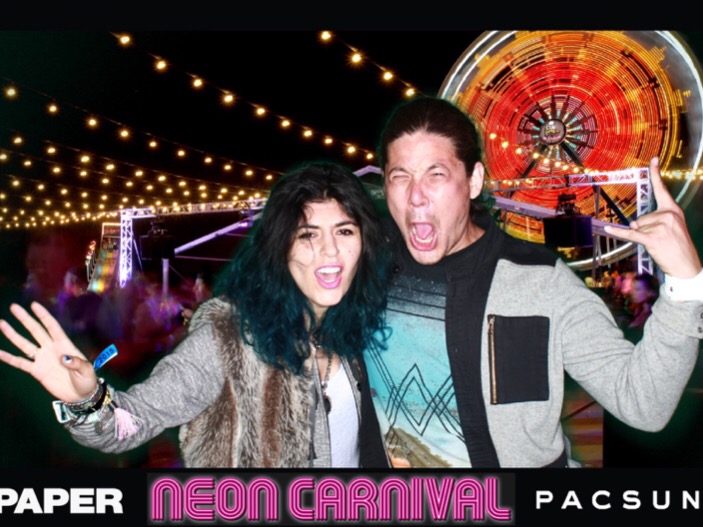