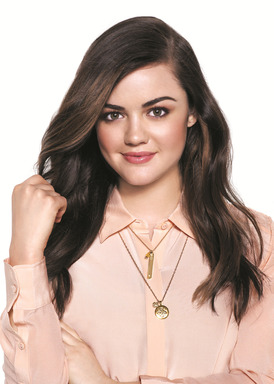 It started with Lauren Conrad, then Ashley Greene, and now the baton has been passed to the Pretty Little Liars star, Lucy Hale as the new Beauty Brand Ambassador to Avon’s mark. In addition to appearing in digital and print campaigns for the brand, Hale will also be the spokesperson for the m.powerment campaign, mark’s philanthropic effort dedicated to breaking the cycle of dating abuse and partner violence against young women.

Her debut campaign will be mark’s August Magalog, as the official 10th Birthday issue for the brand. Meanwhile, Robert Pattinson is tapped as the new face of Dior Homme Fragrance. Since his breakout role in the fourth Harry Potter series, Pattinson has made splash in the industry, which was magnified 100 fold by his most notable role as Edward Cunningham in the Twilight saga (and his tumultuous relationship with Kristin Stewart).

Pattinson joins an elite group of Dior faces, which hopefully we actually get to see as the new Dior Homme communication campaign is
currently being broadcasted  exclusively  in parts of  Europe and Asia. Here’s what we do know… the campaign was photographed by American artist Nan Goldin and filmed by French director Romain Gavras, as for the rest, we’ll just have to wait and (hopefully) see.