Must Have for Spring: Milly for Clinique Cosmetic Bag 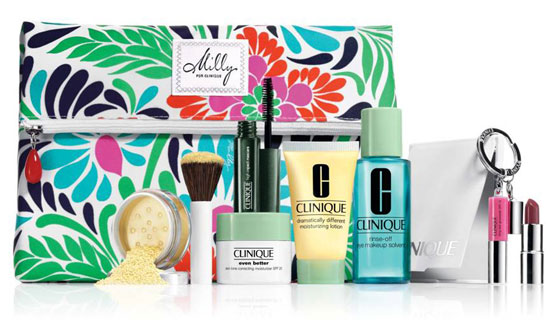 Spring has arrived early this year for all you Milly and Clinique fans!  In their latest collaboration the ‘Milly for Clinique Cosmetics Bag’, you’ll receive a custom designed fold over bag (that can double as a clutch) by Milly designer and founder Michelle Smith.  It comes filled with Clinique’s best of spring beauty items, a fantastic deal with any $24.50 or more Clinique purchase (a $75 value!). 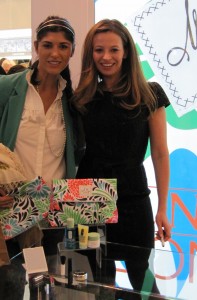 In addition to the Milly for Clinique Cosmetic Bag, this set includes the following Clinique travel size products:

*The two lip treats come on a Clinique key chain

Perfect for travel or a night on the town.  An exciting clutch to add to my collection — I’m a nut for details and the zipper has this amazing orange bead on it.  Exclusive to Bloomingdale’s, get it while you can . . .  it’s only available while supplies last!

END_OF_DOCUMENT_TOKEN_TO_BE_REPLACED

The wildly entertaining and ever so charming Jackie Collins is at it again with her latest novel, ‘Poor Little Bitch Girl’.  No one does scandal like Jackie Collins.  Having a front row seat to the Hollywood scene, she knows how to write a page-turner, which is evident if you’ve ever read any of her 26 other books.  And while Jackie is privy to all the gossip, she can keep a secret; these stories make for great characters and scenarios in her books.

In ‘Poor Little Bitch Girl’, take for instance Annabelle Maestro, the daughter of two movie stars, who later grows up and takes on the alias Belle Svetlana, Madam to the most exclusive call girl business in NYC.  Annabelle changed professions once she was too old to become an accessory to her celebrity parents, and could no longer afford supporting her boyfriend’s coke habit based on her parent’s allowance. Then there is Denver Jones, the hotshot attorney and Annabelle’s close friend in high school until Denver couldn’t keep up with Annabelle’s popularity and began hanging out Carolyn Henderson, the ‘brainy kid’.   Carolyn grows up to become the personal assistant and mistress to a very powerful (and married) Senator in Washington.  Well these ladies are no longer in high school, and mix in a murder to the already

END_OF_DOCUMENT_TOKEN_TO_BE_REPLACED 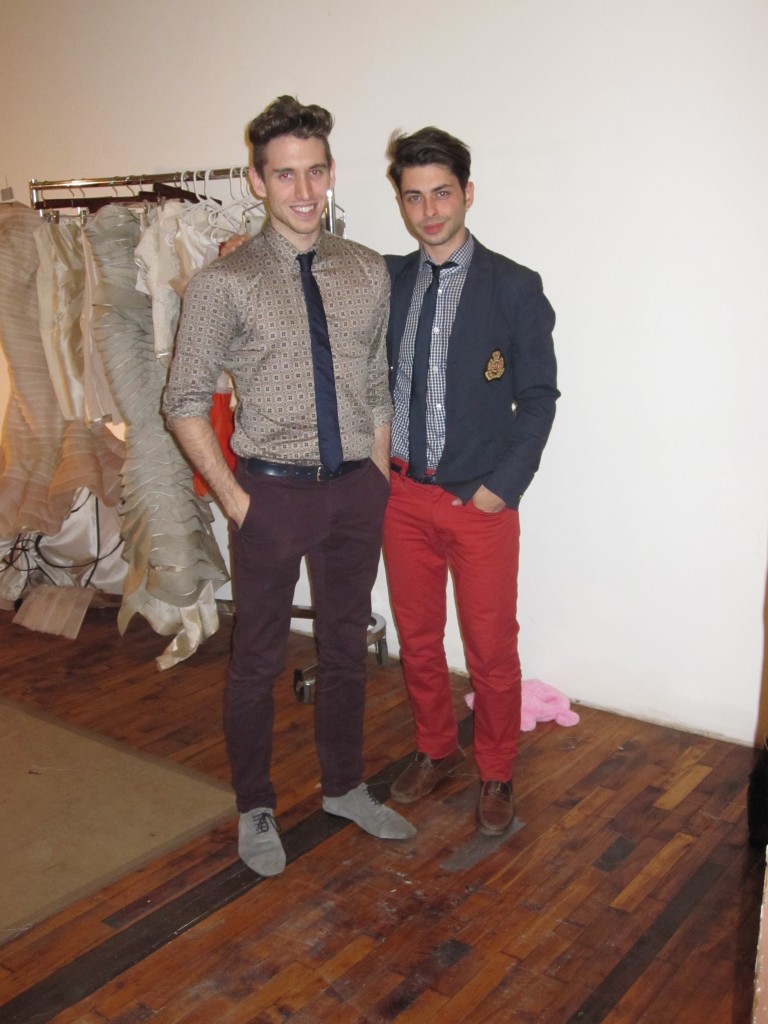 I had the absolute pleasure of spending the day with Daniel Feld and Wesley Nault of WesFeld, their new fashion label, in their Williamsburg studio.  The two former Project Runway alums, and now design partners, are the winners of the Plastics Make it Possible fashion competition sponsored by the American Chemistry Council and Gen Art.

As winners, Daniel and Wesley received $10,000 to create and showcase their collection on February 10th, during New York Fashion Week for the Gen Art New Garde Show, hosted by Molly Sims.

When I first read about the win, it came as no surprise.  If anyone can handle plastic, it’s Daniel Feld.  Who can forget that memorable dress he made out of blue plastic cups on the premiere of Project Runway, Season 5?  I’m still blown away by it.  And with Wesley Nault on his team — oh the places they will go.

Here’s what these two lovely designers had to say:

Pretty Connected (PC): How did you hear about the Plastics Make it Possible design competition?

WESFELD (WF): Gen Art contacted us and we thought it would be a great opportunity.

PC: Tell me about the collection and the parameters given to you by Gen Art.

WF: Our major sponsor was The American Chemistry Council and Plastic makes it possible. We had to use all plastic-based materials for this collection.

PC: What was your inspiration for the two dresses you entered into the competition?

PC: What was the first thing you did when you found out you won?

WF: We were very excited and started to

END_OF_DOCUMENT_TOKEN_TO_BE_REPLACED

A Night to Remember… 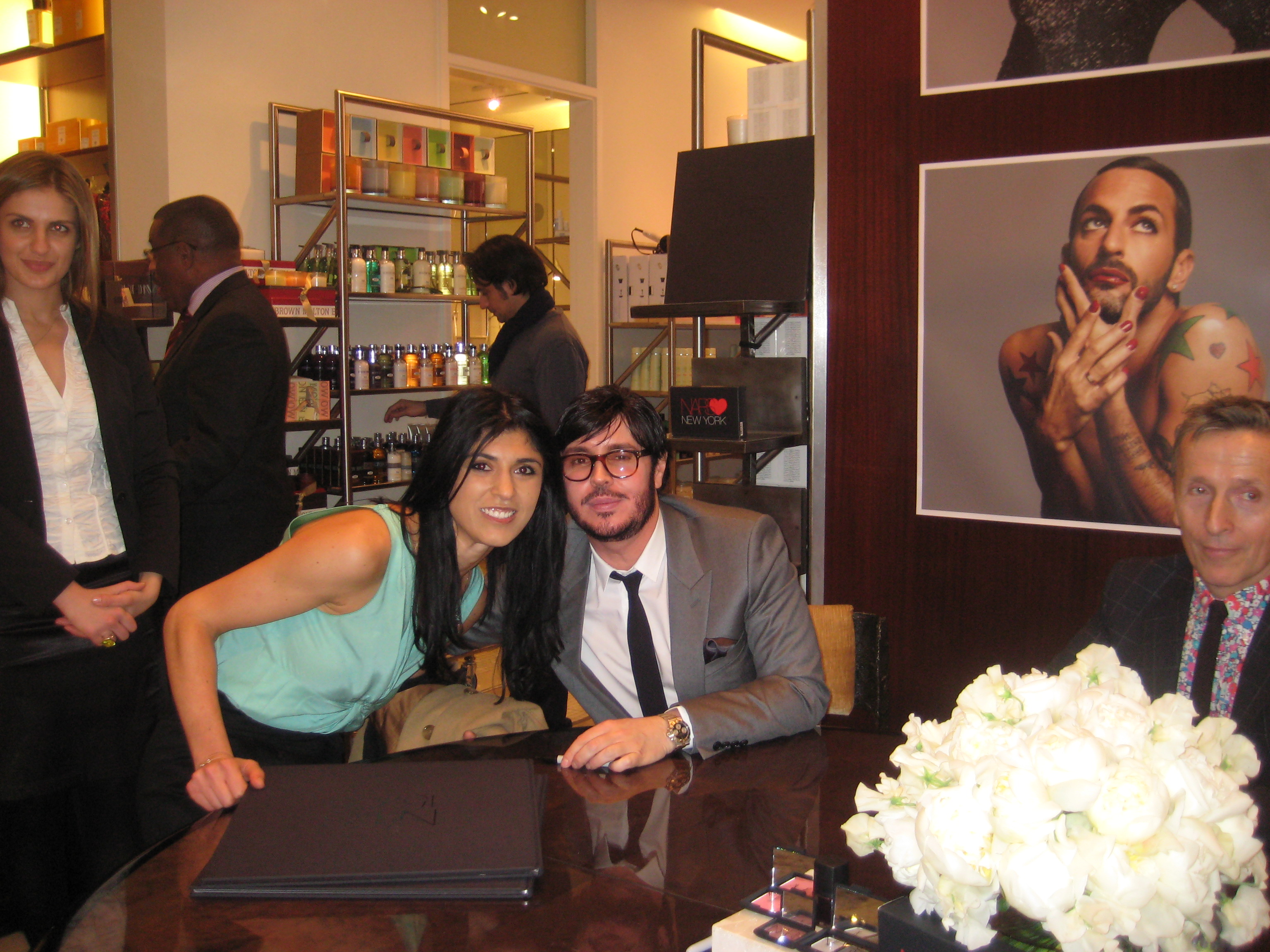 Having recently ordered Francois Nars’ latest book NARS 15×15, I could not pass up the opportunity to see the man behind the brand that began my career in beauty almost 5 years ago (and I wanted my book signed!). So I began my evening at Barneys, where Mr. Nars (alongside Simon Doonan) was more than gracious with his time and appreciation for my past work with NARS. Having the opportunity to see Francois Nars again and reunite with some of the makeup artists and NARS team was very special for me. 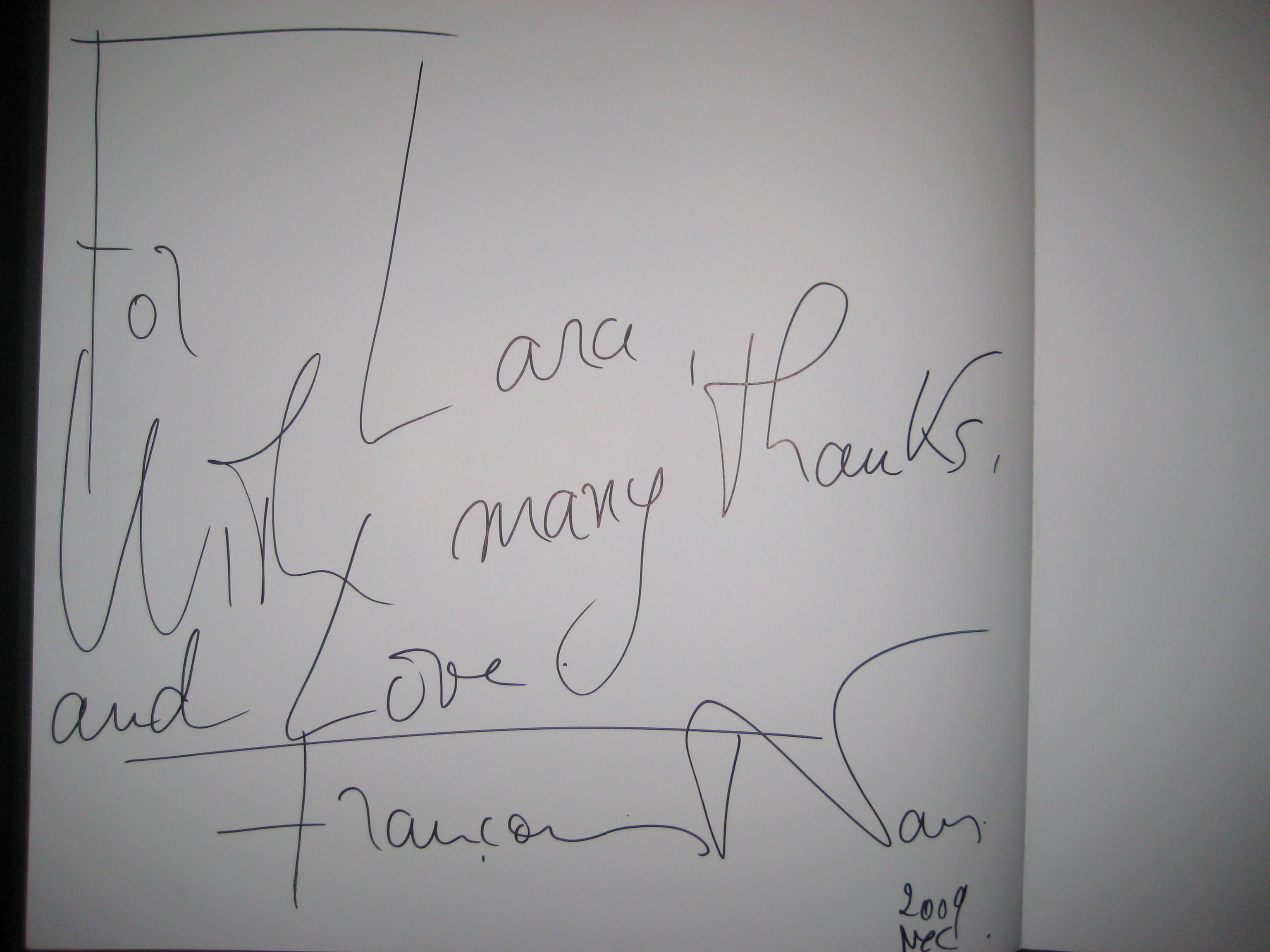 He signed my book ‘For Lara, with many thanks and love, Francois Nars’! My copy and I are going to have a very long and loving life together. The book is stunning and the proceeds will be donated to 15 charities selected by the featured celebrities. 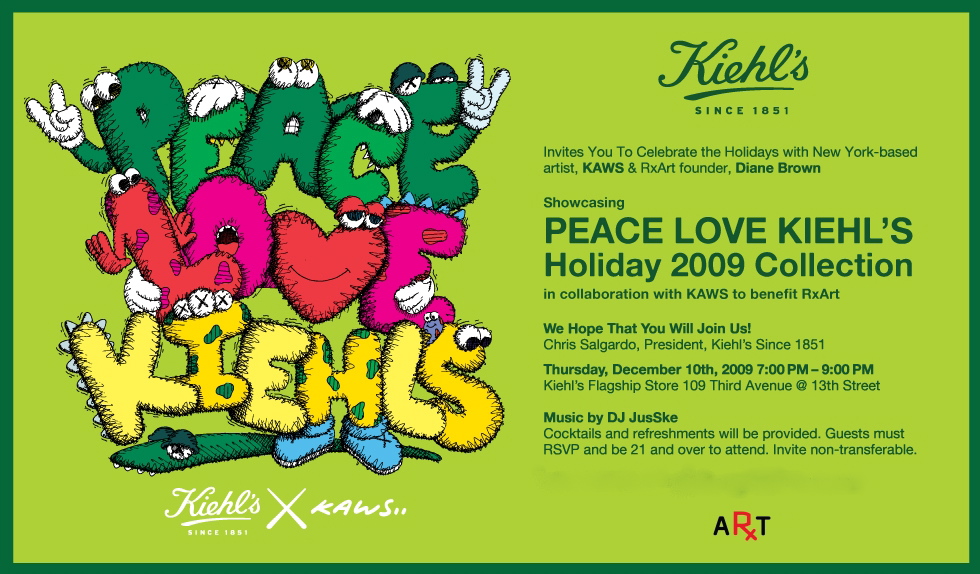 END_OF_DOCUMENT_TOKEN_TO_BE_REPLACED

A very belated thank you to everyone who called, texted, emailed, sent cards and came to my birthday.  You all made this day very special for me.  Leila and Natasha (and Jon), I really appreciate you helping me get ready.

Jordi for all the photographs!

Paul Labrecque Salon and Spa for doing my makeup. More details on my look HERE

Brad Stevens, my most favorite tattoo artist who doesn’t know it yet, but is going to draw me a belated birthday picture.

To Daniel Feld for the AMAZING necklace he made me out of a butterfly wing from the Amazon (I love it so much!). 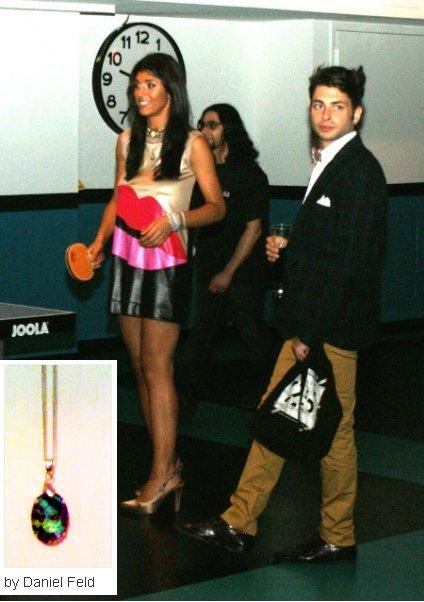 To Spin New York for hosting a wonderful birthday and showing my guests a great time.  I think I worked off all the calories from my birthday drinks playing ping pong in my heels. 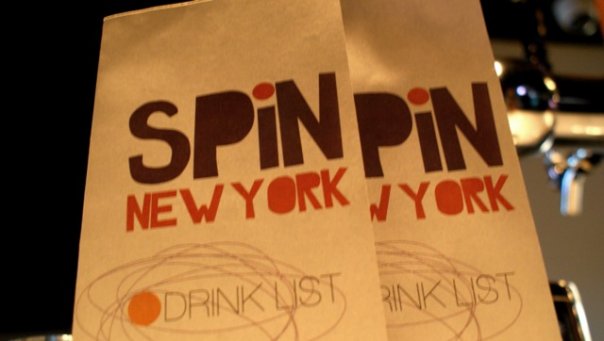 To Ducks, the restaurant at Spin for the great food and Cookies and Cream Ice Cream Sandwich that was better then any cake I could have asked for!

And especially to the LOVES of my life who got me the jazz band, the Mad Jazz Hatters from one of my favorite restaurants, Moto to play my party.  This is probably one of the most amazing gifts I’ve ever received.

The custom lyrics about my life they worked into their songs was really the icing on the cake!

I’m excited to announce that yours truely has been chosen to be the guest beauty writer for TheSwankCity.com.  Check it out! 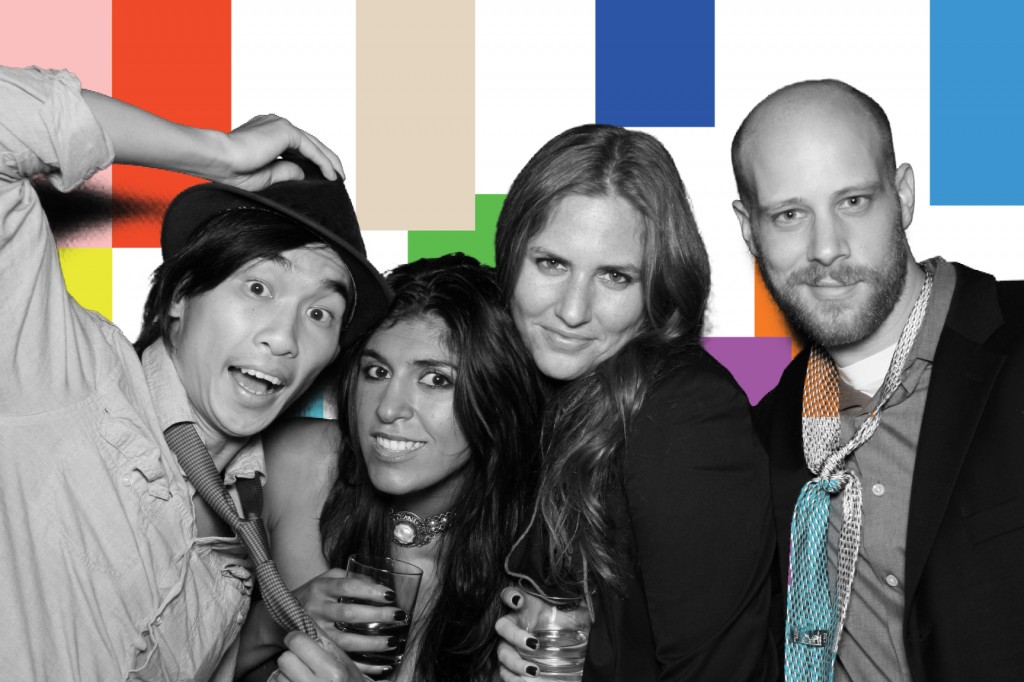 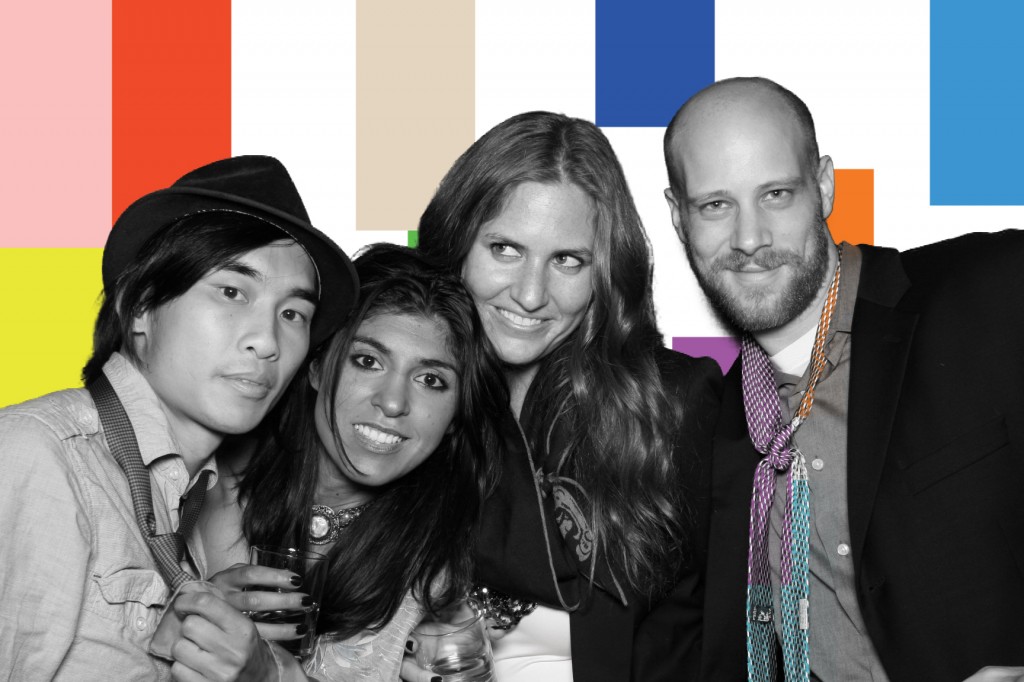