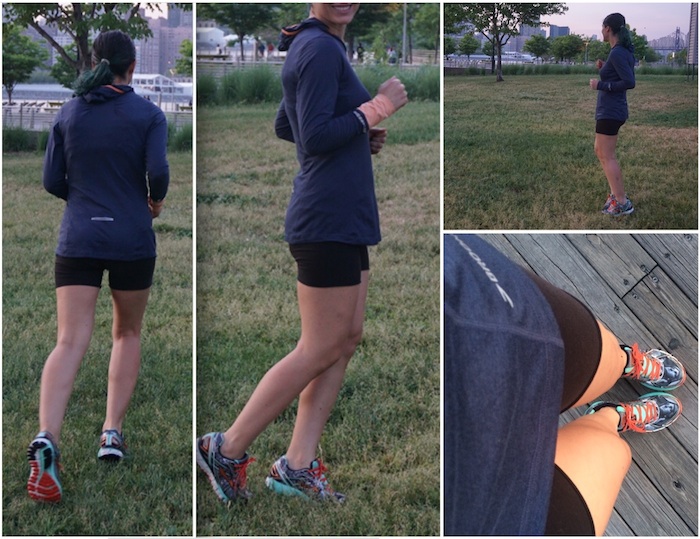 With beach bod season around the corner (DON’T PANIC YET…), Brooks Running Company has a little infographic to inspire you to lace up your sneakers! To celebrate National Running Day on June 3, Brooks Running announced the results of its third annual Brooks Run Happy Nation report. This isn’t your average scientific running report; it goes beyond the endorphin rush to reveal new information about what makes runners tick – from the undies they don to who they’re partnering up with (both on and off the road). 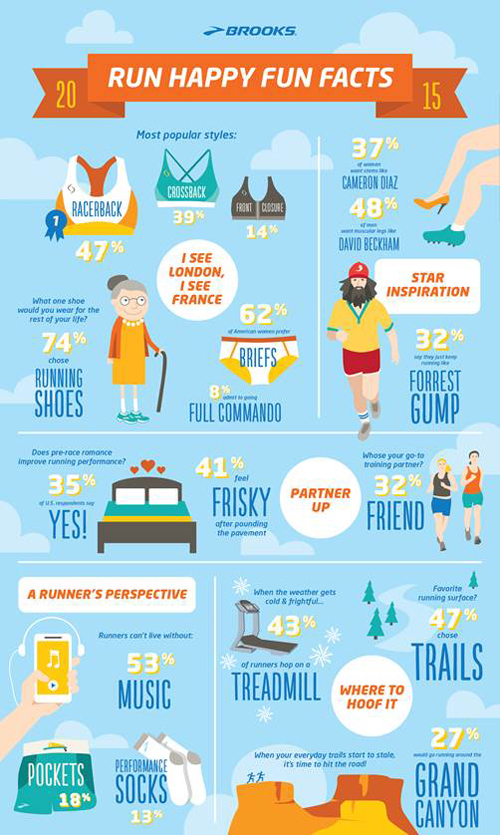 The Brooks Run Happy Nation Report was conducted by Wakefield Research among 1,000 runners 18+ who run at least once per week. The best part of the survey? The relationship-building extends from the trail to the bedroom. The survey finds pre-race romance with a significant other improves running performance for 35% of Americans (and for 48% percent of Americans under 40). And after a run? The after-run glow is contagious: 41% of Americans reveal they feel “frisky” after hitting the pavement. So grab your handsome man-candy and hit the trails ladies – his sweaty shirtless body might just be that endorphin rush you need!