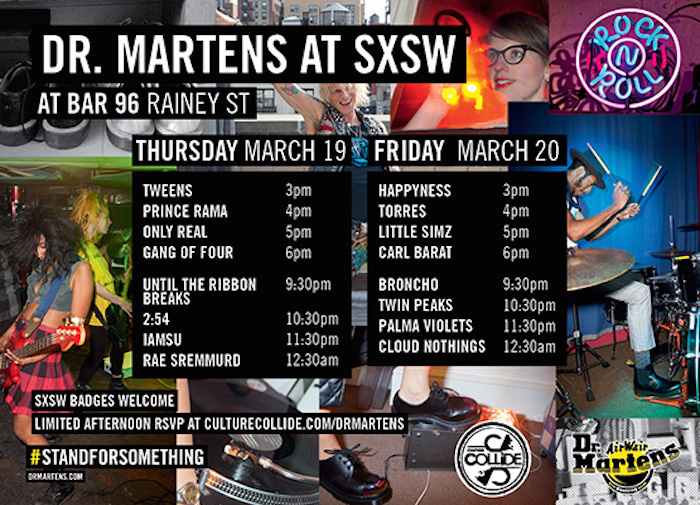 Hey, hey! Greetings from Austin! I’m finally out of the never-ending snow of NYC and in Austin for the next few weeks. If you’re coming out for SXSW join me March 19th and 20th at the Dr. Martens house at Bar 96.

Here are all the details!

For two days and two nights during SXSW 2015, the Dr. Martens house at Bar 96 on Rainey Street will be THE place to catch some awesome acts including Tweens, Torres, Twin Peaks, and more!

The festival kicks off at 3PM on Thursday, March 19th with Columbus-based band, Tweens. Performances will continue through the night of the 19th and begin again on March 20th with Happyness at 3PM.
To join us please be sure to RSVP: http://www.culturecollide.com/drmartens#.VOOkVEI-D_R
See you there!