Home Beauty Everything You Need to Know About Microblading 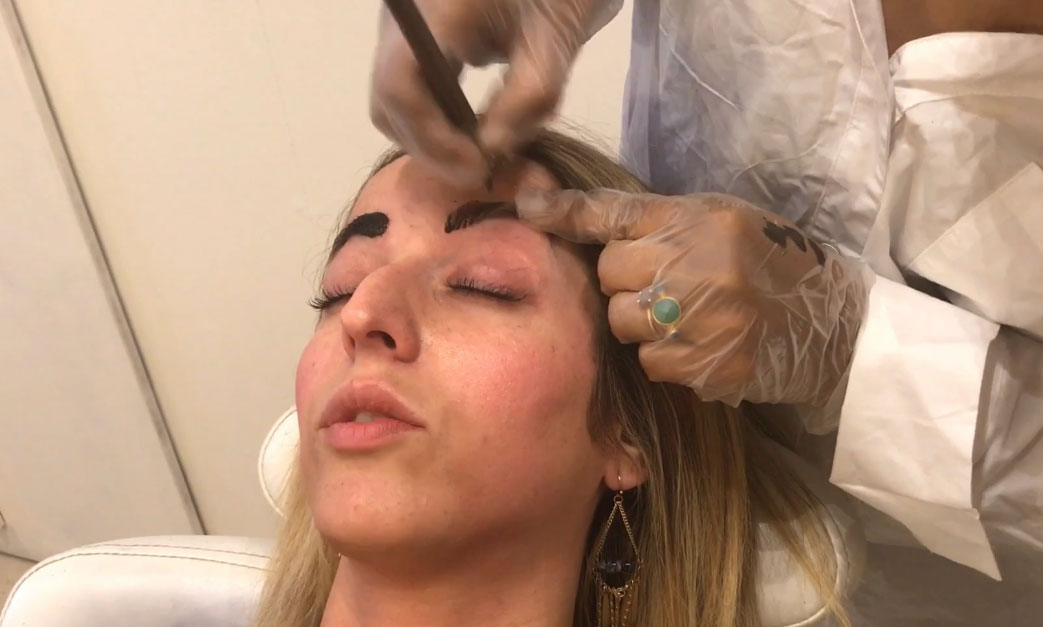 It doesn’t matter if you like them arched, feathered, straight or bold: eyebrows are arguably the most important facial feature and with the semi-permanent eyebrow tattoo process known as microblading dream brows are just scrapes away. While you can work some magic with your favorite brow pencil and a nifty little angled brush, there’s a very natural option that delivers semi-permanent results and substantially less effort. Unlike the sometimes unfortunate Sharpie-esque effects of permanent makeup, microblading is more of an intricate embroidery of trompe l’œil strokes that mimics the look of natural hairs.

**Watch Ashely get her brows microbladed! Sorry about the inconsistent volume guys I had a little difficulty editing out some of the background music so I wouldn’t get any copyright issues.**

Admittedly, I was blessed with very full and defined brows but with so much internet buzz and friends asking me about fuller brows and microblading, I decided to enlist and play spectator to my friend Ashley who allowed me to film and watch process. I also had the perfect place. For eyebrow threading, I’ve been going to Hibba of Hibba Beauty NYC for almost 7 years, since she opened her first location in Soho. Now with two additional locations under her belt (Grand Central and Columbus Circle), there’s no one I trust more in the art of shaping then her. Offering all things brows at her brow bars, I set Ashley up for an appointment and grilled her with every question under the sun. You can watch her her second microblading appointment live in the video above! I also had so much brow envy after the second appointment, that I got into the chair for fill in one sparse area that’s been annoying me for some time.  Just proving that this service is great for all level of brows. Here’s Ashley’s before and after and what we learned: 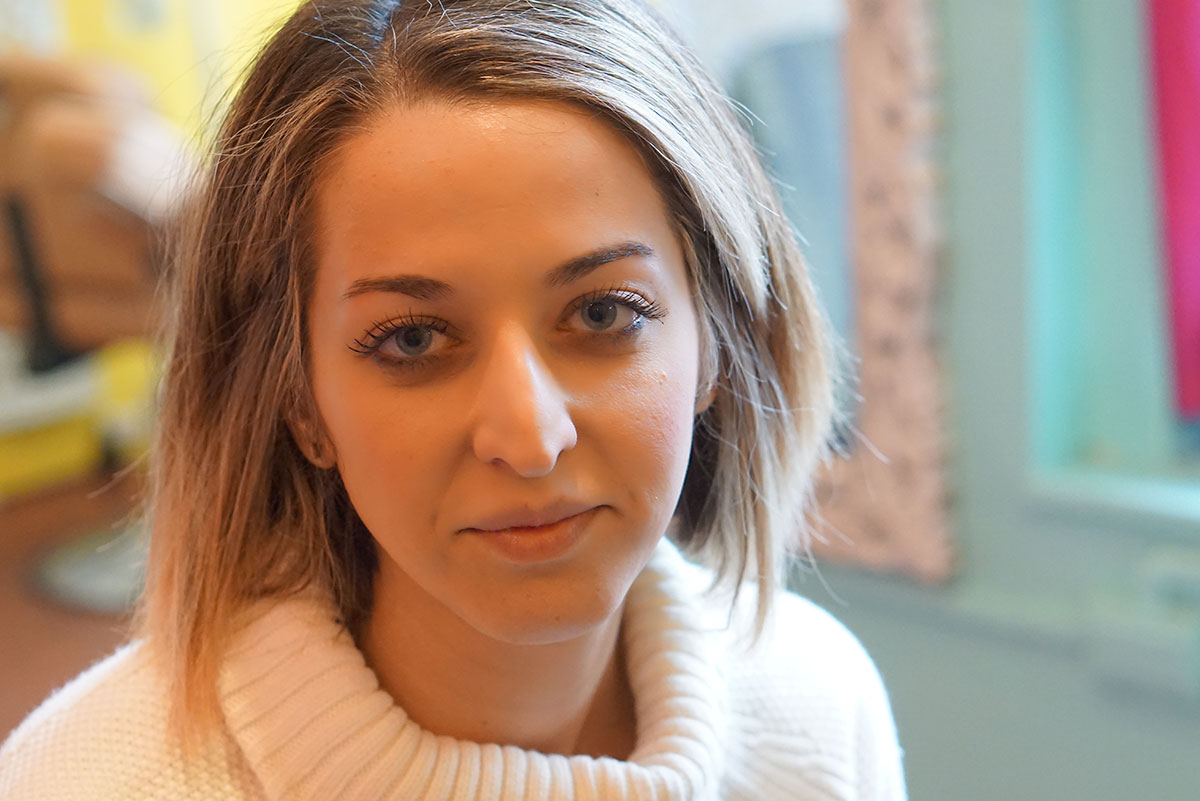 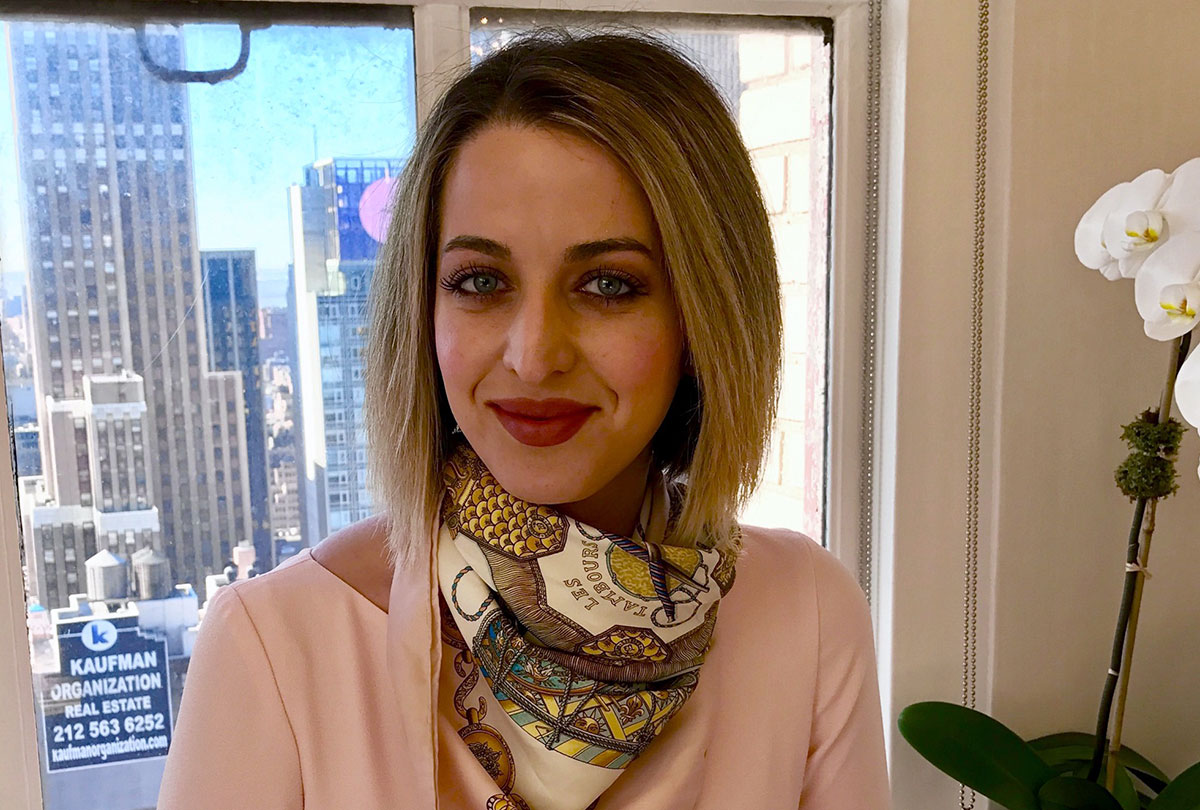 Microblading is a form of tattooing but unlike a regular tattoo, it involves pigment being implanted under the skin with a hand held manual tool (basically a small X-ACTO blade looking tool with ink on it) versus a machine. It’s also a smaller blade, and actually to be more technical it isn’t a blade but actually 11 small sharp needles.

HOW LONG DOES MICROBLADING TAKE AND WHAT TO EXPECT

The whole thing takes about 15 – 30 minutes when all is said and done including, set up/consultation, mixing of the color and application. The actual time cutting on the brow is about 10 minutes for both brows. First, the ink is custom mixed and applied to the device (again think X-ACTO blade), and then scraped into the brow hairs. Then when the cuts are made a healthy amount of ink is applied over the whole brow (this is the funny part where you look like an angry cartoon character). Then comes the clean up. Numbing cream is also often applied in the beginning depending on pain tolerance.

HOW MANY APPOINTMENTS DO YOU NEED

For most cases 2 appointments. The first should include a consultation where the brow specialist fills in your brows with makeup so you both are on the same page. This is also why going to a brow specialist over a tattoo artist is generally more ideal. Make sure you know what you’re getting past just bringing in a picture. Have the application done in a non-semi permanent way so you can make sure you’re getting your dream brows in shape and color.  TIP: Bring a friend with you to help give you advice on the shape if you’re indecisive.

It is normal for the color applied to your brows to be darker than your regular shade. This will fade within 10 days of getting microbladed. In that time it is pertinent to not get your brows wet and to follow the instructions given by your technician. The second appointment is roughly 1-2 months after and for maintenance. Under some occasion you may need another touch-up over the next year but for the most part should be good to go after two appointments. Make sure a follow-up appointment is included in the pricing or taken into consideration when choosing a place. The follow up is similar to the initial process and helps set everything so it lasts longer.

Most patients are given a topical numbing cream before the procedure although with or without it expect some discomfort but nothing earth shattering. Especially since it’s only a few minutes of being bladed and then it’s over. I would say it’s more unpleasant then painful — neither of us screamed or cried, so there’s that! It feels like your eyebrows are being scraped by an X-ACTO blade in short strokes. On the upside it moves around so it helps distribute the pain. It’s over before you know it with no lingering sensitivity. Don’t be alarmed if you have some minor bleeding and scabbing, remember, this is completely normal as microblading, as I mentioned, it is a form of tattooing.

HOW LONG DOES IT LAST

DO NOT DO THE FOLLOWING BEFORE AN APPOINTMENT

It’s important to note that if you drink alcohol a lot, take aspirin, or use retinol, you should stop one week before your appointment (or at the very least a few days), as all of these things tend to make your skin thinner, resulting in more bleeding than usual. Also if you get face fillers like Botox, talk to the technician before making an appointment. Ashley raised a good point about that. Your brows are framing your face and if you’re about to lift or mess with your face it needs to settle first, since your new brows should balance your face. And in any case this is something you should consider and talk to your brow specialist about in advance. TIP: before entering the shower, or luxurious bubble bath, apply the recommend balm to your brows, stick a small piece of saran wrap to it & it will block the water from touching your brows. Like we said, any form of moisture will affect your results.

While your new brows will be selfie-ready immediately after the process or not, it’s important to carefully follow post care instructions, which generally lasts 10 days after the process. Also schedule a follow up 1-2 months after your appointment. The color of your brows will be at its darkest the first two weeks but will eventually start to lighten as your skin heals and sheds the excess pigment. During the healing process, it’s imperative that you protect your freshly bladed brows from all moisture- no excessive sweating or washing your brow area with water, so stock up on makeup and cleansing wipes. They will also recommend balms you can use on your brows. NO MAKEUP on the brows during this time. Don’t get lazy on the post instructions. You want this to last as long as possible, make it count! PRO TIP: Before entering the shower, or luxurious bubble bath, apply the recommend balm to your brows, stick a  small piece of saran wrap to it & it will block the water from touching your brows. Like we said, any form of moisture will affect your results.

Hibba has generously offered a 20% off code to Pretty Connected readers with code: Pretty20. For full list of services and prices visit hibbabeauty.com

If you have any additional questions just let me know and I’ll address in comments. xoLara