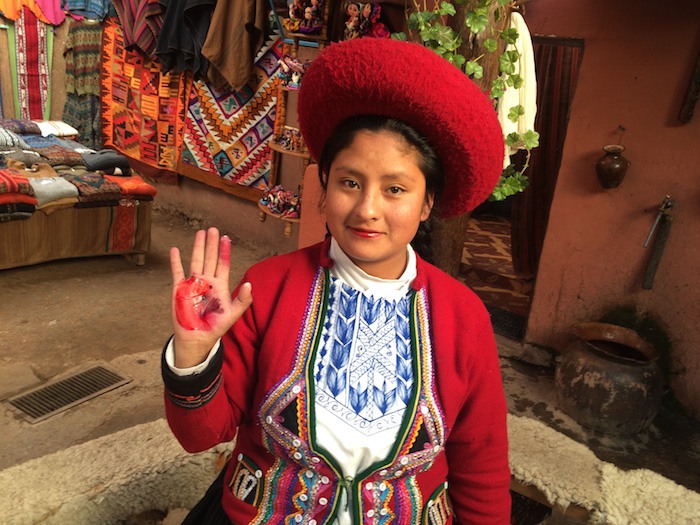 Happy National Lipstick Day! In honor of this day I thought I’d share a really interesting lipstick moment from my trip to Peru! In between Cuzco and Machu Picchu lies the Sacred Valley. While you won’t see a Sephora on the drive I did learn the secret to 24 hour kiss proof lipstick!

In the town of Chinchero located in the Sacred Valley in between Cuzco and Urabamba I learned about the Cochineal insect and was privy to a live demonstration of what this bug can do! The crimson-dye producing insect was used by the Aztecs and Maya peoples of Central and North America since the 15th century where it was primarily used to dye fabrics and cosmetics. Found on the prickly pods of the cactus leaf, the insects are killed by immersion in hot water, exposure to sunlight or heat of an oven and then dried. Excreting a natural red dye, the color can then be changed using a variety of minerals for desired effect. In my demonstration I watched as the Incas used the insect to dye alpaca wool as well as put it on their lips for lipstick. 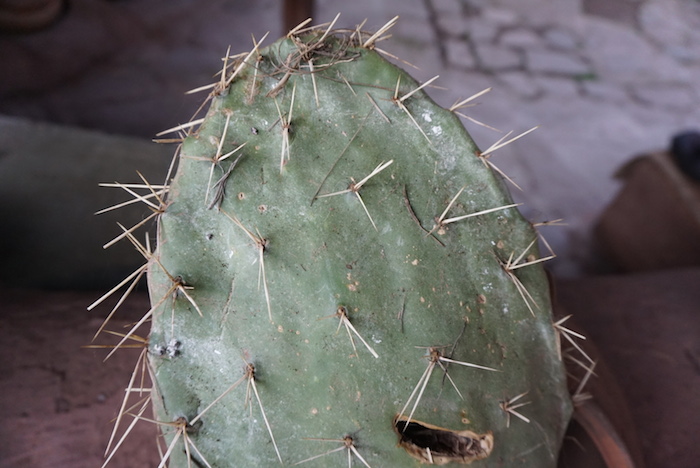 Cochineal extract or Carminic acid which is obtained from the body and eggs of the Cochineal insects has since made its way in a variety of natural cosmetics mainly in lipsticks and blushes ranging in orange and red tints. If you’re wondering if your products include cochineal it can be found listed in the ingredients under ‘carmine’, ‘natural red 4’ or ‘crimson lake’, ‘C.I. 75470’, or ‘E120’. 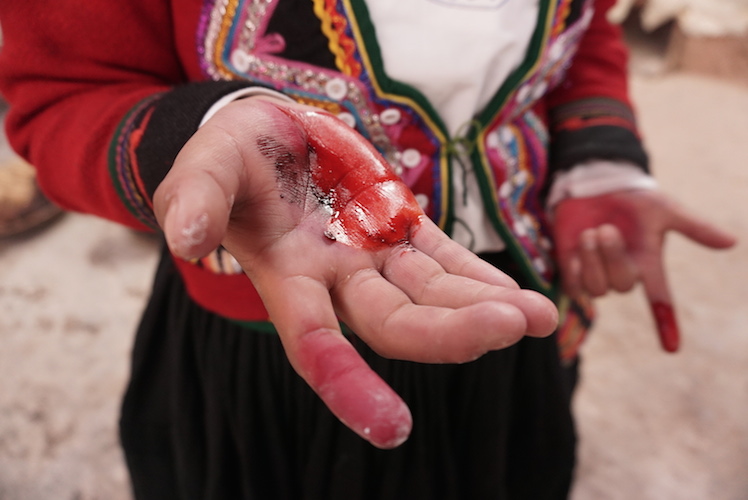 Here’s a fun fact, it takes nearly 70,000 bugs to obtain one pound of cochineal, or carmine coloring. Funny enough the dye goes beyond just what’s in your makeup bag. According to my research the Cochineal made headlines when it was discovered the dye was used in Starbucks’ Strawberry Frappaccino. The protest by squeamish customers and vegan community ultimately had the coffee chain change its practices but apparently the dye can still be found in thousands of other foods including pink Nerds candy to Ocean Spray’s Ruby Red grapefruit juice.