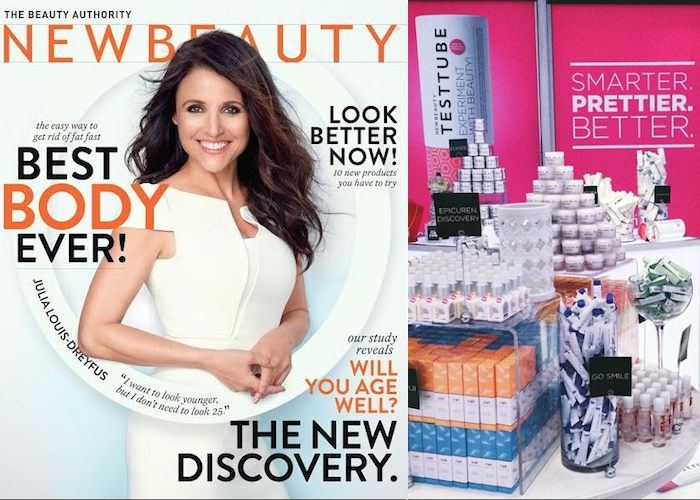 Congratulations to my loves at NewBeauty Magazine! Last night we celebrated the publications 10 year anniversary with NewBeauty Editor in Chief Yolanda Yoh, NewBeauty Vice President, Group Publisher Steffanie Attenberg and SANDOW CEO Adam Sandow for what was a beauty-full event, featuring two floors of beauty brand activations, makeovers, and photo booths. Guests also we’re able to experience their TestTube program, which if you’re not familiar with think Birchbox, but they actually launched their sampling program first!

The TestTube sampling program features a variety of the deluxe and full-sized breakthrough beauty products delivered six times a year for just $29.95. It also includes a subscription to NewBeauty magazine (you can learn more HERE). 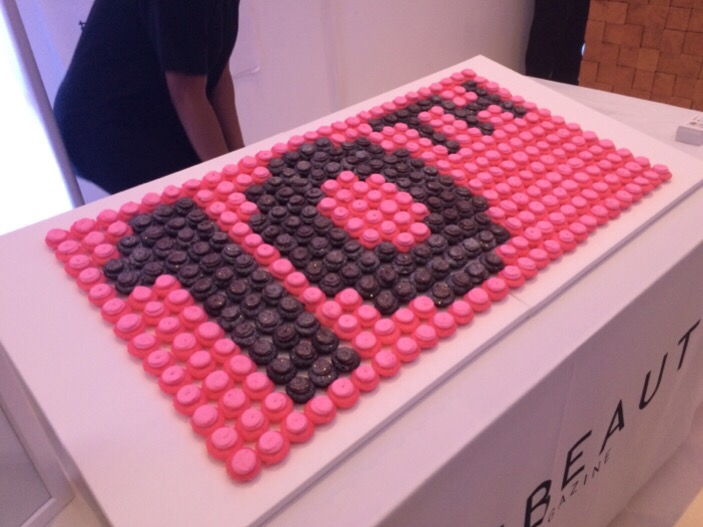 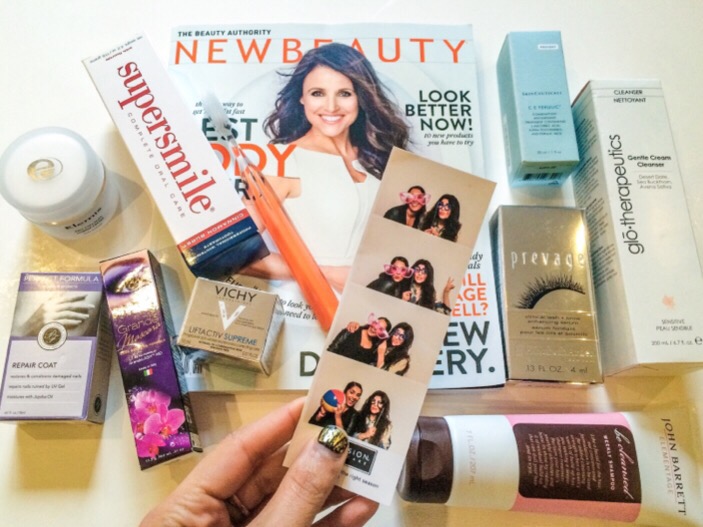 On display was also the Spring/Summer issue of NewBeauty magazine, which features Veep actress, Julia Louis-Dreyfus on the cover. On newsstands nationwide on March 31st, the issue features an exclusive interview where the actress confesses her skin-care routine, why aging scares her and her biggest beauty obsession. Here’s a sneak peak at some of the highlights from the interview:

On Aging: “You’ve seen me age! I’ve been in showbiz for so long. From the first time people saw me on Saturday Night Live until now… it’s no secret that I’ve gotten older. I’ve gotten older in front of you and that is odd – it is still so strange to me that everyone has seen me age on a public stage. It’s totally changing and difficult.”

On Her Guilty Pleasures: “I have a lot of guilty pleasures – wine and chocolate, in particular –but when I cut them out completely, I get into a lot of trouble. My mantra is moderation.”

On Her Red Carpet Trick: “One thing I learned in the past 15 years, is if you aren’t sure about how you look, take a picture of yourself. Sometimes looking at yourself in the mirror is not a true evaluation; sometimes, you need that distance of the camera. I know that sounds crazy, but I think it’s true.”

On Her Secret Beauty Habit: “I cannot live without my magnifying mirror in my bathroom. It’s like 5X magnification. It really helps.”

On Her Biggest Fear: “Surgery really scares me. I’m really afraid of it. But I’m more afraid of unwanted hairs that I can’t see in my magnification mirror!”