Home Books Going on a Power Trip with Jackie Collins 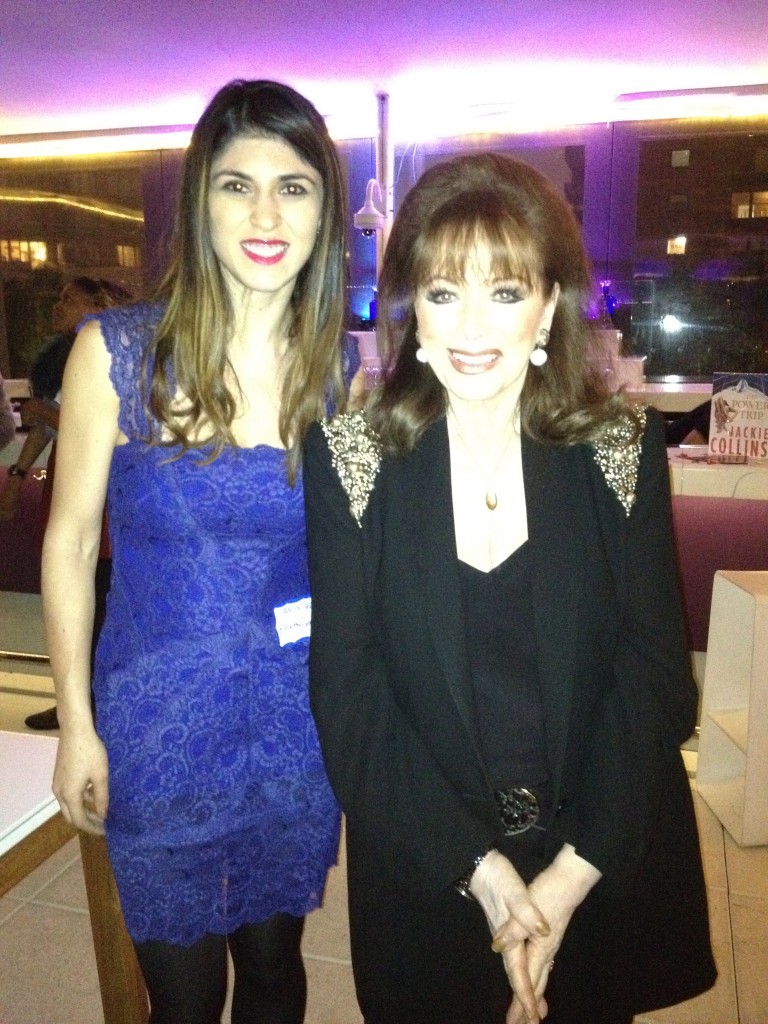 As far as I’m concerned there are two types of women, Jackie Collins fans and those who don’t know they are Jackie Collins fans yet (the rest of you are just pretending).  I used to be the latter until meeting the author a few years back and by the end of our interview I was completely enamored.

Her kindness, coupled with her no nonsense, tell-it-like it is attitude is so refreshing as is her genuine love of women and commitment to building strong female characters in her books. Collins is a dreamer, a natural story teller, with a huge imagination and she inspires me every time I’m around her. So consider my reaction when I was asked to host the launch of her latest book, The Power Trip. Let me be clear, my Vespa’s name Lucky (after my favorite JC character),  her autographed picture which she signed “Stay Lucky” hangs in my office and at least once a week I have a ‘what would Jackie Collins do?’ moment — you get it, this offer made my life.

{Co-hosts, myself and Jamey Giddens of Daytime and Pop Confidential with Jackie Collins} 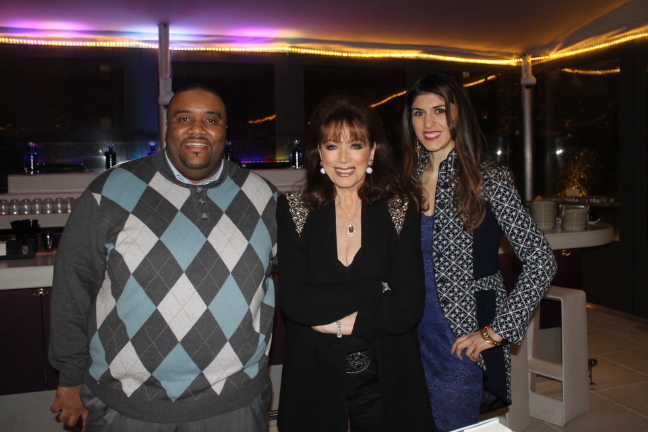 So alongside the talented Jamey Giddens of Daytime and Pop Confidential, we co-hosted the press event at NYC’s Yotel all Family Feud style. Literally. We divided 40 or so press and bloggers into two teams for some Pop Culture Trivia. The winning team got to face off against Collins herself for the ultimate showdown. First off, if I knew being a game-show host was this much fun, I would have switched careers. Bloggers in competitive mode is one of the most entertaining things to watch. (I should have filmed it.)

Collins also sat down with guests to discuss The Power Trip, making the characters come to life as she describes them. “There’s a Russian billionaire, [the story takes place on his yacht when he decides to throw a birthday party for] his very beautiful girlfriend and five very powerful couples are invited to come on this fantastic trip. There’s a cheating politician and his very miserable wife; an African footballer, he’s English (very famous), with his designer wife; a 50-something movie star with his 20-something girlfriend (he never wants to get married)…”

While it’s no secret Collins often bases her characters off the who’s who of Hollywood (and what goes on with them behind closed doors), the fun part is always trying to figure out who? “People kept asking me is it George Clooney? Is it Ryan Gosling? Is it Bradley Cooper. And I go, it could be a little bit of all of them or it could be none of them…”

Collins then shares, “this is my 29th book.” The room bursts into applauds – ALL of her books have appeared on the New York Times bestsellers list. “Follow your dreams because I was never encouraged. People said to me — oh you’re a high school drop out, you we’re thrown out of school at 15. You have to get a degree, you have to go to college, you have to do this, you’ve got to do that. You can’t be a writer and I followed my dream.” She also shared, “my philosophy is girls can do anything. Girls have to be powerful. Girls have to pursue a career, they have to be strong, they have to have respect for themselves.”

While there are no Santengelo’s in The Power Trip, it’s still every bit a page turner packed with adventure, betrayal — and naturally lots of steamy sex scenes. Spoiler alert for my fellow Lucky fans – Collins is launching a cook book for our favorite leading lady. And in her next novel, we’re getting a prequel. That’s right, the book will be based on Lucky during her transformative teenage years. And as for her kids Bobby and Max, in one of her future books Bobby’s going to the dark side. “He’s entirely too perfect right now, something’s going to happen at the beginning of the book that changes him. I won’t know what it is until I start writing it but it’s going to be something big to make Bobby turn the way Michael Corleone [of The Godfather] did.”

Can someone turn her books into a movie or TV series already? If you’ve never read a Jackie Collins book, think Fifty Shades of Grey only the lead character isn’t pathetic with annoying alter egos and you won’t be bored by the time you get the the end of the 2nd book.

{Team captains Amy of Midtown Girl vs. Jill of Glamamom} 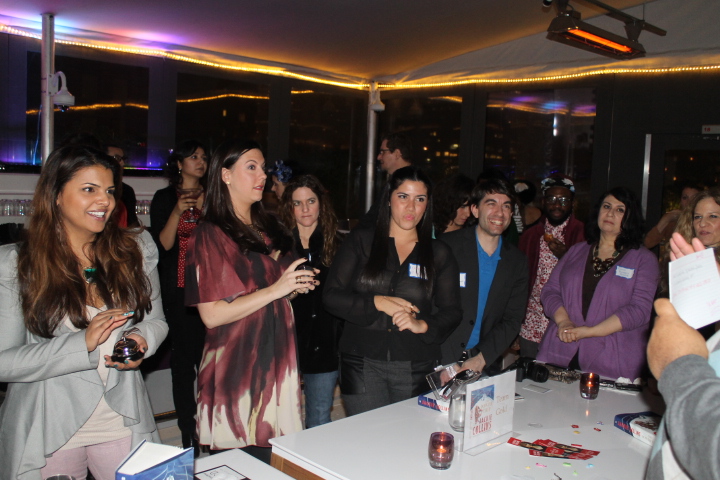 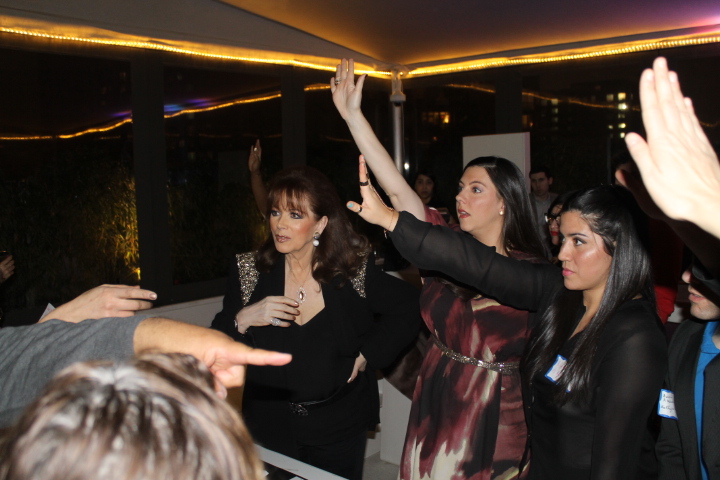 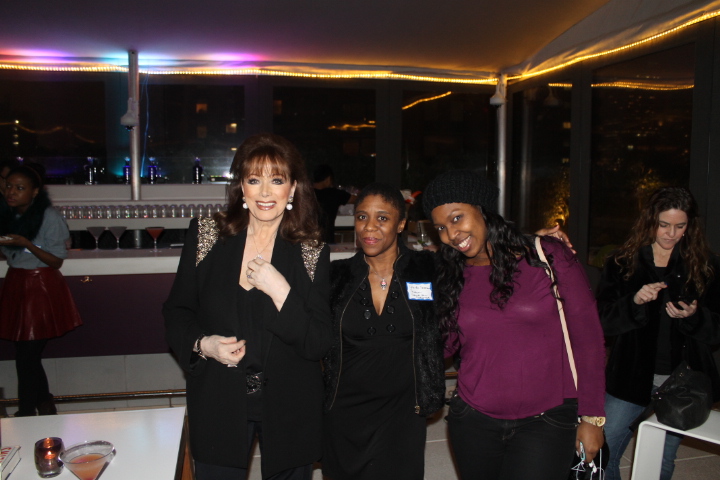 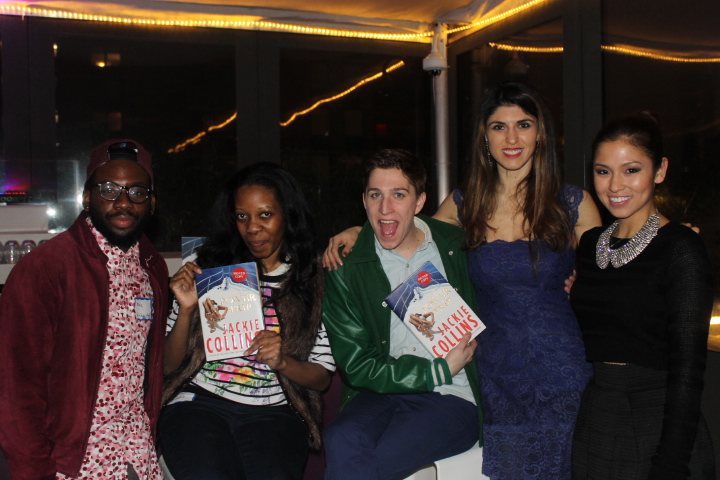 {Jackie Collins and Jill of Glamamom} 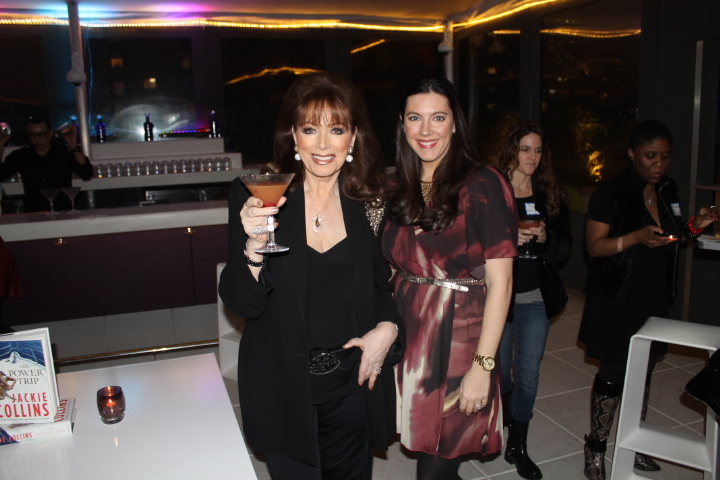 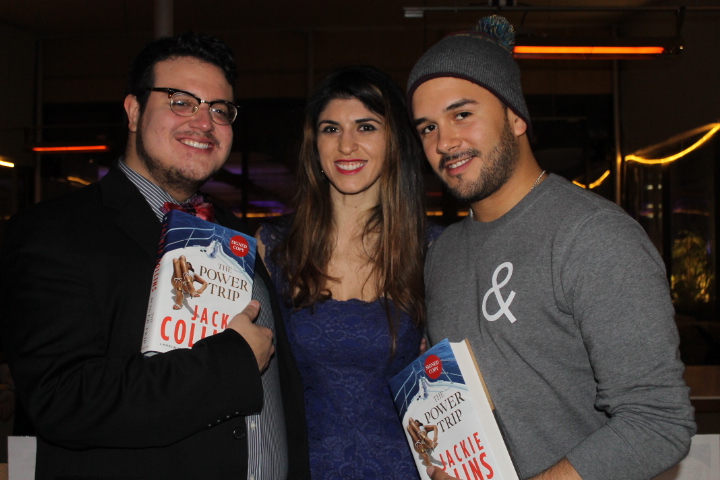 Thank you to Jackie Collins, and all of our wonderful guests for a wonderful evening!