Generally, I’m not one for Midtown bars, but the timing worked out perfecting since I scored two tickets to Bon Jovi at Madison Square Garden and figured, why not? I grabbed my date, got a drink and endured an over-booked party –we lasted about 20minutes. I don’t care how much free alcohol is in tow, it’s not worth being constantly bumped into because a party is at capacity. And I’d love to comment on the food (mainly the brownies), but literally the poor waiters would come out with horderves and would get pounced on. The problem was the party was thrown upstairs in the lounge, which is a very cool, intimate space that on a non-open bar, invite-the-entire-city type of an evening, would be a great hang out. And their signature cocktails are great! The downstairs is a large seated restaurant with bar. I wish they extended the celebration into that space so we had more room (the restaurant only had a few reservations). So naturally, my date and I took our free drinks and went downstairs to hang out with the commoners–they had it made, space and instant service all at the cost of a drink! 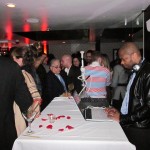 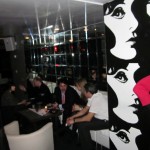 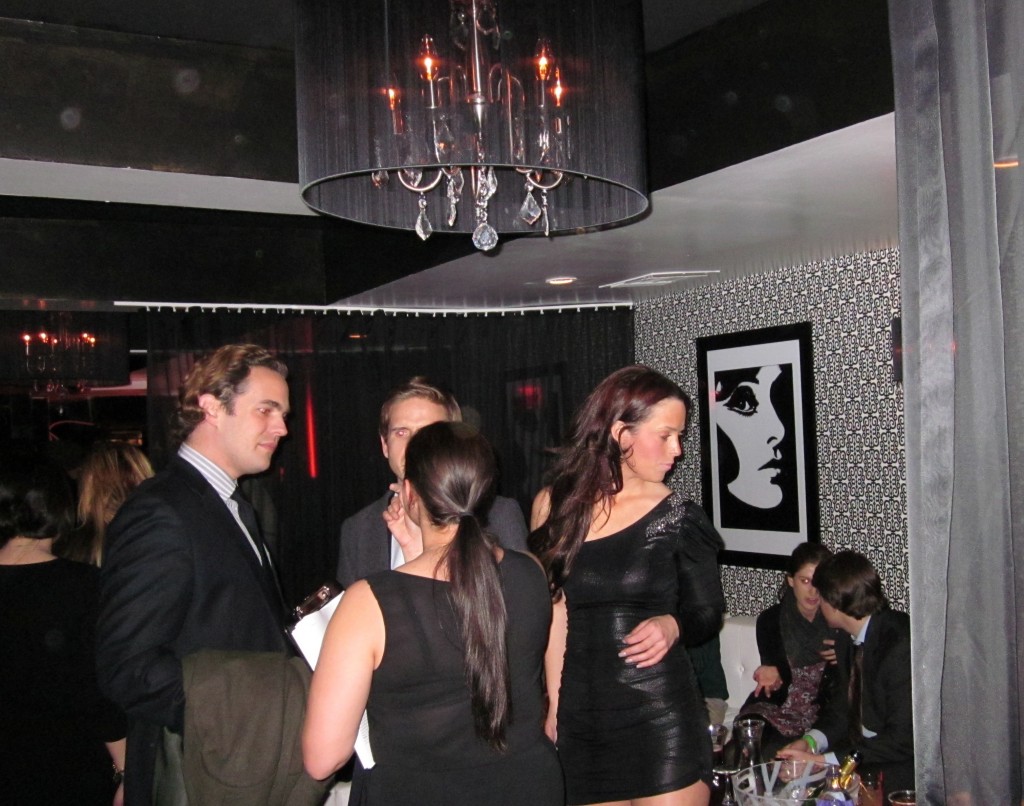 Then off to Bon Jovi! I had box seats, which we’re given to me through a promotion  A Small World was doing with the Willow Club and I have to say I’m not a fan –of box seats that is. Bon Jovi on the other hand if for no other reason than Andy Samberg’s SNL skit which involved a ‘Jovi punch’ and ‘FULL RECOVERY!’ (amazing),  I will be a lifelong fan. While it’s pretty amazing having a view of the entire, ginormous stadium, not being able to scream at the top of your lungs or put your hands up and dance like an idiot really loses something in a concert experience. I didn’t really even feel like I was at a show, more like I was hanging out with my my friend Mike, having our regular catch-up time, with Bon Jovi casually playing in the background. Today is Bon Jovi’s 49th birthday and all I can say is he’s still got it. Although he was really bringing on the cover songs.  This is him singing Roy Obison’s “Pretty Woman.” He also through in some Rolling Stones.

For more Bon Jovi hits, check out my YouTube channel prettyconnected. Mike and I then skipped out on the encore to catch the tail end of the Harboring Hearts first annual fundraiser, A Winter Cocktail,  at the Rubin Museum of Art. The goal of the benefit was to raise funds to for their pilot program and resolve the current housing problem for heart transplant patients and caregivers in New York City.

Quite a success considering the room was filled and everyone seemed to be having a great time. Understandably, since DJ Harley Viera Newton (that’s a mouthful) had the dance floor hopping! We we’re slightly under dressed, although no one seemed to notice over Mike’s crowd pleasing Michael Jackson dance moves (Note to self: if you’re going to be fashionably late and under-dressed for a party, bring Mike…always). After a long night of being stepped on, followed by sitting around in a box, getting to socialize and dance was exactly how I wanted to close out my night. That and I got to spend it with two very enjoyable blogger-friends, Jonathan Valdez and Christine Tsang!

Disclaimer: I had complimentary entry to all of the events… but I was under no any obligation to write about it.