SATURDAY Express Invites YOU to Rock the Sidewalk

Ever wanted to be a model and walk the runway? Or watch a fashion show live? Well here’s your chance! This Saturday, 7/23 Express is taking over Times Square (NYC) and is opening their runway to the public in an attempt to break the Guinness World Records for most people modeling on a catwalk (current record is at 521). From 9am-5pm, models (that’s you!) get an exclusive Express tee, a surprise savings card, and a chance to win a $250 Express Gift Card. Then at 9pm Express will host their Holiday 2011 Runway Show. Can’t make it? Watch the show live at 9pm at Express.com.

And yes, I’ll be there! Last night Lucky Magazine and Express hosted a little soiree to celebrate the campaign and asked 8 bloggers to partner with them –myself being one of them! So I’m throwing out my camera fear and going to rock that runway! I hope you’ll join me! I’ll also post pictures from Saturday’s event and how I styled the Express collection so check back! 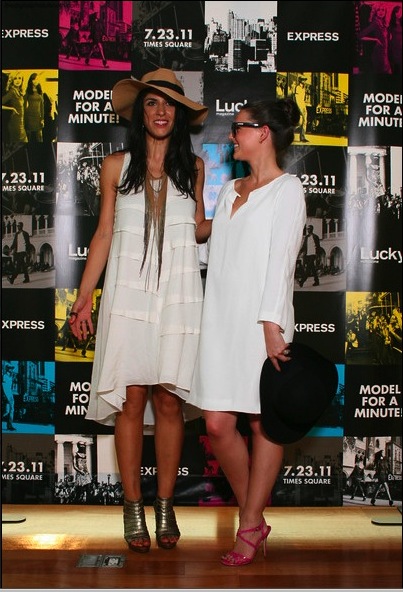 Caroline from sweetcarolineinthecity.com and I we’re jazzing up our outfits with Express accessories. I’m all about this Express Necklace! 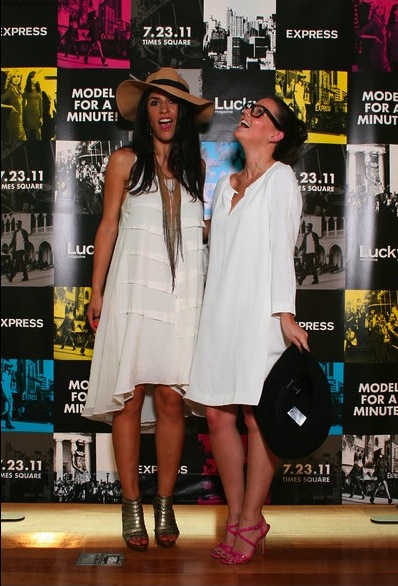 I was getting Parisian nerdy-chic with Express while

END_OF_DOCUMENT_TOKEN_TO_BE_REPLACED

Generally, I’m not one for Midtown bars, but the timing worked out perfecting since I scored two tickets to Bon Jovi at Madison Square Garden and figured, why not? I grabbed my date, got a drink and endured an over-booked party –we lasted about 20minutes. I don’t care how much free alcohol is in tow, it’s not worth being constantly bumped into because a party is at capacity. And I’d love to comment on the food (mainly the brownies), but literally the poor waiters would come out with horderves and would get pounced on. The problem was the party was thrown upstairs in the lounge, which is a very cool, intimate space that on a non-open bar, invite-the-entire-city type of an evening, would be a great hang out. And their signature cocktails are great! The downstairs is a large seated restaurant with bar. I wish they extended the celebration into that space so we had more room (the restaurant only had a few reservations). So naturally, my date and I