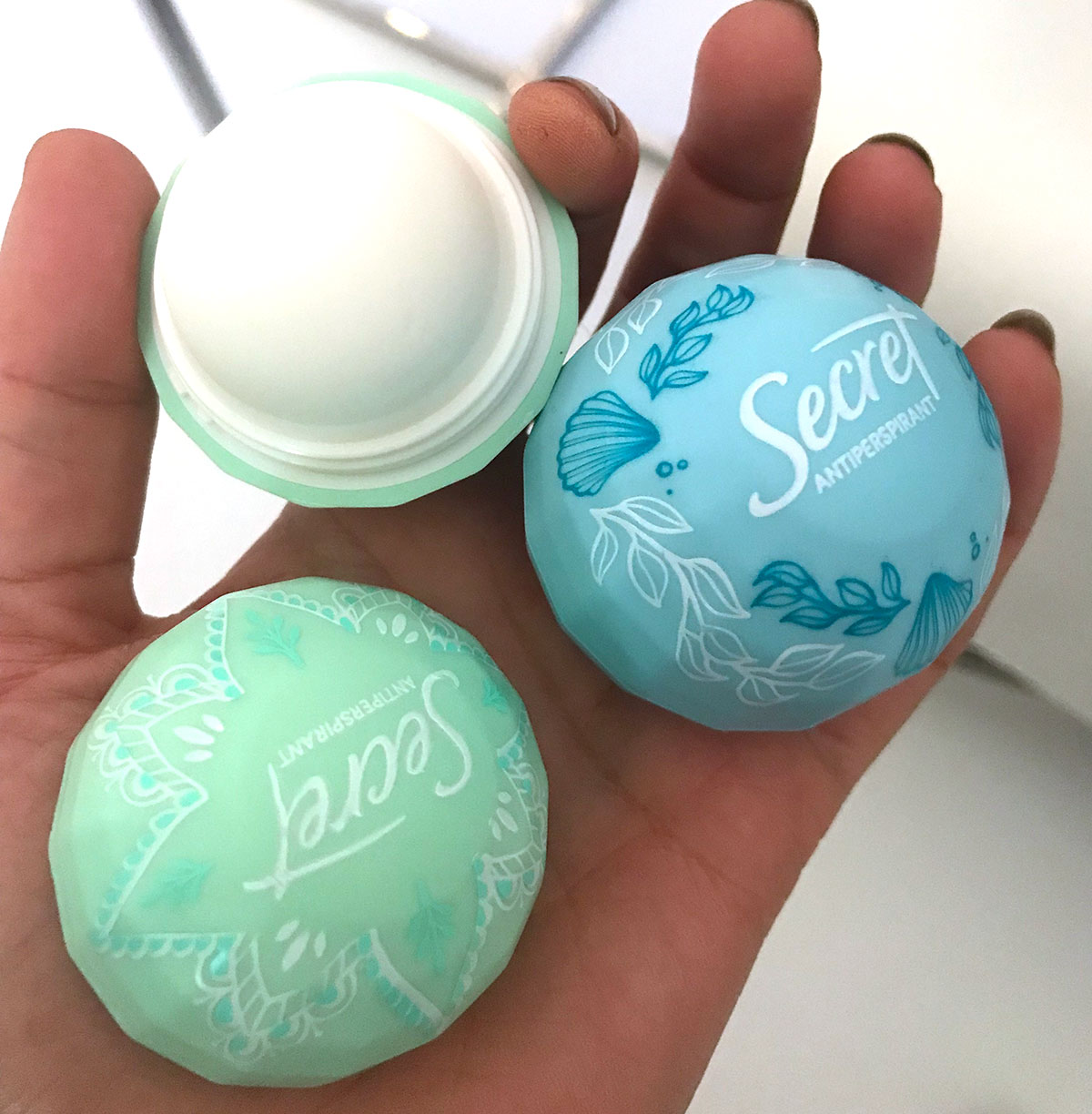 Secret just dropped Freshies, the most Instagrammable deodorant, not to mention totally functional, purse/travel friendly antiperspirant in four scents ($4.99 each). Available in Invisible Solid, this mini antiperspirant & deodorant comes in scents, Cool Waterlily, Luxe Lavender, Chill Ocean and Paris Rose. It’s the easiest and most inconspicuous/discreet bag deodorant for anyone on the go. It looks like EOS lip balm packaging on steroids. I’m headed to LA next week, and so excited to pack this little ball of pastel with me. 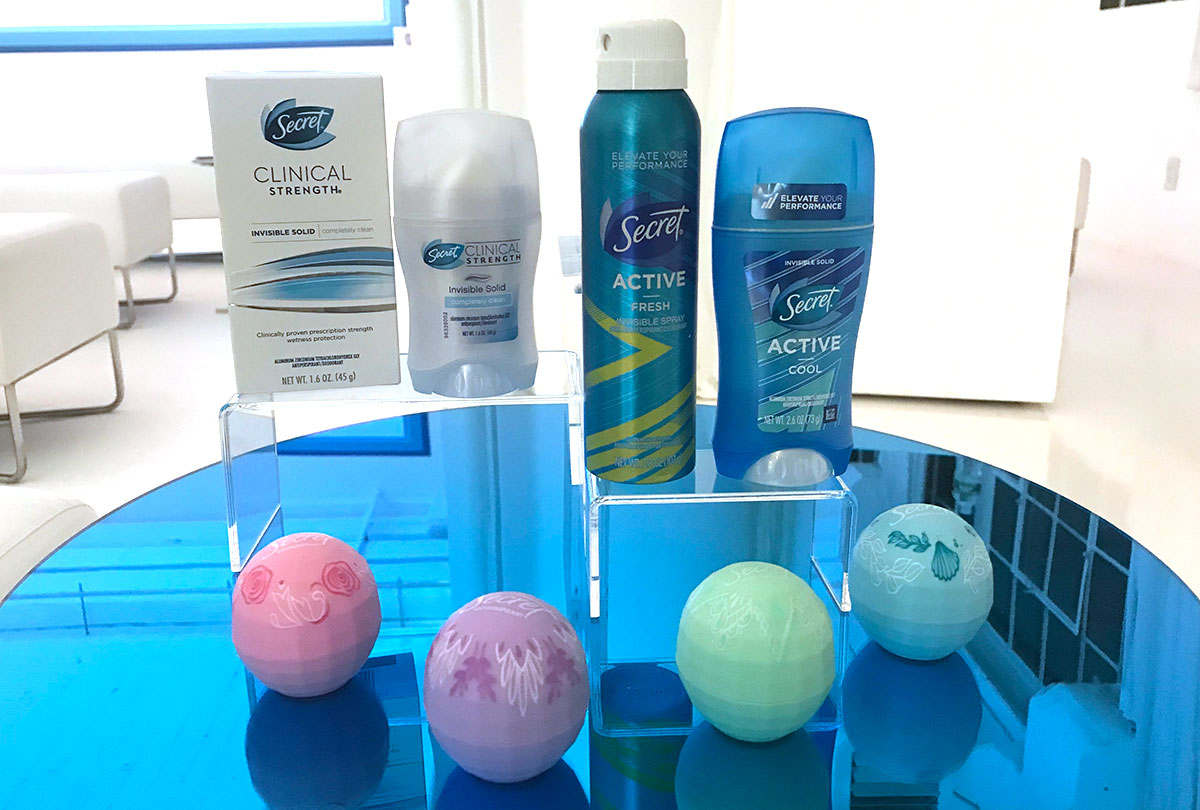 During the launch party last night the brand shared their most asked questions and shed some interesting incite on sweating, deodorant and the controversy on if it causes cancer. I also found it interesting that Secret is the only women’s only deodorant brand, which I thought was pretty cool. They have three lines, Freshies, which are great for touchups and everyday, Clinical which is for heavy sweaters and anyone going through hormonal changes (menopause, pregnancy…) and Active, which is for active lifestyles and workouts. Here’s what we learned from the myth busting session:

The brand also shared this website with me: sweathelp.org, that I found really interesting on all things sweat. Obviously if you feel uncomfortable antiperspirants, there’s a number of natural deodorants I really like including Freedom and Schmidt’s Naturals. Personally, I use an them as my everyday since I’m not a huge sweater and then switch to an antiperspirant if I’m going to the gym or know I’m going to sweat a lot. Or frankly if I notice I smell. Most days when I’m home writing, the two are very interchangeable, but there’s no denying, especially when I do workout, that deodorants don’t have the ability to prevent odor and wetness on the level of an antiperspirant. And now that I have my Freshies

Check out the new Secret Freshies at secret.com