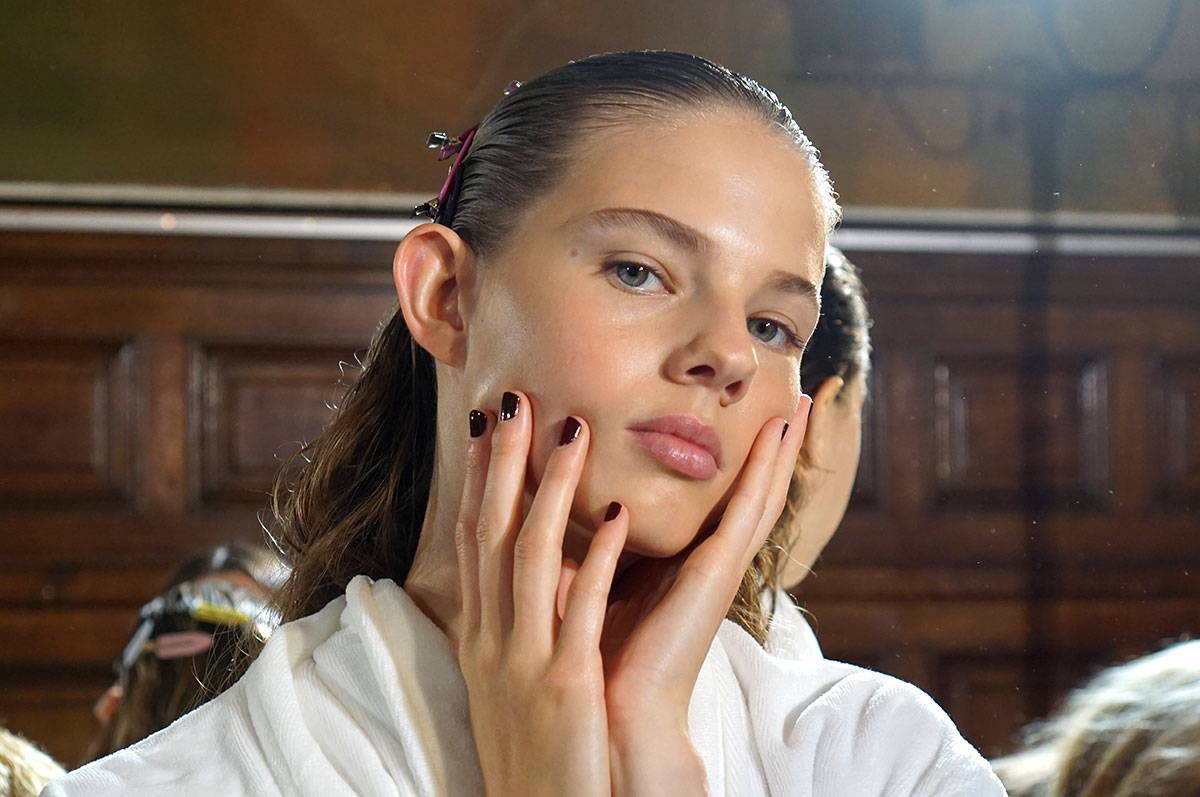 Paris for Couture Week is like nothing I’ve ever experienced, and I’ve done Paris and New York Fashion Week on repeat. For this trip I was with the Morgan Taylor Lacquer team, who traveled to do the nails for Proenza Schouler and Rodarte’s Couture Week shows. Here’s a quick video from behind the scenes and also at the show for Proenza Schouler (I’ll have a video up soon on Rodarte!). It was really cool to be apart of the nail tests, which is when the nail team joins the hair and makeup team before the show at the designer’s studio they they can test and make the final decisions on the beauty look.

We did our beauty test the day before the Proenza Schouler show. Based on the designers vision, Morgan Taylor lead artist, Vu Nguyen along with Taylor Daniel (or as I like to call her THE Taylor of Morgan Taylor), put forth some dark reds and burgundies, as well as some variations of nudes with different top coats. Ultimately they settled on their deep burgundy, “Take the Lead” shade for some of the models and the others were met with just a single coat of “Matte’s A Wrap” over a well manicured nail for a more minimalist look.

It was a modern take on a minimalist look with the matte top coat, while the deep burgundy choice was all about going against the grain for spring (move over pastels) and challenging tradition. 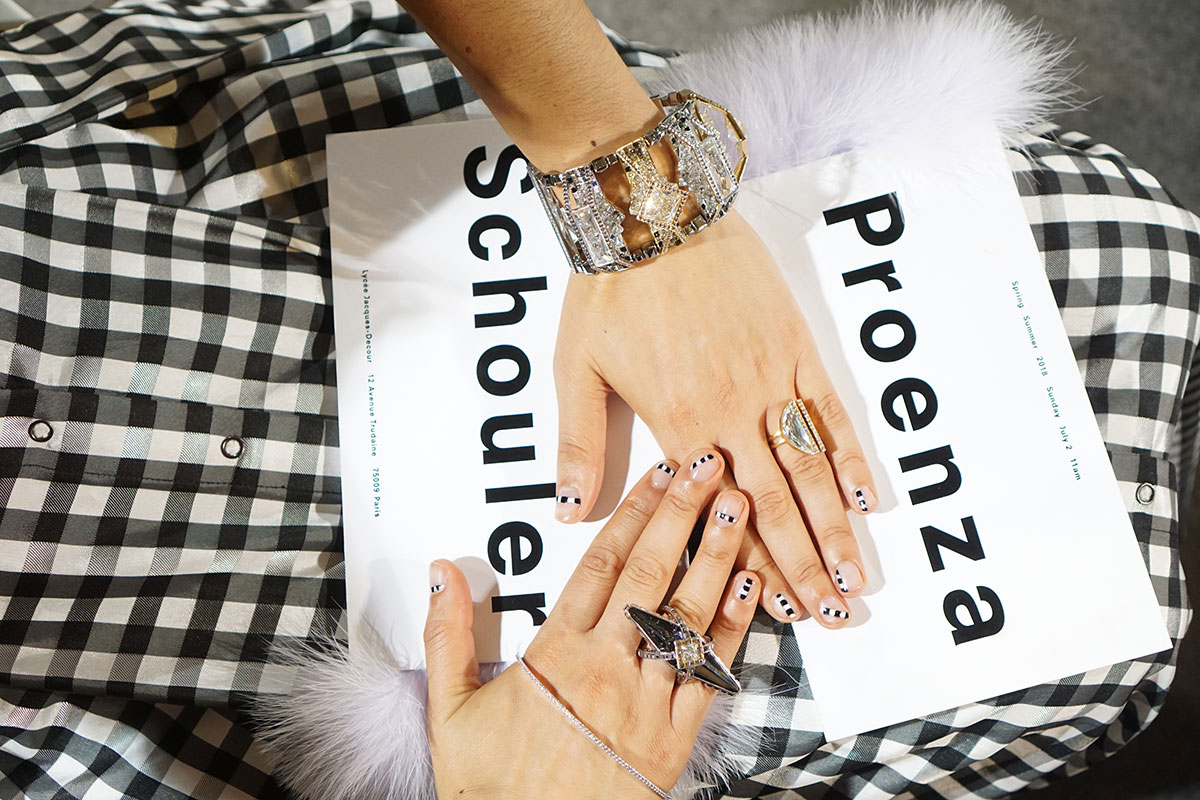 Then came show day, and right down to the invitations the show was gorgeous (see photo above and shop my jewelry HERE). Set at the Lycée Jacques-Decour, a school built in the 19th century, the label sent down beautiful prints, slim fit dresses with cut outs, straps, and texture down the runway to a dramatic beat (I’m sorry I had to cut the music, Youtube is a challenge with any music you don’t have the rights to), but you can catch the show finale in the video above. I of course drooled over the big fluffy coat, although pulling off burgundy nails in spring may be easier than a big jacket, at least from a temperature standpoint. The show ended with designers, Jack McCollough and Lazaro Hernandez at the door, full smiles greeting guests as congratulations rained (literally and figuratively) above them. In the video you’ll see them with Tory Burch, who came out to support the show. What a perfect first show for Couture Week.

Hair by Holli Smith for Bumble and Bumble, Makeup by Diane Kendal and the MAC Pro Team, skincare by Tata Harper. Photo diary below! 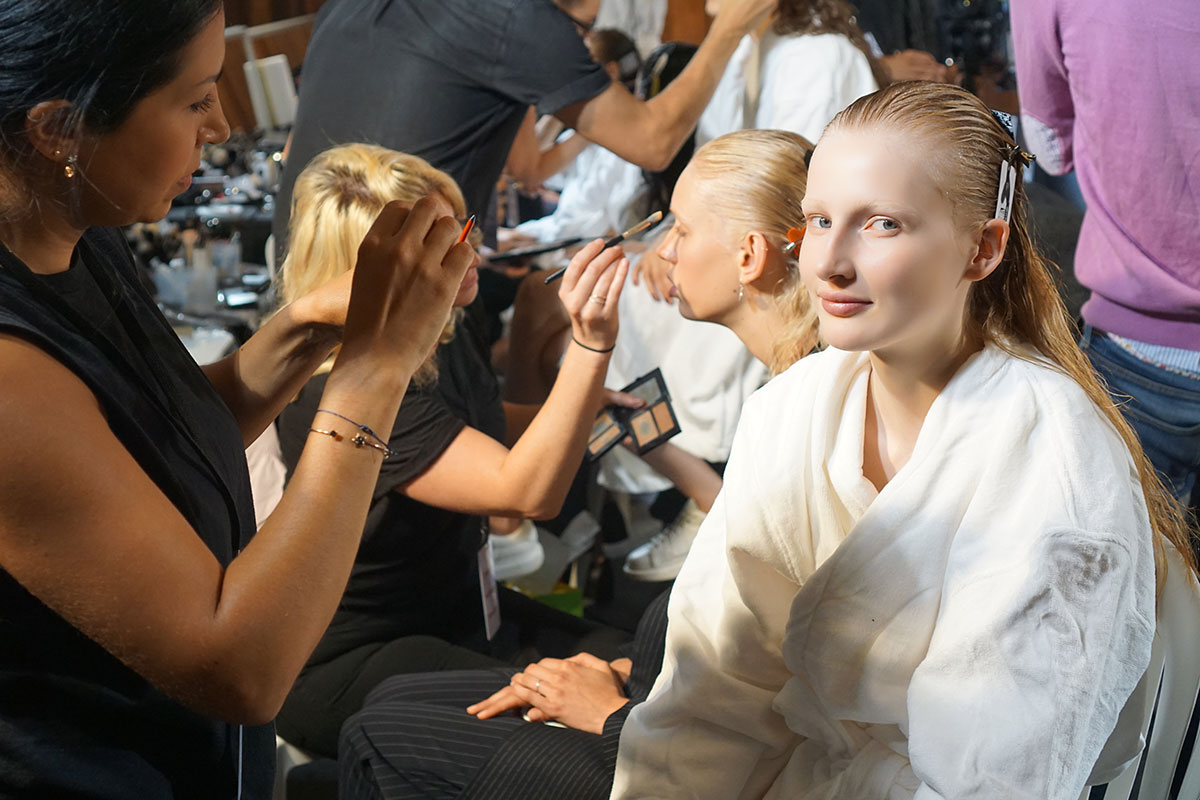 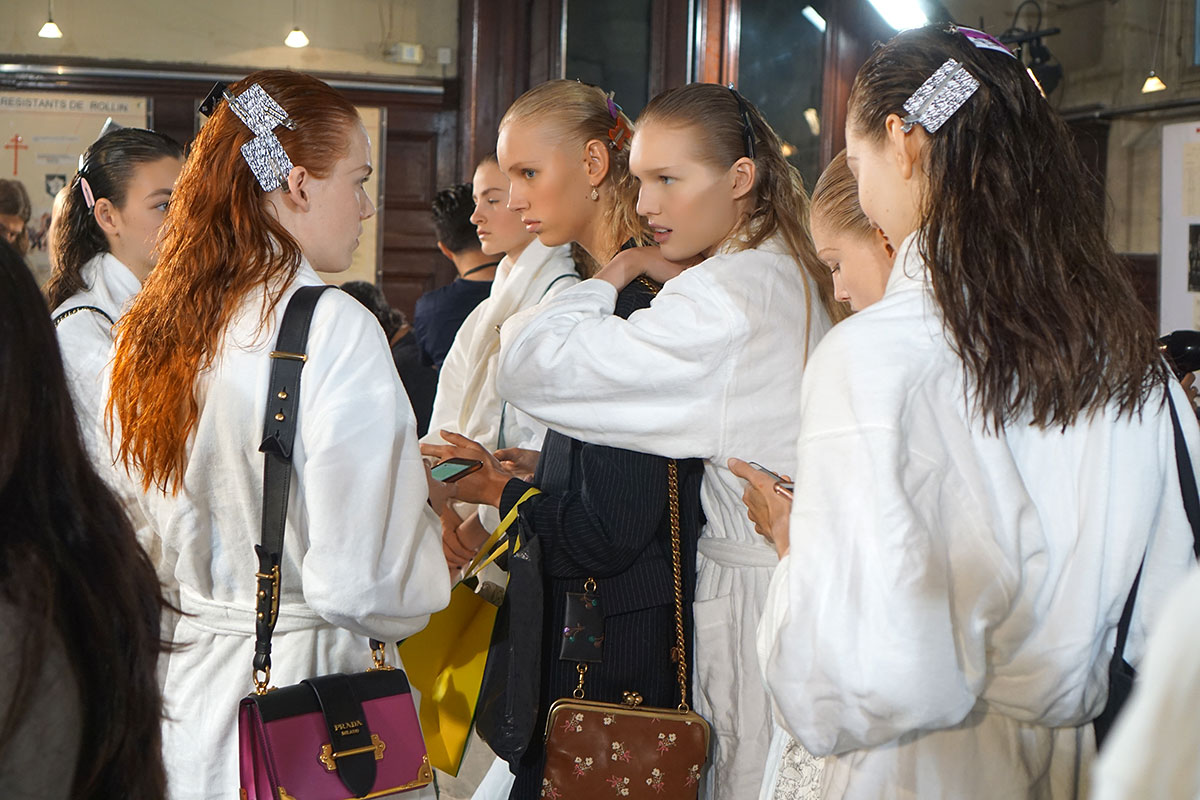 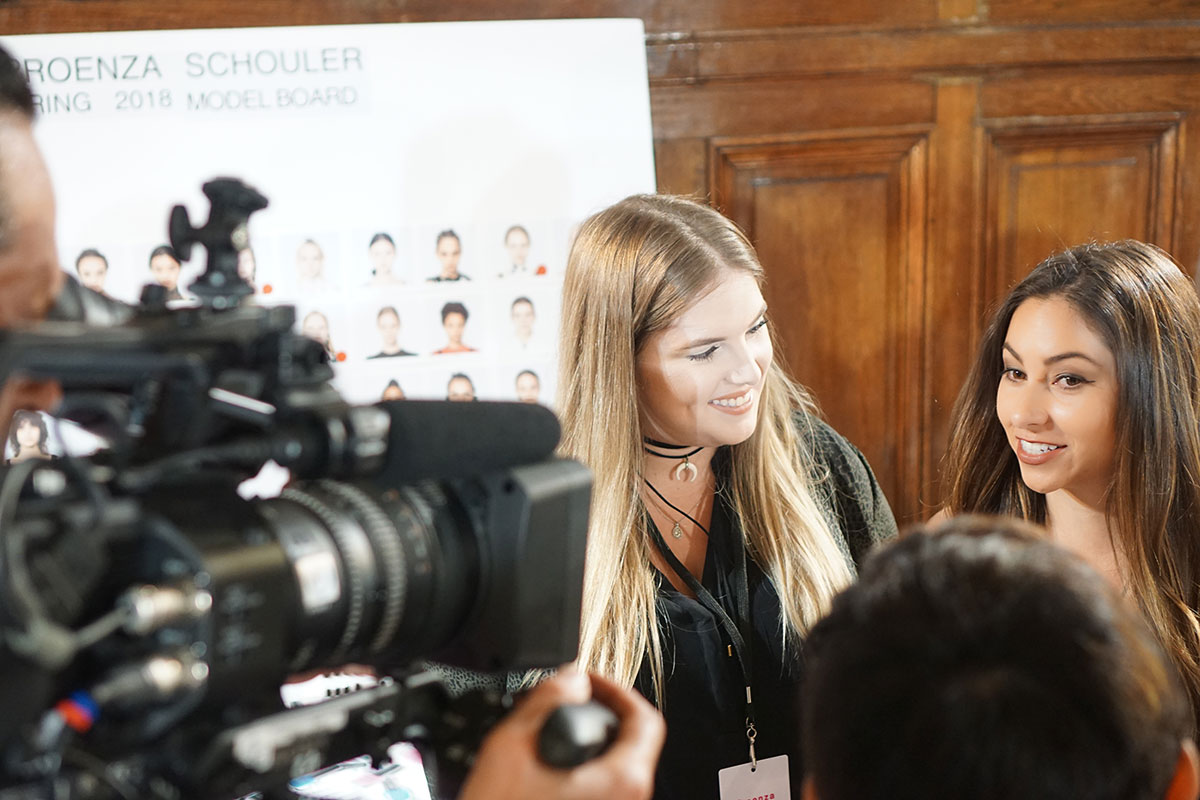 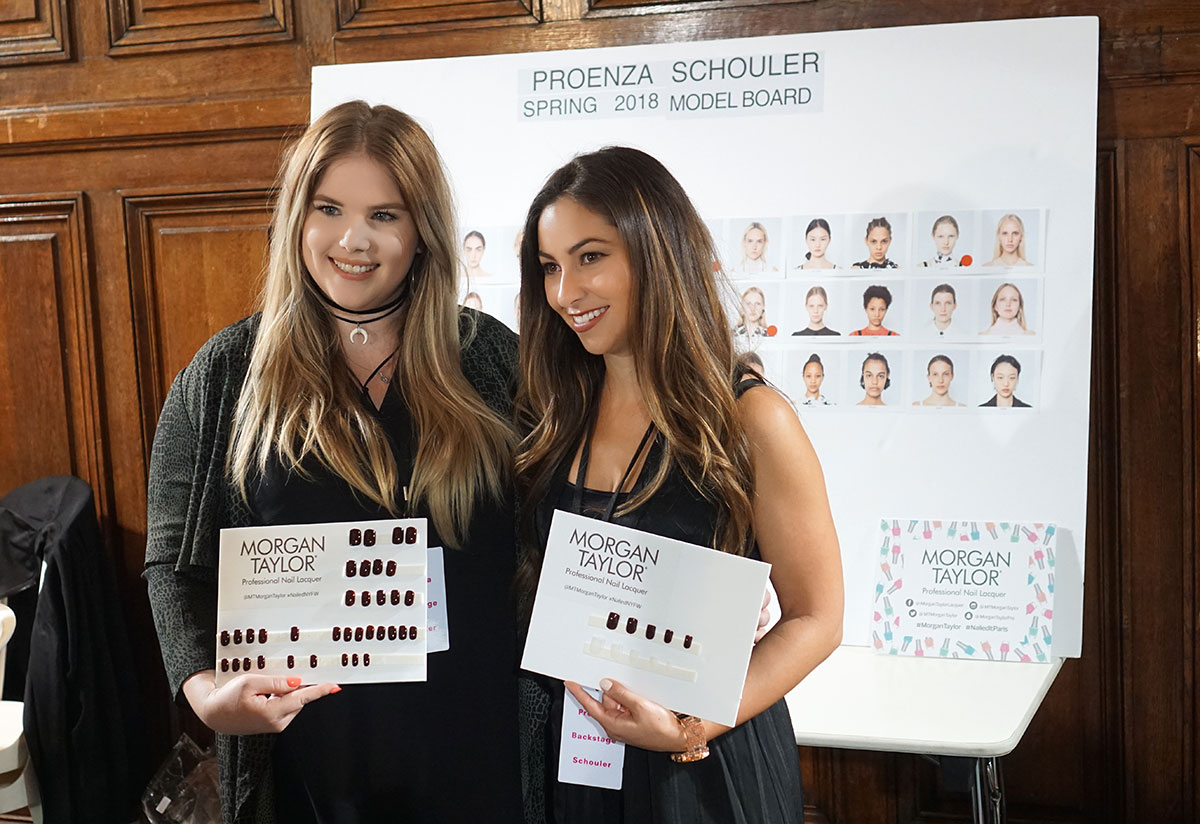 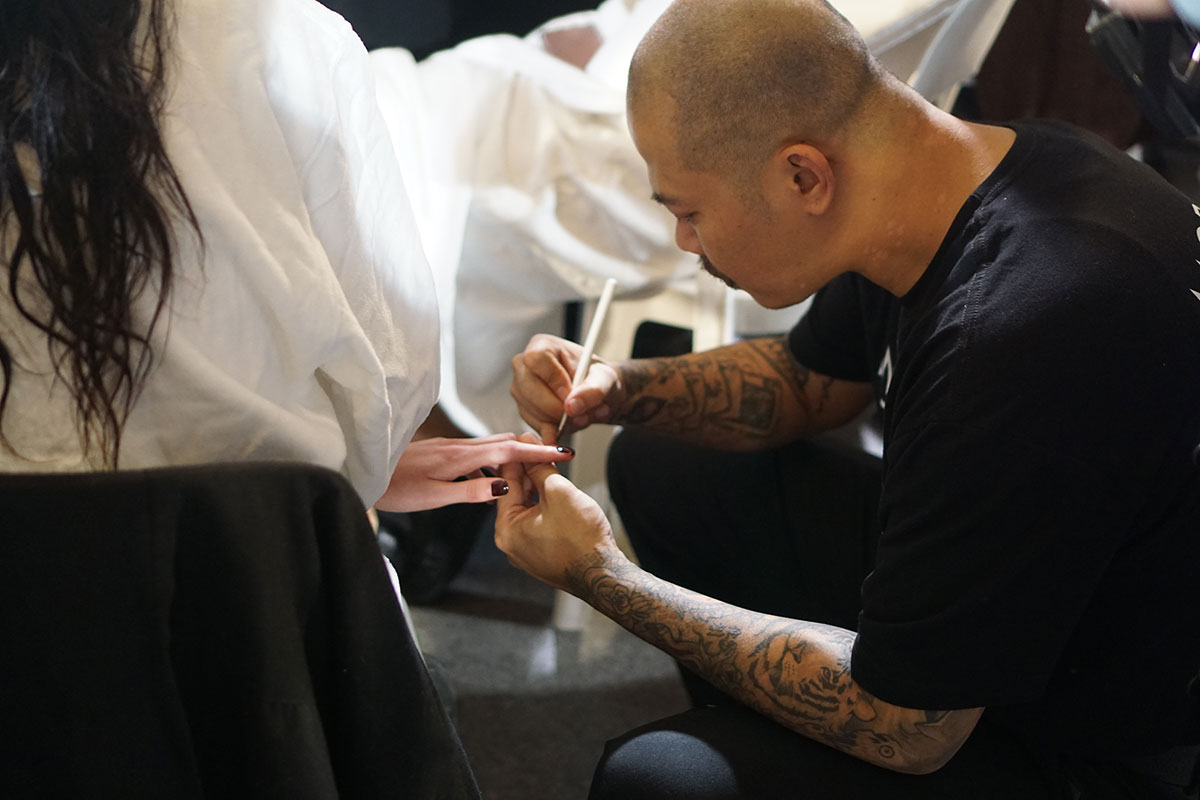 Top coat of “Matte’s A Wrap” over a well manicured nail for a matte effect. 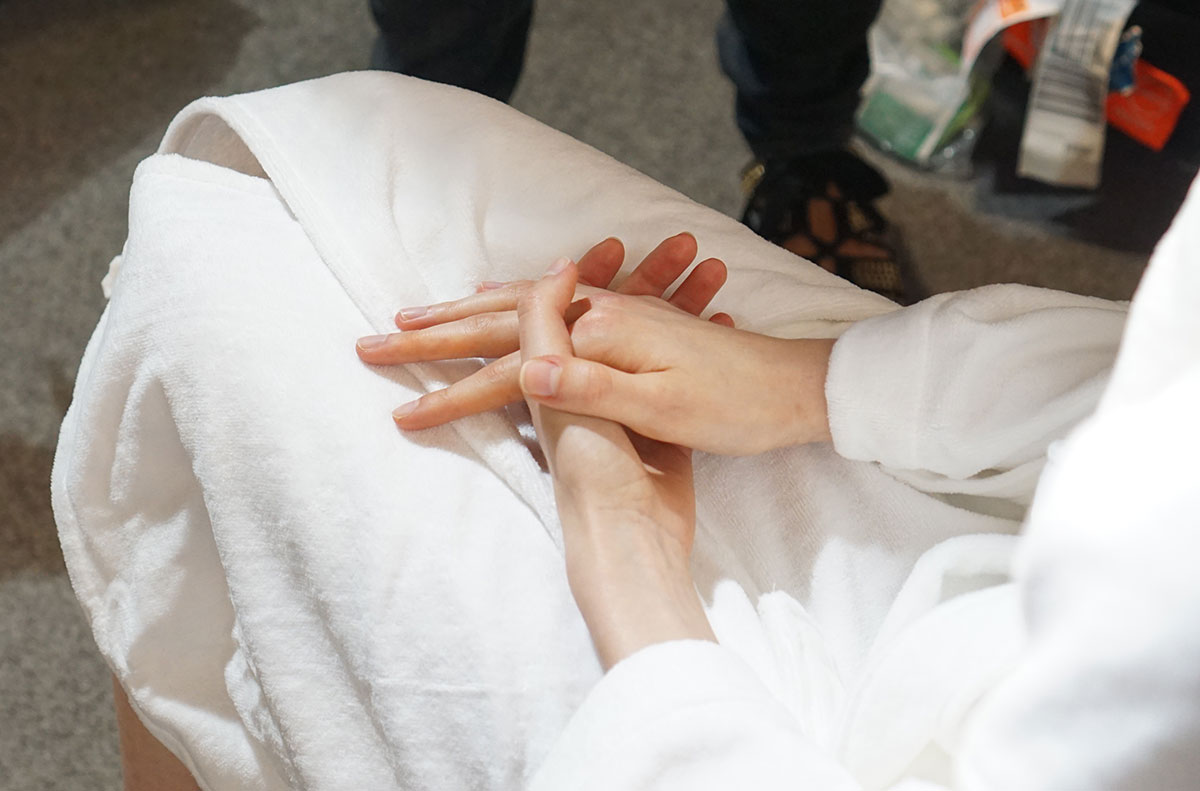 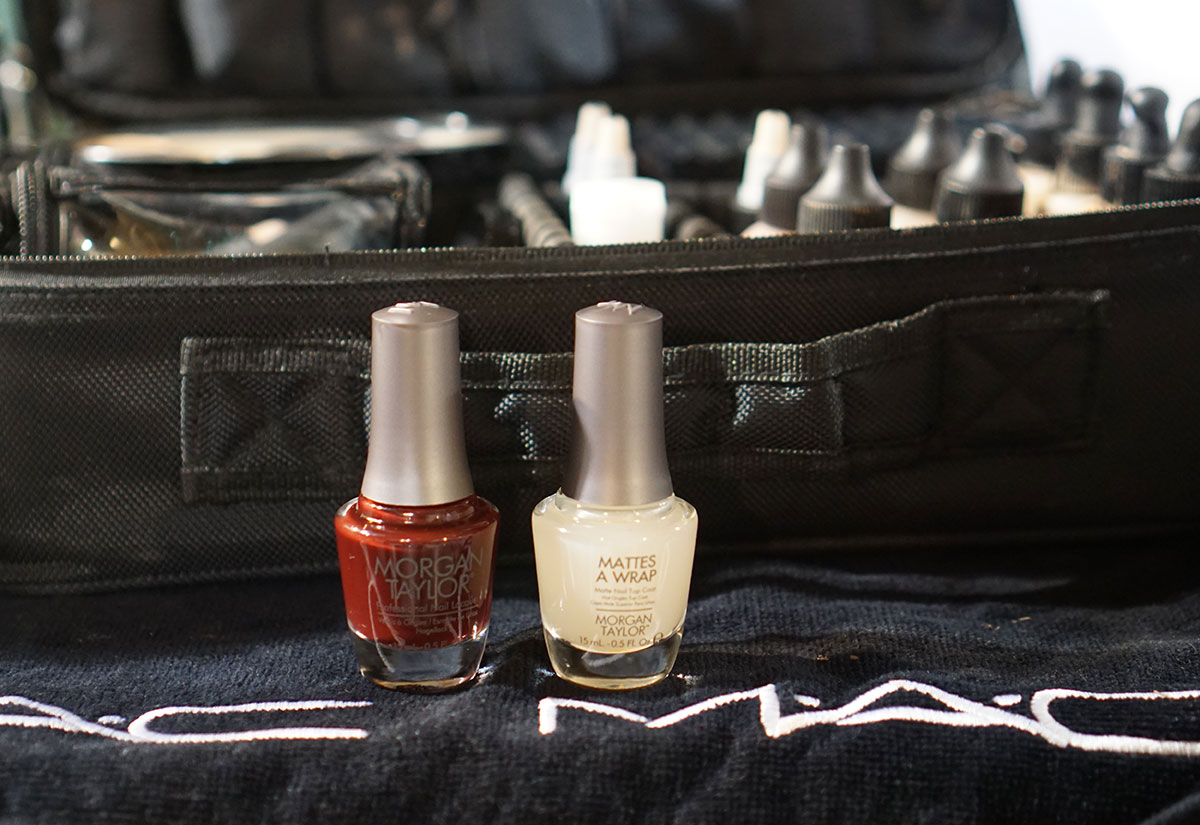 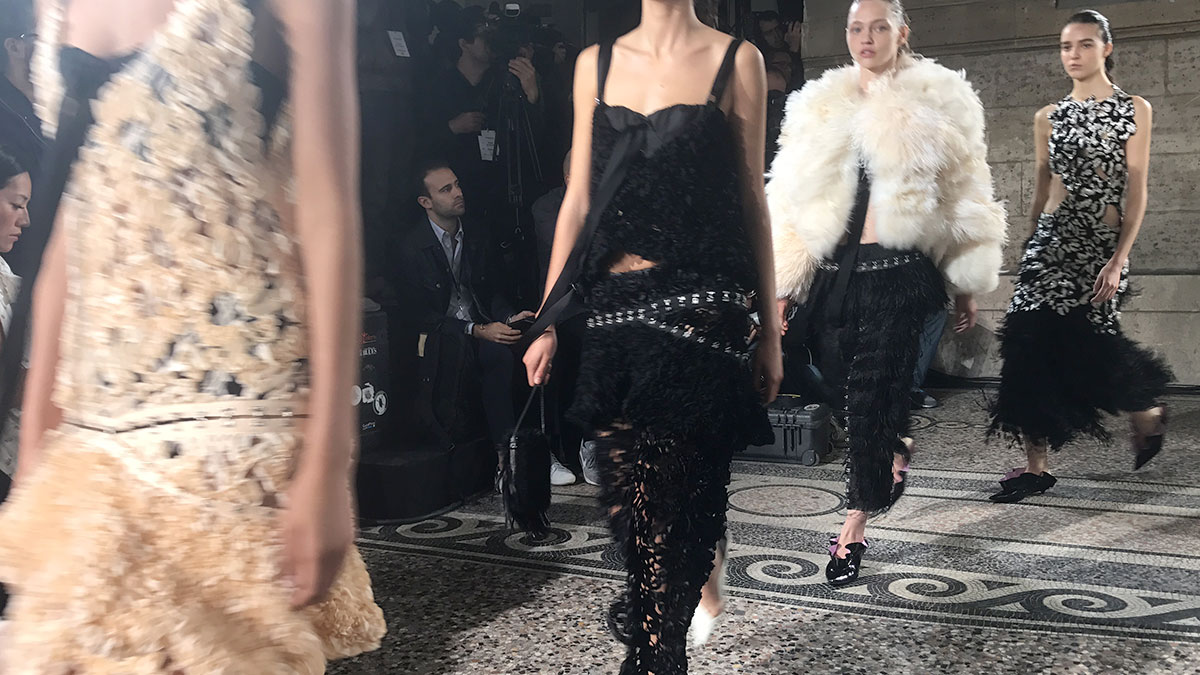 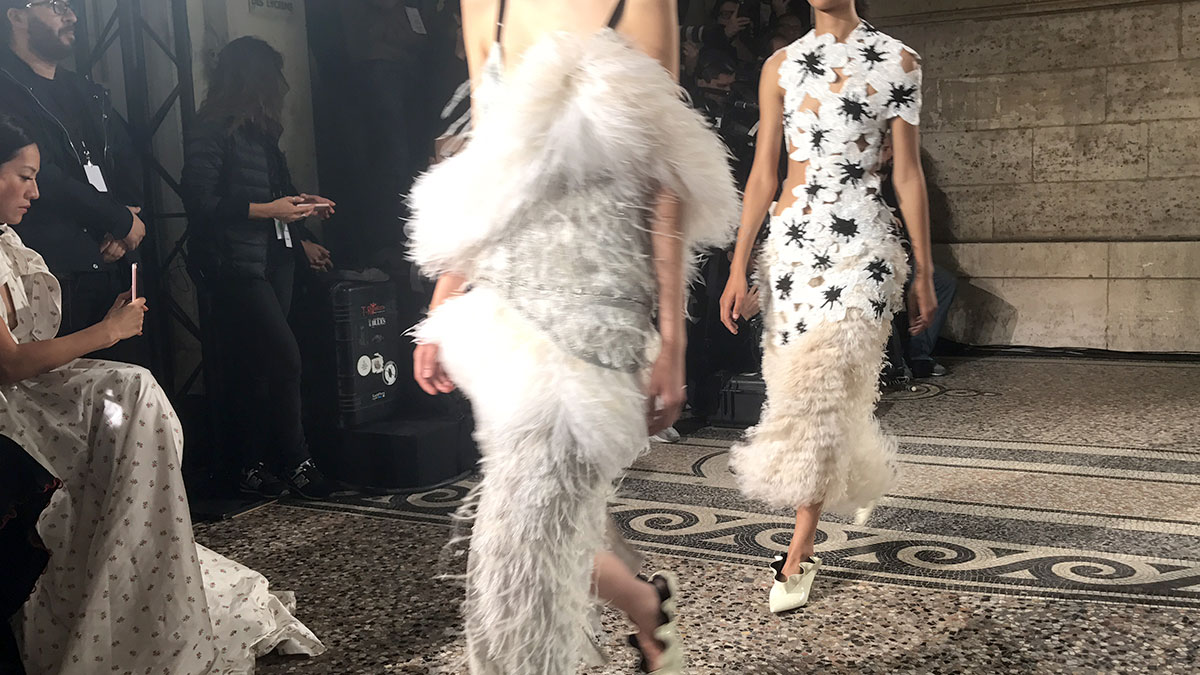 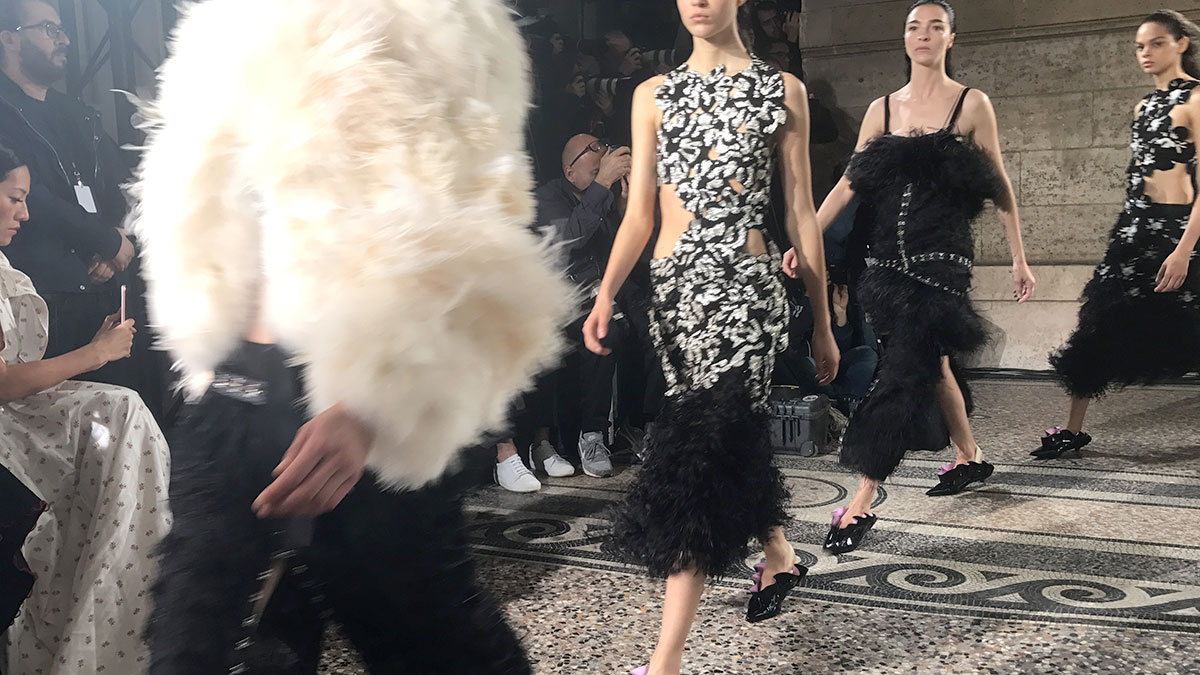