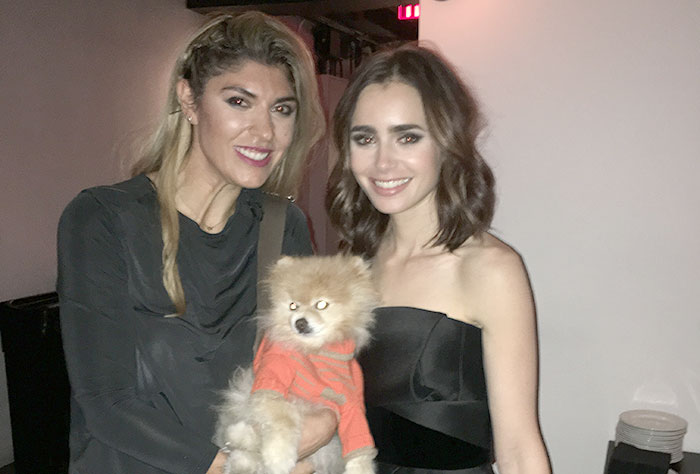 This week, I hit two advance screenings of movies, that are biopics based on real life legends coming out later this month. The first being “Rules Don’t Apply” based on Howard Hughes with Lily Collins (I know, I love her!). And yes I asked about her brows — she uses Maybelline Clear Gel to groom them but basically otherwise keeps them full and doesn’t do anything. She even upkeep’s them herself. I will get back to the movie review but can we take a second to appreciate that she doesn’t even need to fill them in and she goes “drugstore” (her choice word) on them.  Best brows in Hollywood! 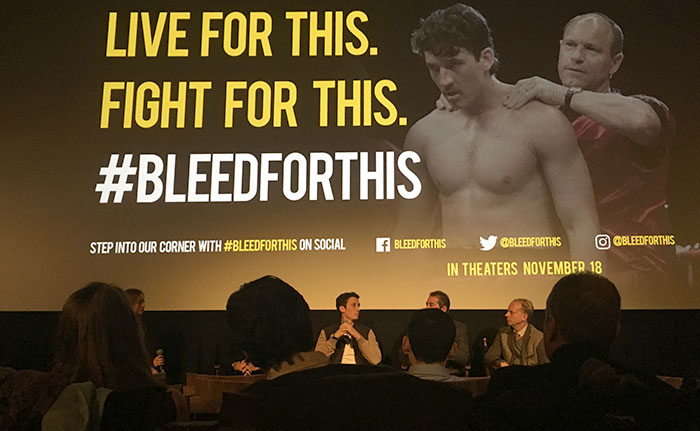 The other movie I caught was ‘Bleed for This‘ based on the incredible story of boxer, Vinny “The Pazmanian Devil” Pazienza played by Miles Teller, who did a Q&A after the screening. I’ve always thought of him as more of a bro-type actor/person but he blew me away with his performance, range and personality both on and off the screen. I think he and Lily Collins for that matter are two of the most talented actors of their generation. Movie reviews/trailers below!

We all know the name Howard Hughes but to watch a movie set in the 1950s with him (played by Warren Beatty) and his mysterious, crazy ways of running Hollywood and what feels like the world was an experience. The movie has two story lines intertwined between the development of Beatty’s character (a biopic of Hughes life) and a budding love story between Marla (played by Lily Collins), an aspiring actress discovered and brought to Hollywood by Hughes and her driver, Frank Forbes (played by Alden Ehrenreich). There were some definite unexpected twists and turns but the acting, cameos (everyone from Annette Bening, Candice Bergen, Matthew Broderick, Ed Harris, Alec Baldwin, Martin Sheen, and beyond), costumes and wallpaper were so phenomenal that I found it incredibly entertaining. The movie shifts gears but has a strong start and finish with some laughs in between. If the trailer excited you, go see it!

Bleed for This (opens November 18th)

Based on the career of Providence local, Vinny “The Pazmanian Devil” Pazienza, his story is unparalleled. If you enjoy uplifting under-dog sports movies, in this case boxing, get ready to be inspired. His strength in being knocked down or out and coming back stronger is unbelievable… literally. The trailer pretty much tells the story and does not disappoint. His ability to fight back after being in a terrible car accident and do the impossible is such a testament to believing in yourself and his strength. I can not believe this was a true story and walked out so inspired and moved.