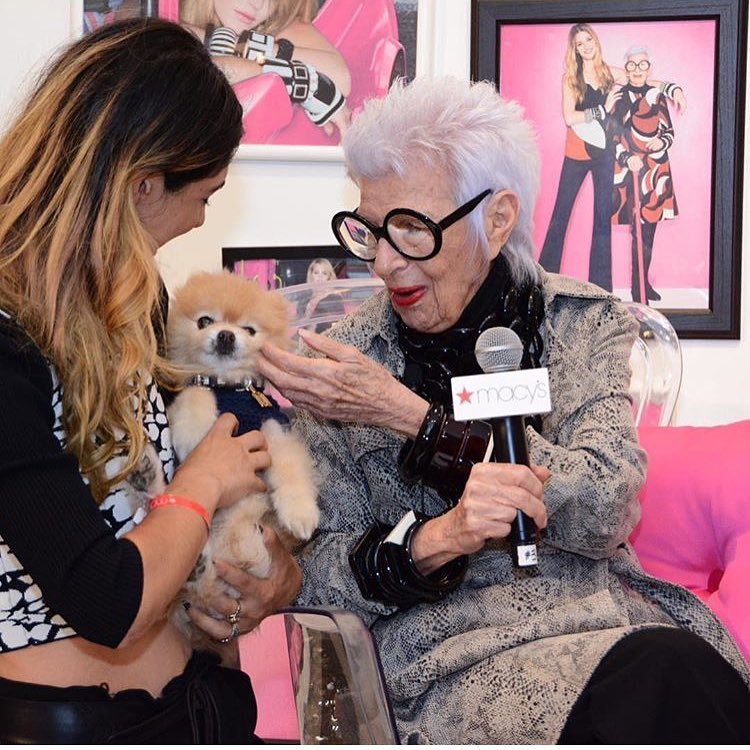 Last night was a big night! It was the debut of Macy’s Front Row event which I had the pleasure of attending earlier in the month. For anyone not familiar it’s their annual fashion show event which features their exclusive collections and sensational designers like Calvin Klein, I.N.C International Concepts, RACHEL Rachel Roy, Allia, Tommy Hilifiger, William Rast, and the debut of Betsey Johnson’s collection inspired by DreamWorks Animation. Hosted by Brad Goreski and Giuliana Rancic the show also features performances by Ariana Grande and Flo Rida. It was also the debut of the Iris Apfel for I.N.C International Concepts — the Iris Meets INC collection and she was at Macy’s last night to promote the line and do a Q&A with Vogue.com Style Editor Edward Barsamian (I hope you all watched it on my snapchat: @prettyconnected). 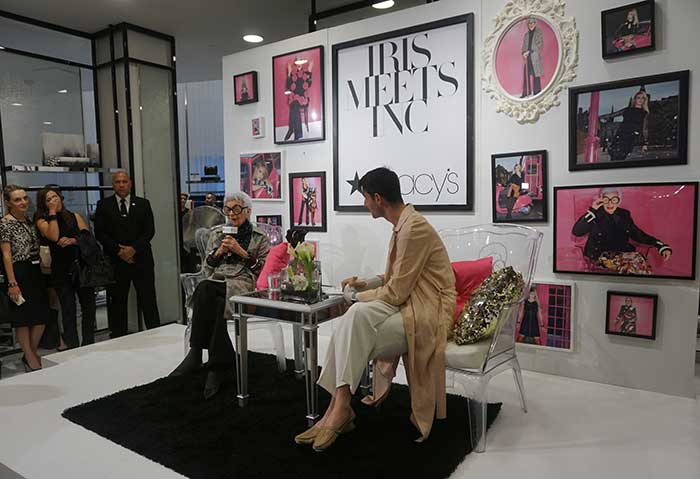 After months of seeing the gorgeous window displays of her collection every time I walked by Macy’s I was so excited to see it in person and be reunited with her. Literally the last time I saw Iris was when I interviewed her in 2012 for her bag launch. It’s been 5 years and it’s just incredible how much she’s done in that time. She never stops! And she’s still every bit as charming, hilarious and gracious as I remember. And get this! In the middle of her talk she goes, “Is that a puppy?! Can you please bring that puppy to me?” 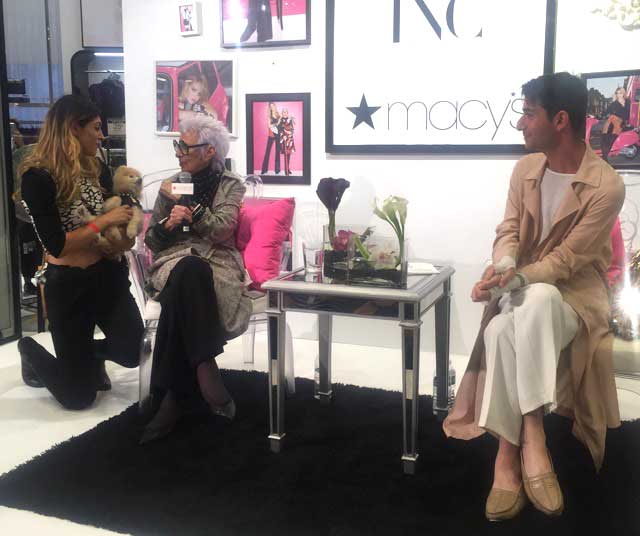 So I just about had a heart attack which I covered up by going on stage (in front of a massive crowd) so she could meet Charlie. She then asked how old he was, and I told her Charlie’s was a senior rescue dog somewhere around 10 years old but I’ve only had him for 4 months. To which she replied, “so we both like older men.”. I was so touched. Especially since after the presentation was done she asked if Charlie could sit on her lap for the photos. 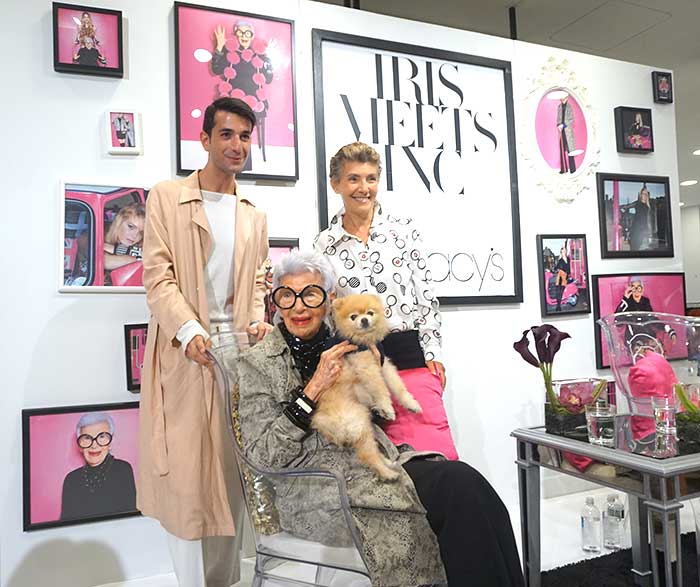 She brings so much joy to so many. I mean the crowd almost had me in tears each sharing what an inspiration she’s been, that for my dog to bring her joy was probably the best gift I could get. And speaking of gifts everyone check out the Iris Meets INC collection (she’s wearing the collection in the photo!)– it’s filled with all kinds of fun updated mod looks and a ton of incredibly Iris approved jewelry. 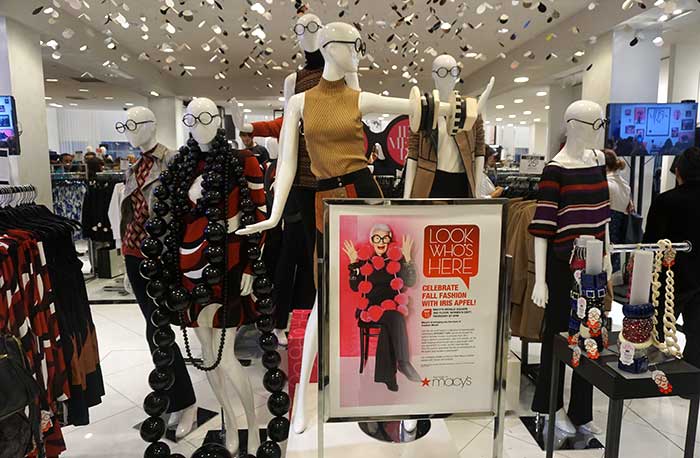 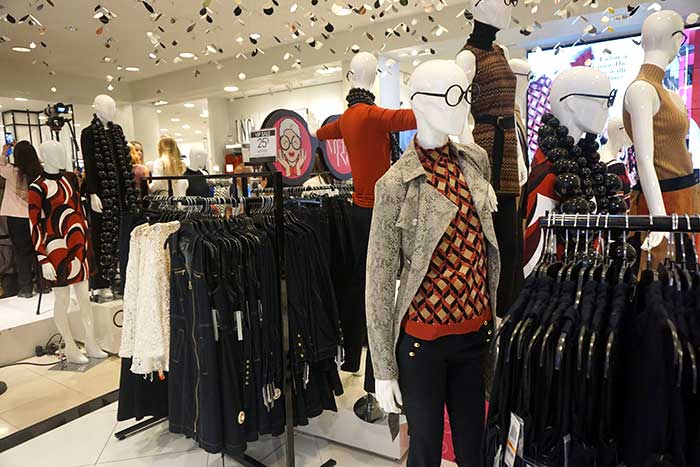 Check out the Iris Meets INC collection at macys.com