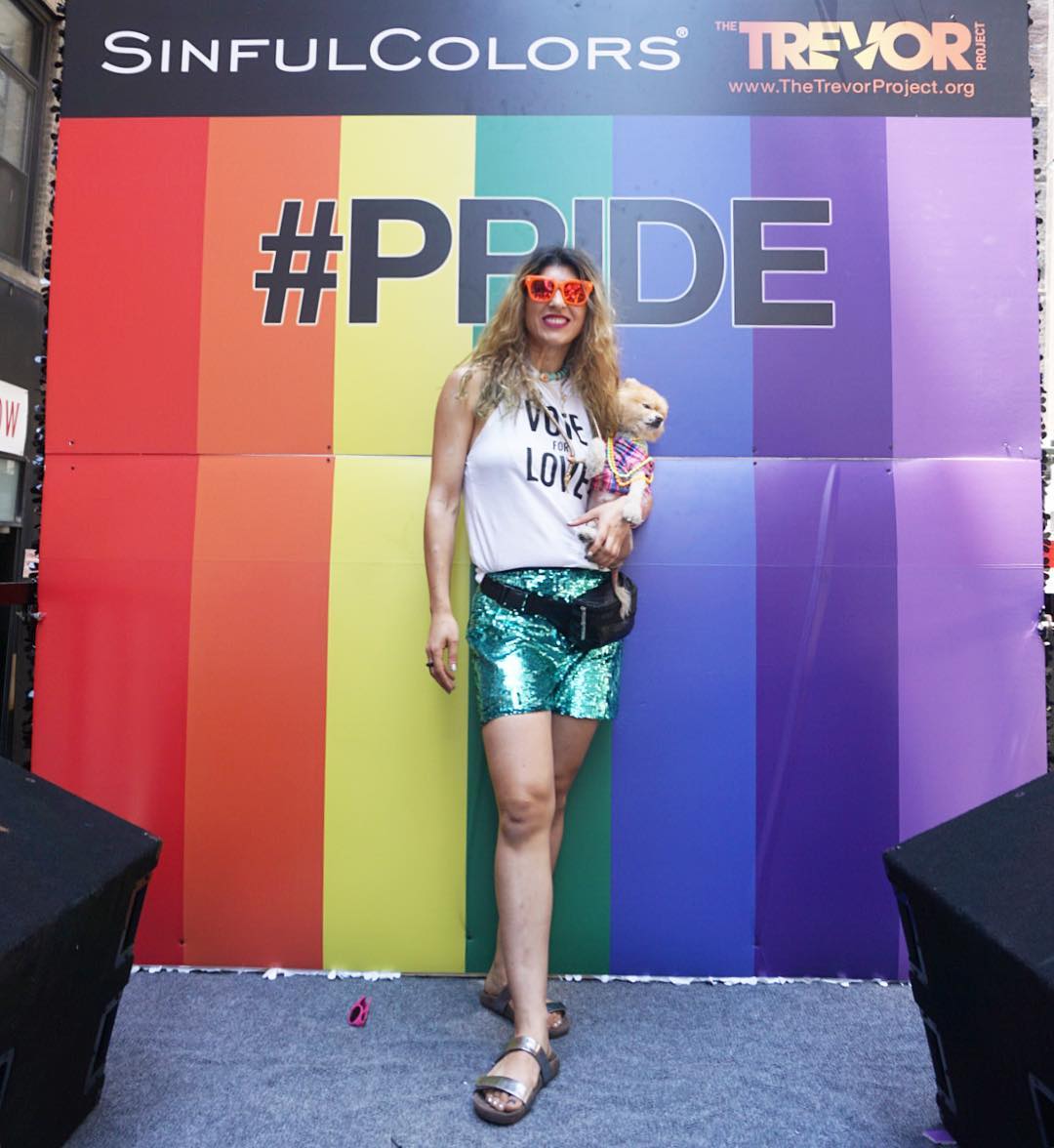 Yesterday I crossed a huge bucket list item off when my friends at SinfulColors invited me to be on their float for Pride. This year marks my 15th year in NYC and it’s something I’ve always wanted to do. After Orlando, I had a lot to say but no words and what I realized more then anything Is that I wanted to be apart of this big day and show my support for the LGBT (I may be missing a few letters…) community. 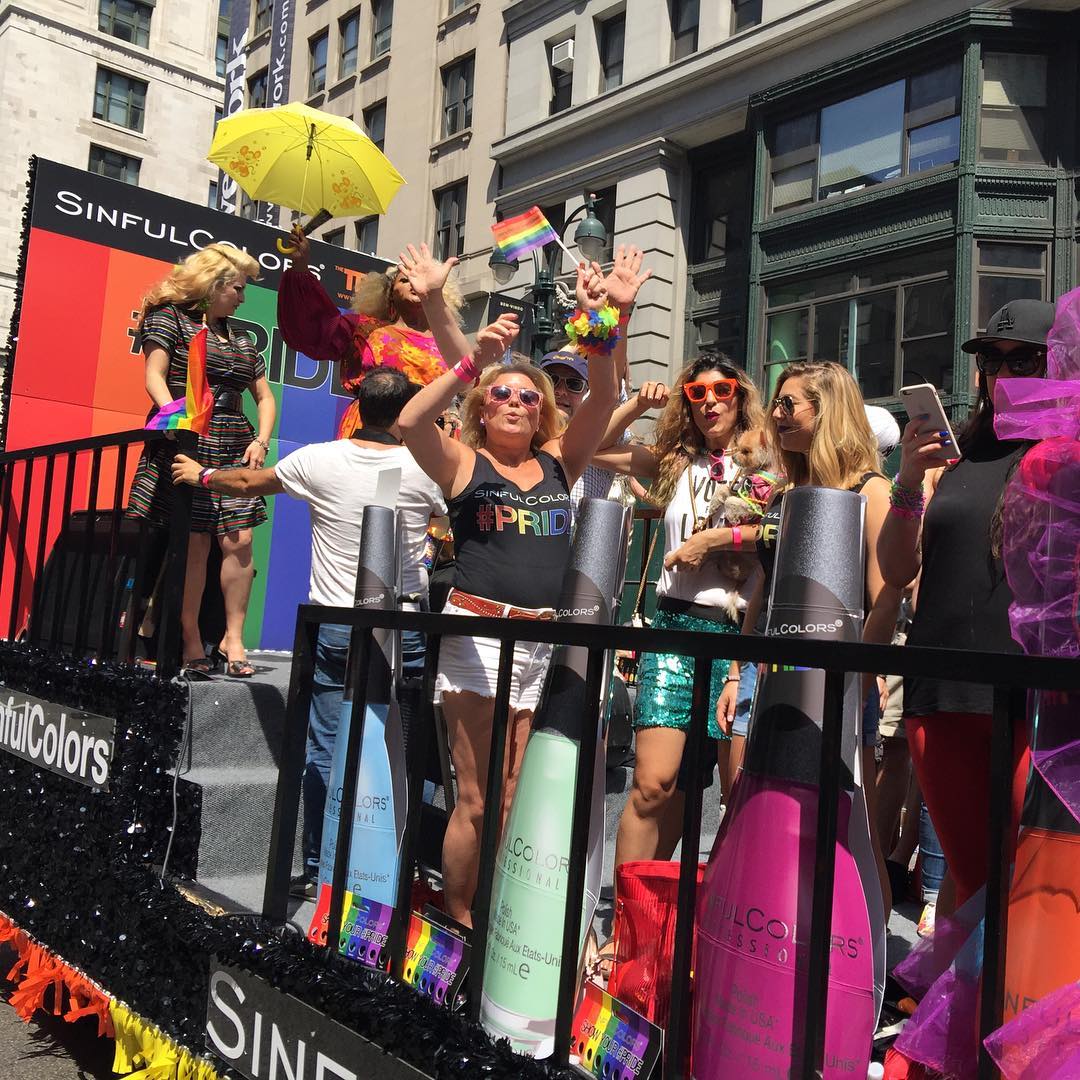 The parade featured 2,000 marchers and 85 floats! 12:30pm was our call time to meet on ours at 38th and 5th. It can take up to two hours (and it was close to that) before your float gets cleared to head down 5th Avenue and join in the parade, which ends Greenwich Village’s Stonewall Inn; the birthplace of the gay rights movement. It was recently granted national monument status.

Once our float was underway we danced for hours and waved as we passed millions of people draped in rainbows and notes of pride and acceptance. I didn’t know it at the time but Hilary Clinton made an unannounced appearance and marched for a few blocks with New York Governor Andrew Cuomo and New York City Mayor Bill de Blasio, which I thought was really amazing. 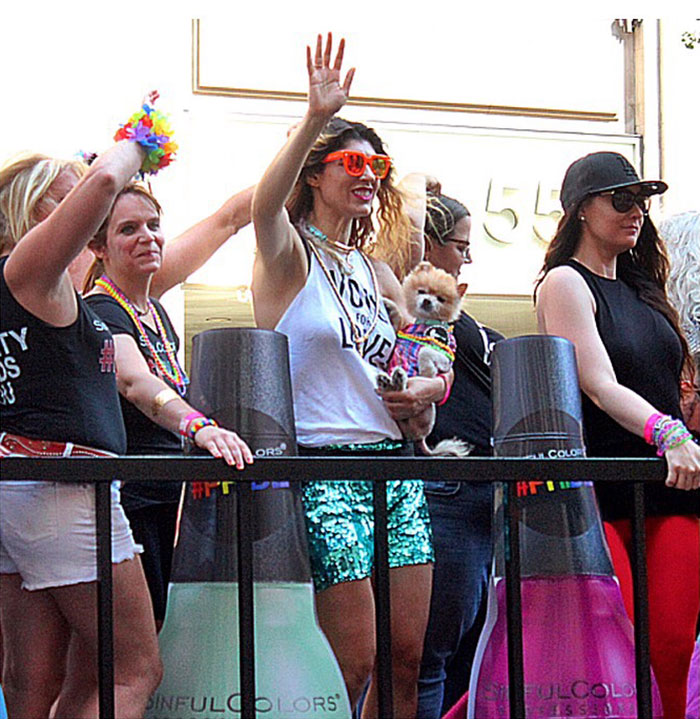 The mark of Orlando was there but the reaction to stand up to hatred was not one of sadness, pure joy beamed through the crowd. To experience such an incredible community of people, in thongs, topless, and everything in between holding them selves and others with such acceptance was really awesome to be apart of. 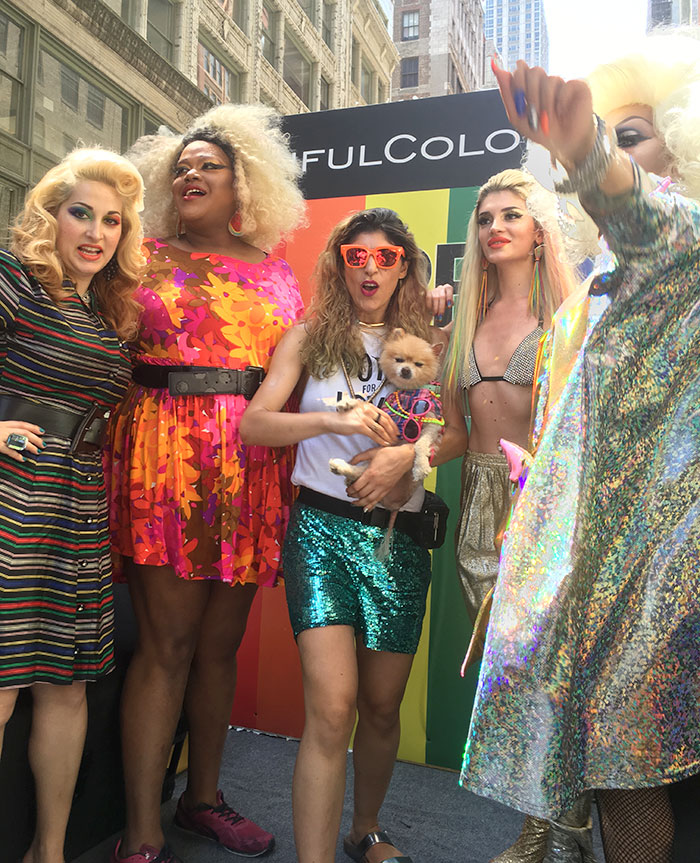 The SinfulColors nail polish float brought the fun! I’m likely bias but we had international singer sensation, Era Istrefi performing on our float, singing her #1 hit, Bon Bon. As well as the coolest MC’s, Drag Performer, Merrie Cherry and @TifffRoth singing along to pop songs to get the energy up. While we danced the float, several members of the staff passed out nail polish to viewers as well.

It was an amazing day and thank you to SinfulColors for having me!