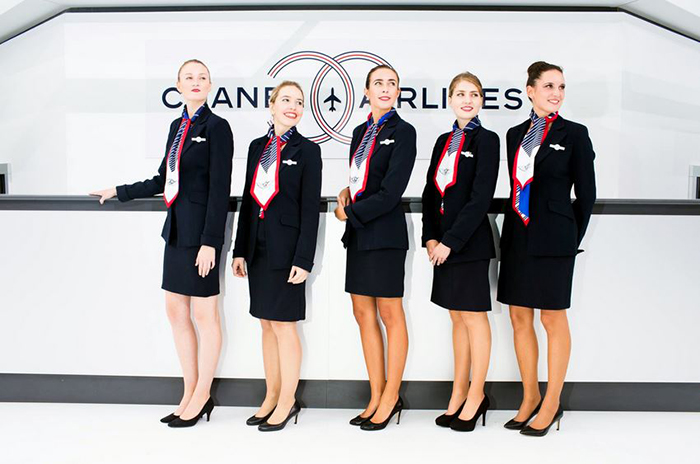 At Terminal 2C, flight attendants clad in Chanel assisted hordes of glamorous passengers. While unlikely a regular human TSA agent would don Chanel, I’ll let Daddy do what he does best: create an uber-realistic world where double C’s are emblazoned on every nook and cranny. No tacky jogging-suit sightings. No oversized upcharged luggage. And most importantly, no wailing mini humans. 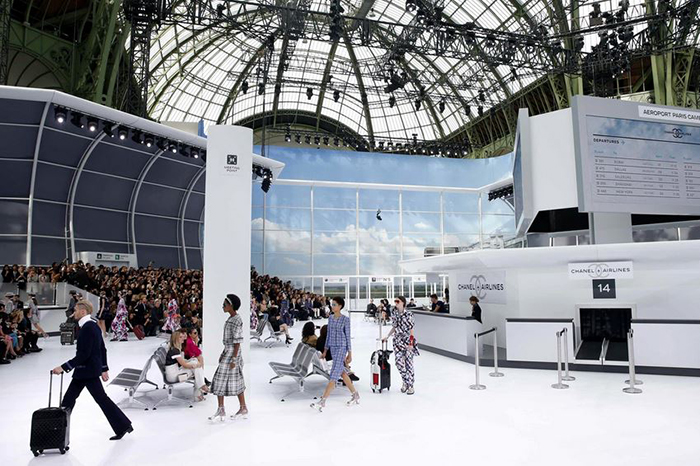 Before the show, more aptly titled a performance, branded luggage trolleys were abandoned by Porte No 5, while VIP guests were seated on rows of airport waiting-room chairs. The show opened with a pilot in a high-collared, double-breasted uniform wheeling his flight trolley through departures followed by cashmere jogging bottoms with a miniature plane print, departure board printed silks and tweed skirts. 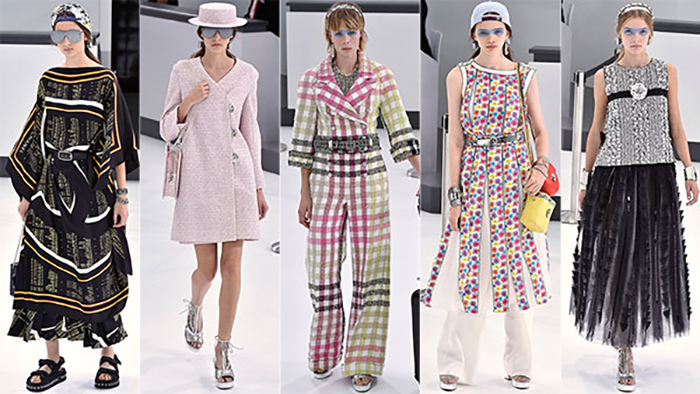 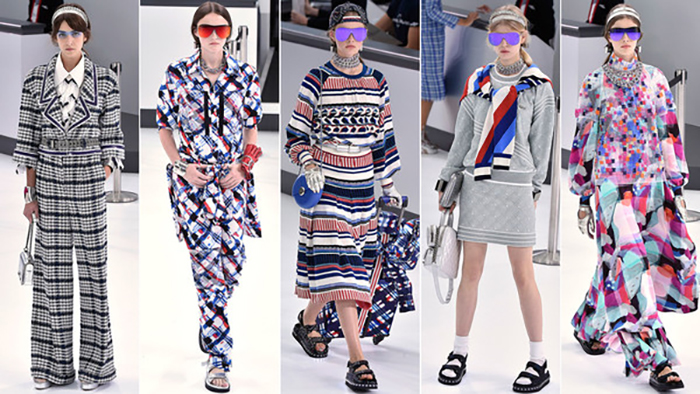 The front-runner pieces from the show were the chunky “birkinstock-like” sandals with flight path lights and the padded wheel carry-on suitcases. I use the term front-runner loosely for the sandals, meaning they were the most Instagram-worthy pieces and not necessarily the most glamorous footwear. Far be it for me to judge Daddy’s genius but when I chase a laser pointer, I was not insinuating he should incorporate it into his next designs. Pardon Daddy but we will agree to disagree on socks and sandals. 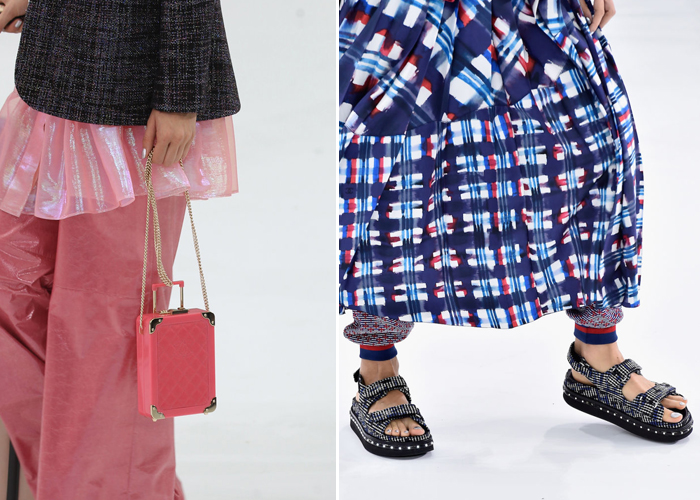 Prior to take-off, instead of an overworked and cranky flight attendant, Daddy Karl Lagerfeld greeted passengers with his signature wave and demure smile. You could almost hear the resounding words of commercial airlines, “At this time, please extinguish all smoking materials,  for Captain Lagerfeld has turned on the ” No Smoking” sign. Your seats and tray tables should be locked and in their full, upright position.” 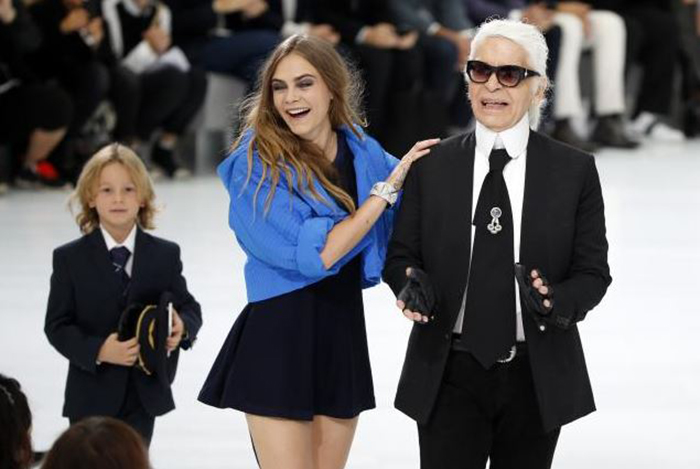