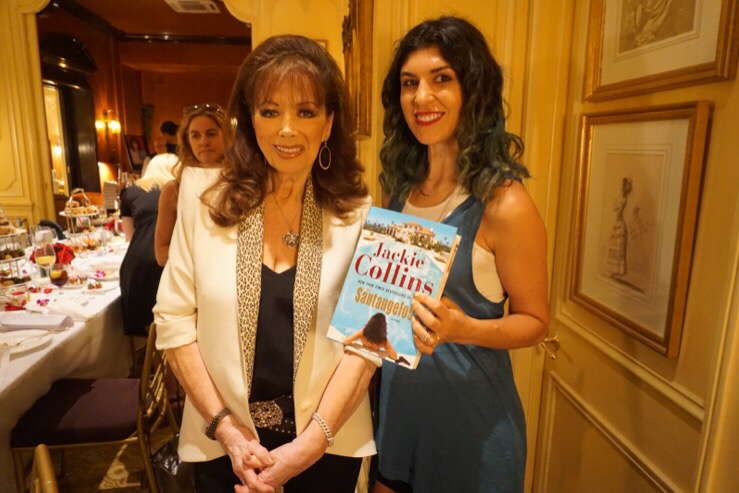 If you’re a Jackie Collins fan, then you’re a fan of the Santangelos. The two are mutually exclusive in my book (pun intended). If you have no idea what I’m talking about, I’ll clue you in. Icon and novelist, Jackie Collins has written 31 books over the course of her career, all of which have appeared on The New York Times bestsellers list. And it’s because they suck you in, murder, betrayal, love, lust all run through the eccentric characters. Inspired by the rich and famous and world of celebrities Collins is privy too, she bases her stories and characters on real life occurrences (well, hopefully not the murder parts), and takes you on a world of adventure with every page.

My favorite books of hers (much like every Collins fan) involve the Santangelos, specifically Lucky Santangelo, the matriarch of the family. So to have her latest novel be named “The Santangelos“, will have fans in stitches. 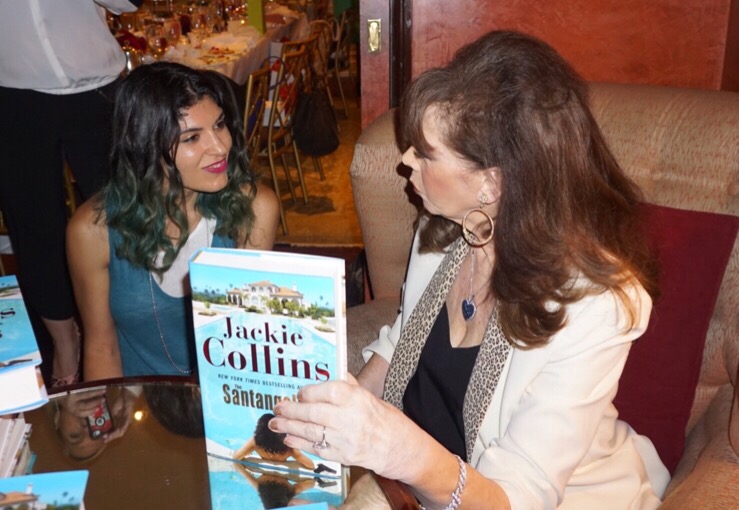 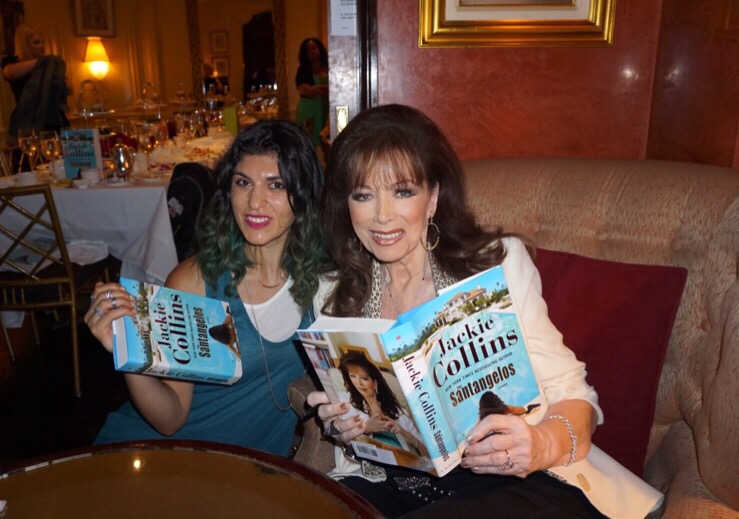 I received an advance copy of the book and the opportunity to spend the afternoon with Jackie Collins to discuss. She’s one of my favorite people, and I always look forward to her yearly book launches to be reunited and hear her story tell.

The book welcomes back Lucky and her husband Lennie, as well as their kids Max and Bobby who get caught up in a world of revenge thanks to King Emir who blames Lucky for the death of his most favorite son. Since trying to have Lucky killed wasn’t enough of a punishment he spent a year plotting her demise, starting with setting up her Kennedyesque son Bobby for a murder he didn’t commit. Good thing, the sexist royal has no idea what he’s in for when taking on one of the most indestructible female characters ever to be written.

Many more developments happen throughout the tale, an epic couple break ups, a beloved character passes and so much more. See how the adventure unfolds!