Every year I look forward to visiting Washington DC for the White House Correspondents Dinner events. It’s a weekend filled with non-stop parties and the time of year when celebrities take over DC and we get to see President Obama’s comedic side come out. This year marked the 100th anniversary of the organization’s founding and featured headlining comedian, Joel McHale. If you followed the Correspondents dinner in the past all I can say is Chris Christie is the new Donald Trump! Non-stop rips from both the President and McHale went down in both of their speeches.

In case you’re not familiar with the program, here’s how it works. From Friday to Sunday there are private events and brunches that are hosted by everyone from Facebook to Buzzfeed; with the actual dinner taking place at the Washington Hilton Saturday night. Before dinner all the magazines from The Washington Post to The Wall Street Journal host receptions at the hotel, then everyone that is invited to the dinner goes downstairs for the ceremony. The evening then concludes with Obama making a speech, followed by the headlining comedian (in this case Joel McHale) and then there’s some red carpet time with the celebrities, and the evening concludes with after-parties. The most exclusive of them all is Vanity Fair’s party, which until I earn a status at Clooney’s level, I wouldn’t even attempt to RSVP to. And then Sunday there are some fancy brunch events but otherwise most people call it a weekend.

My weekend went like this, Friday night I spent the night at the Funny Or Die party which I’m going to guess had the second largest celebrity turn out next to Vanity Fair. Many members of cast of Scandal. Veep, and House of Cards showed up, in addition to Eric Stonestreet and Jesse Tyler Ferguson (Cam and Mitch) of Modern Family. Tim Daly was chatting up a storm with Tony Goldwyn, while Zooey Deschanel and Casey Affleck (who is a total babe) where lounging upstairs. AnnaSophia Robb, Emile Hirsch, and Mae Whitman were three of a kind, mingling with guests but within close parameters of each other throughout the night. Also in attendance was Jeff Goldblum (who rocked an awesome motorcycle jacket), Freida Pinto, Michael Kelly, Tony Hale, Valerie Jarrett, Eric Stonestreet, Mike Farah, Anna Chlumsky, Anne V, Eddie George, Billy Eichner, Uzo Aduba, Dan Bucatinsky, JC Chasez, Michael Kives, Constance Zimmer, Tim Daly, Bellamy Young, Zooey Deschanel, Eddie Izzard, Sir Patrick Stewart, Jeff Perry, Tatyana Ali, and Will Poulter. Instead of having a photographer, the party hired a sketch artist to cover the night. And while guests were keeping their photos to a minimum, I couldn’t resist a quick snap on my way out with Scandal actor Tony Goldwyn (President Fitz Grant!) and Wings/Private Practice actor, Tim Daly. 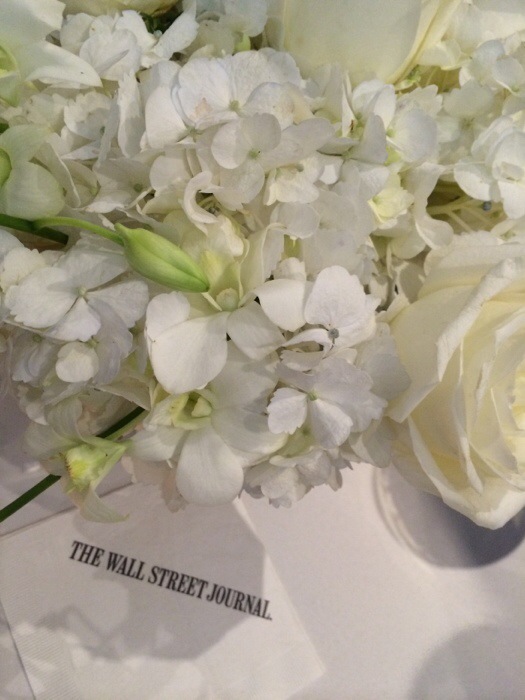 On Saturday I headed to the Washington Hilton and party hopped between the pre-dinner receptions on the second floor of the hotel; spending most of my time between The Wall Street Journal party and the Atlantic Media/CBS News cocktail reception. The Atlantic’s party is my favorite as far as the spaces in the hotel since it’s always hosted in hotels Heights Courtyard terrace. Celebrity guests include Julianna Margulies, Rosario Dawson, Gloria Estefan, Bob Schieffer, Kimberly Williams-Paisley, Brad Paisley, The Roots, Michael Gill, Michael Kelly, Jayne Atkinson, Norah O’Donnell and Willie Robertson, Dean Cain and Michelle Phawn. 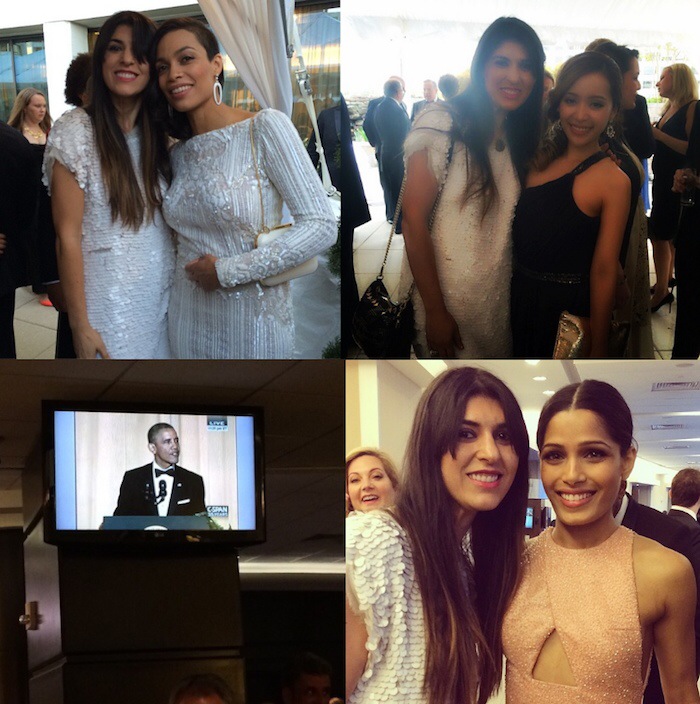 As the time approached for the actual White House Correspondents dinner, the celebrities and invited guests head down to the lower level of the hotel, while we get to stay put at the viewing parties. Even though I’ll never make it to the actual dinner, there’s still something about watching it live from the same hotel. 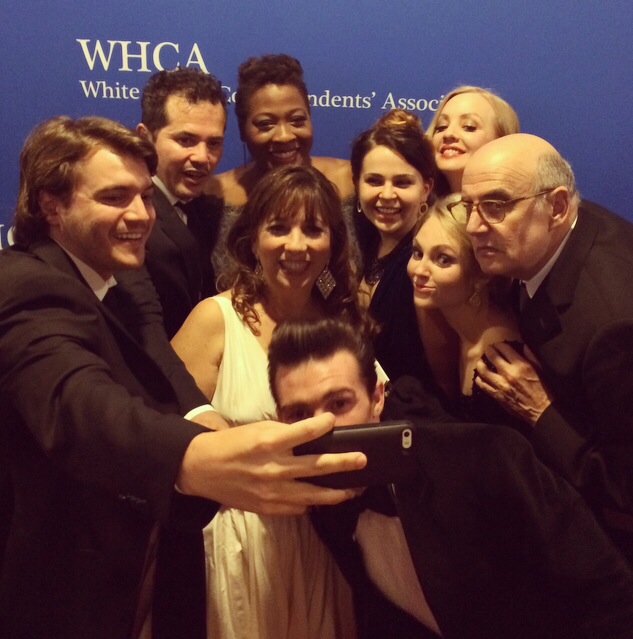 The dinner then concludes and it’s the rush of the red carpet as the celebrities vacate the dinner. My favorite moment goes to Emile Hirsch who took this adorable selfie with AnnaSophia Robb, Mae Whitman, Jeffrey Tambor, John Leguizamo and more! Such a fun weekend, DC did me right!