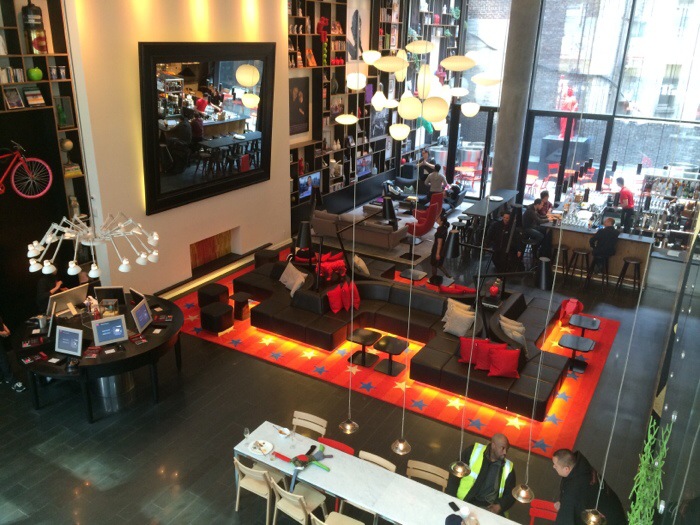 On Friday night, citizenM Hotel opened it’s doors and hotel rooms to over 100 bloggers and editors for one hell of an opening night. It was actually pretty epic. While the hotel doesn’t officially open until Thursday, guests had the opportunity to be the first ever to try the restaurant, stay in the rooms and blow up the open bar.

The boutique hotel is very modern and creative, with a spacious and colorful lobby that also holds the restaurant and bar with an upstairs seating area and computer room attached. The rooms are small, the bathrooms even smaller but feature king size beds and are very smart and practical with their layout. There is a huge draw under the bed for your luggage and in addition to an open closet there’s a thin storage closet behind the mirror. The lighting is outstanding (there’s like a million options), and all of the electronics (the television, blinds, heat/ac, alarm clock…) are controlled by a Samsung tablet. The layout made it comfortable instead of claustrophobic so the small square footage of the room was actually quite cozy. Besides, who wants to spend their visit in NYC hiding in their hotel room when there’s so much to see in this magnificent city!?!

citizenM Hotel is located in Times Square at 218 West 50th Street. Pictures below of the hotel and rooms! 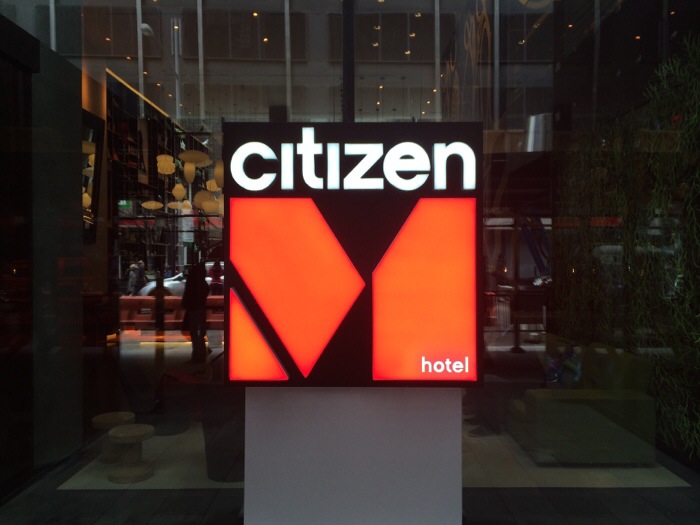 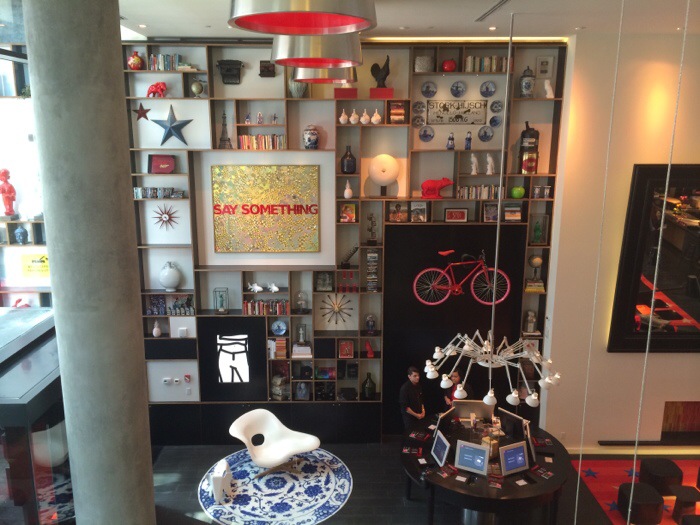 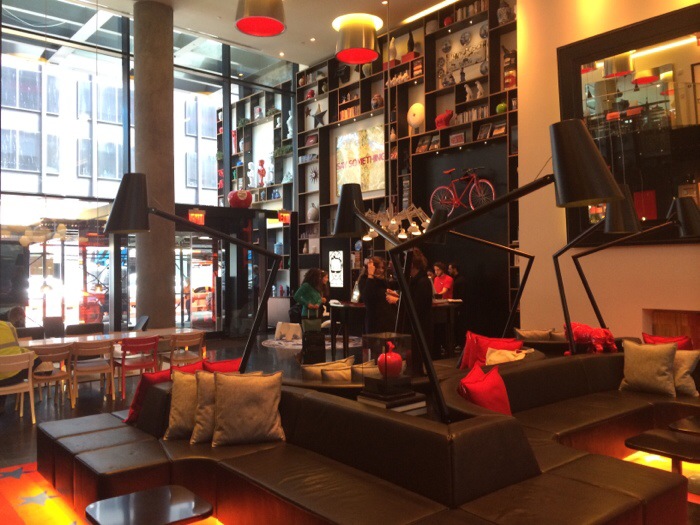 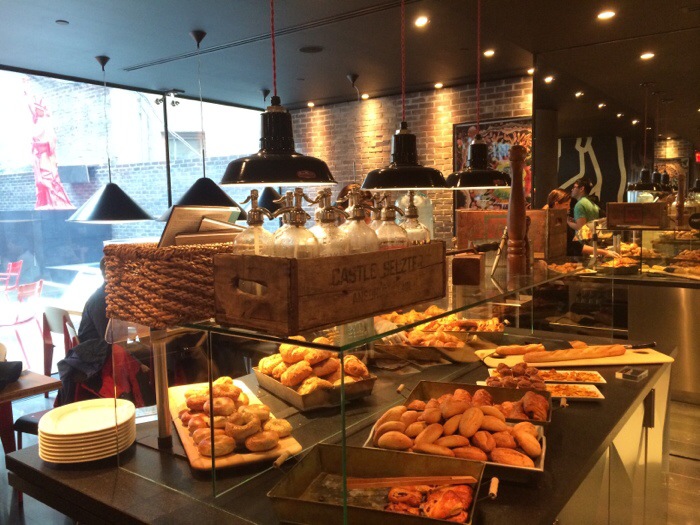 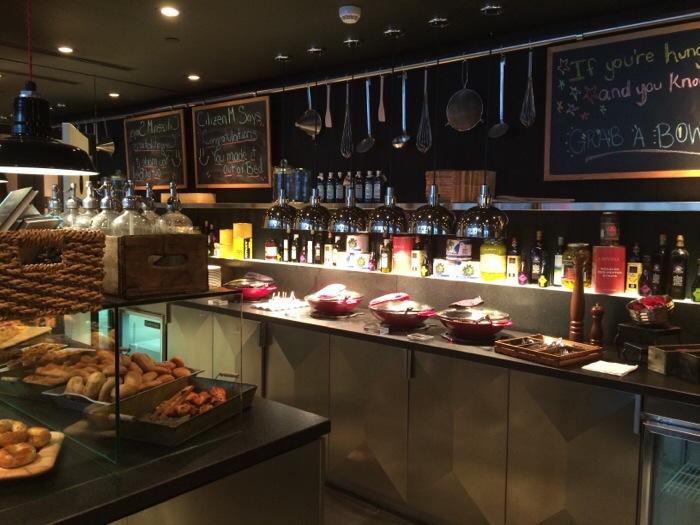 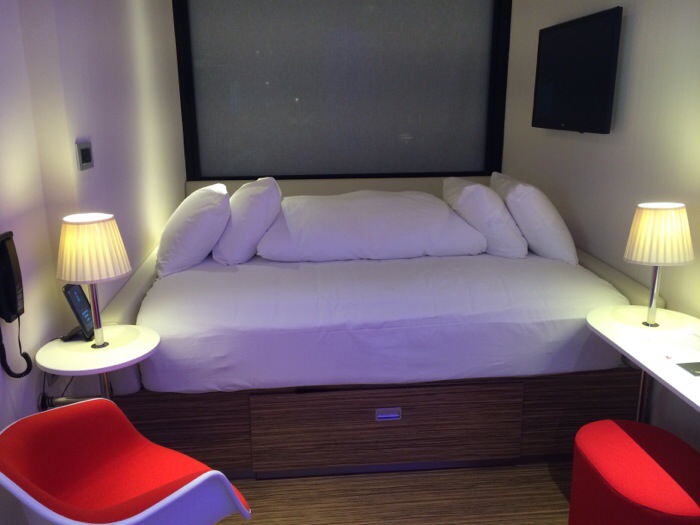 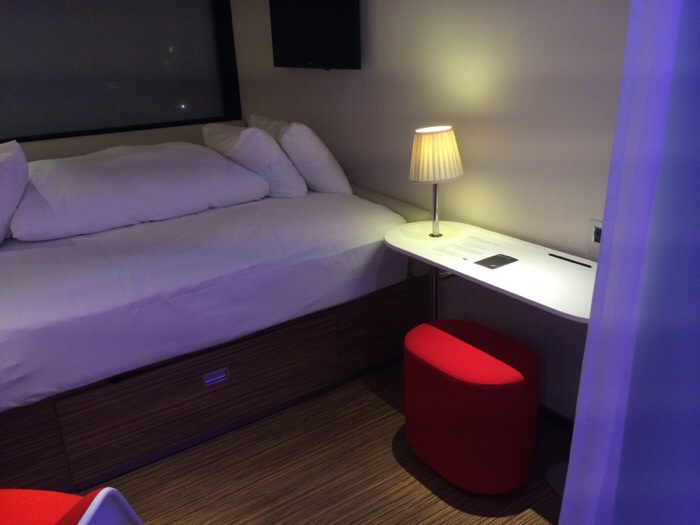 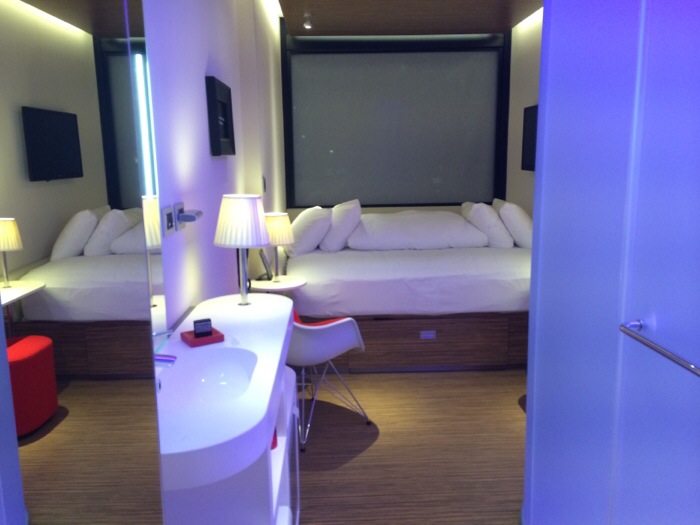 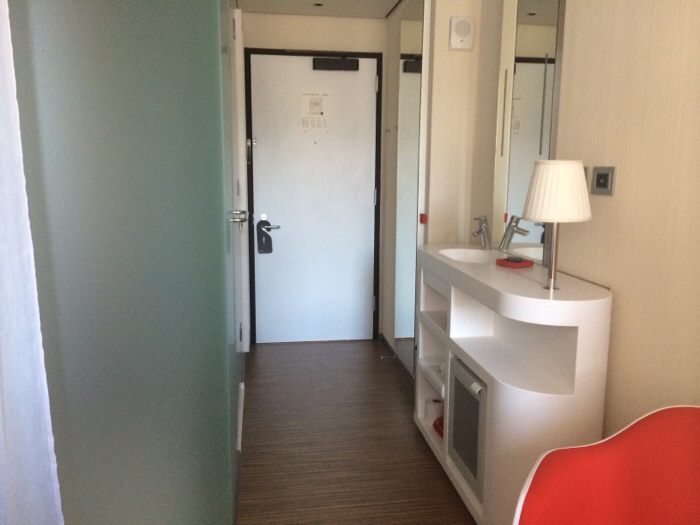 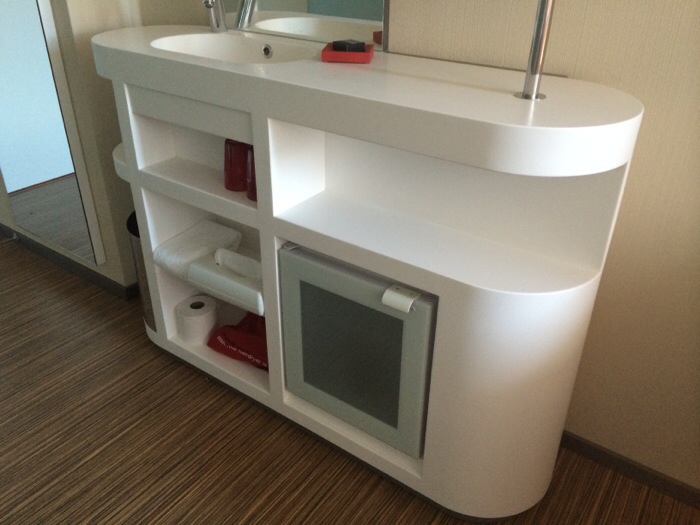 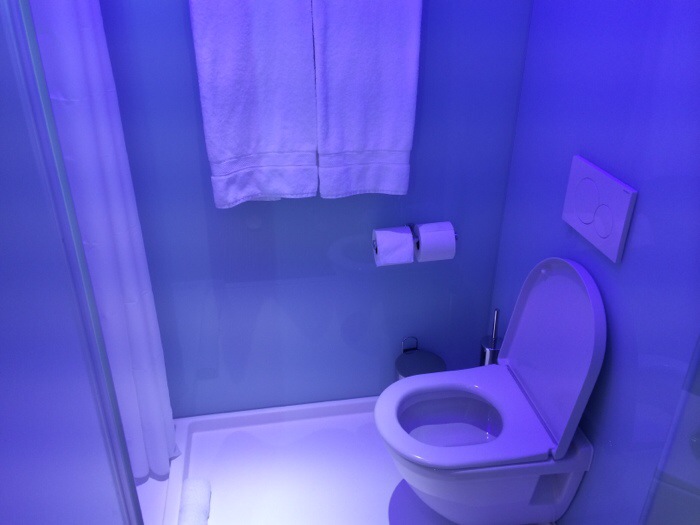