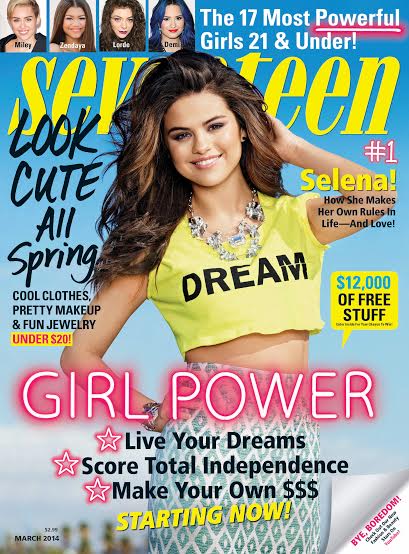 Seventeen Magazine, the #1 teen publication releases it’s first-ever power issue recognizing today’s most powerful girls 21 & under. The issue, which hits stands February 4th features cover girl, Selena Gomez, who gets the prize at #1, models Karlie Kloss, Kate Upton and Cara Delevinge (who I can not believe are all only 21!!!) as well as Lorde, Miley Cyrus and a whole slew of others (complete list below).

To develop the list, Seventeen conducted a national survey of teen girls ages 13-19 to determine what power means to them, and discovered that independence, followed by philanthropy and giving back to the world, carry the greatest weight in giving a girl power. Without further adieu here’s who made the cut: