Home Beauty A Date with Bailey’s: The Most Stylish Shot of the Night {Sponsored}

Last night, GLAM invited me to a private tasting of Bailey’s Vanilla Cinnamon at NYC’s DreamDry (aka where I got my awesome VMA hair done), for an evening of makeovers, blow-outs and what may possibly be the most stylish shot of my life. Featuring a custom DIY Bailey’s shot bar, I made concoctions that involved Bailey’s Vanilla Cinnamon mixed with whiskey and topped with an orange twist to something called the “Rich & Famous” that mixes Bailey’s Vanilla Cinnamon with Ciroc Armaretto and adds accents of edible gold around the mouth of the glass and isn’t complete without a cherry on top! 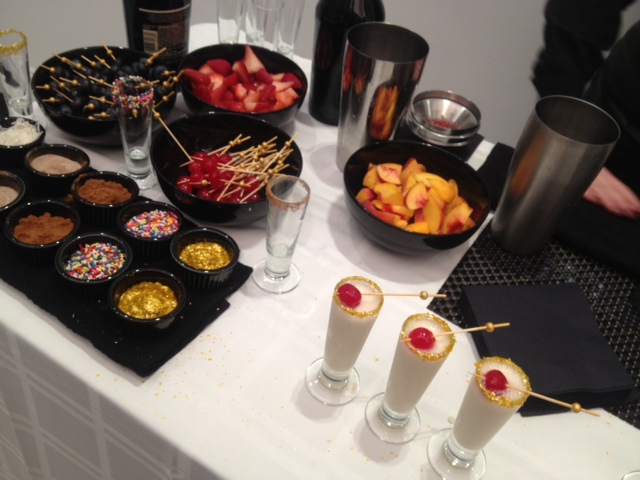 Now with the amount of hair I pack, my hair-dresser had her work cut out for her — giving me a blowout isn’t s quick job, it’s a workout. And while we chatted, the waiters came over for more mixed samplers using Bailey’s Vanilla Cinnamon. I don’t really have words for how delicious the addition of this liqueur added to every shot I sipped, but lets just say it took it from a drink to a dessert. And I should know, I may or may not have woken up with diabetes after the insane amount of sampling that went down — but at least my hair looks fantastic! 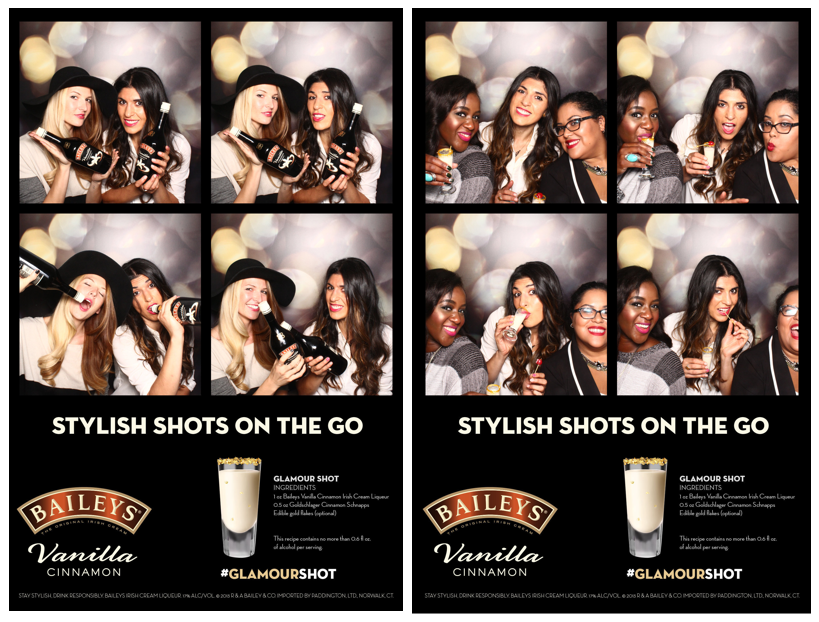 All kidding aside (I don’t have diabetes, just a strong sweet tooth), it was an evening packed with pampering and fun, plus an awesome photobooth which always makes for a great keepsake for the fridge to remind yourself on how silly you got. It was a great evening and so wonderful to be around so many of my blogger friends and have a girls night. 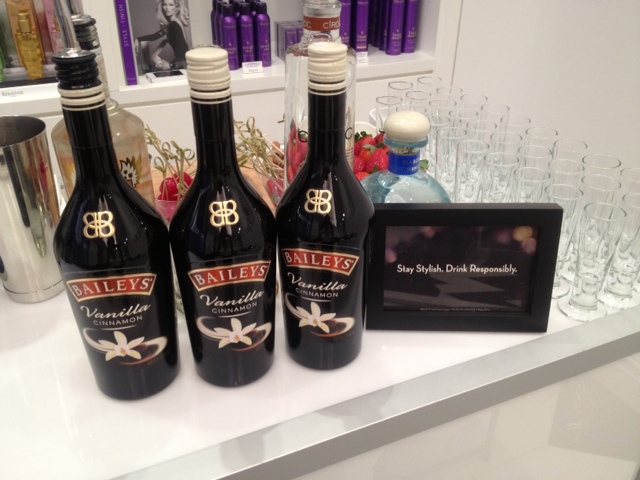 In case you’re wondering how to style your shot the formula is 10z Bailey’s Vanilla Cinnamon, plus 0.5oz of a spirit of your choice (Schnapps, vodka, Amaretto, Scotch, Ciroc, Rum, Tequila, or Whiskey) topped with the accessories of your choice (cherry, nutmeg, whipped cream, blueberries, peach slice…). Here’s a little cheat sheet with recipe’s to get you started: 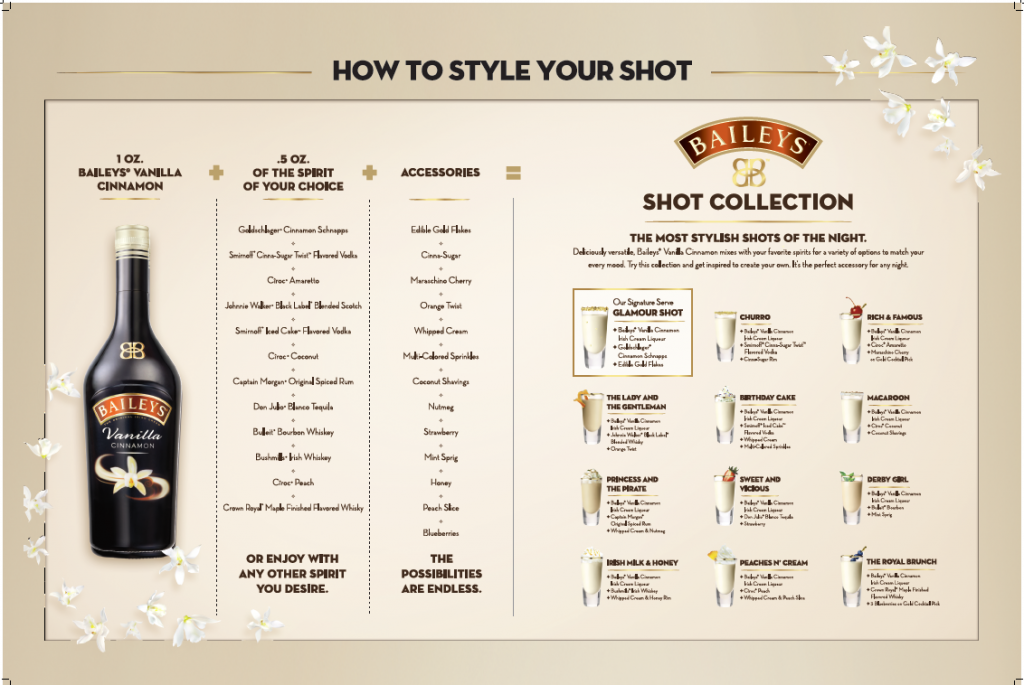 {And since night was themed #GlamourShots, how’s this for our Glamour Shot? — all that’s missing is our drinks!} 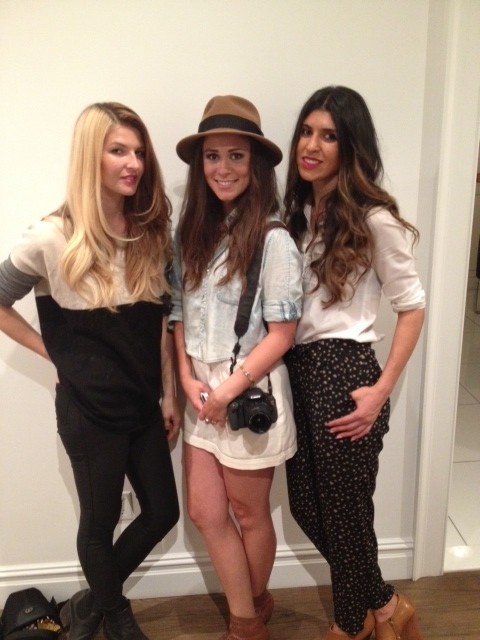 {Disclosure: Compensation was provided by Diageo via Glam Media.  The opinions expressed herein are those of the author and are not indicative of the opinions or positions of Diageo}