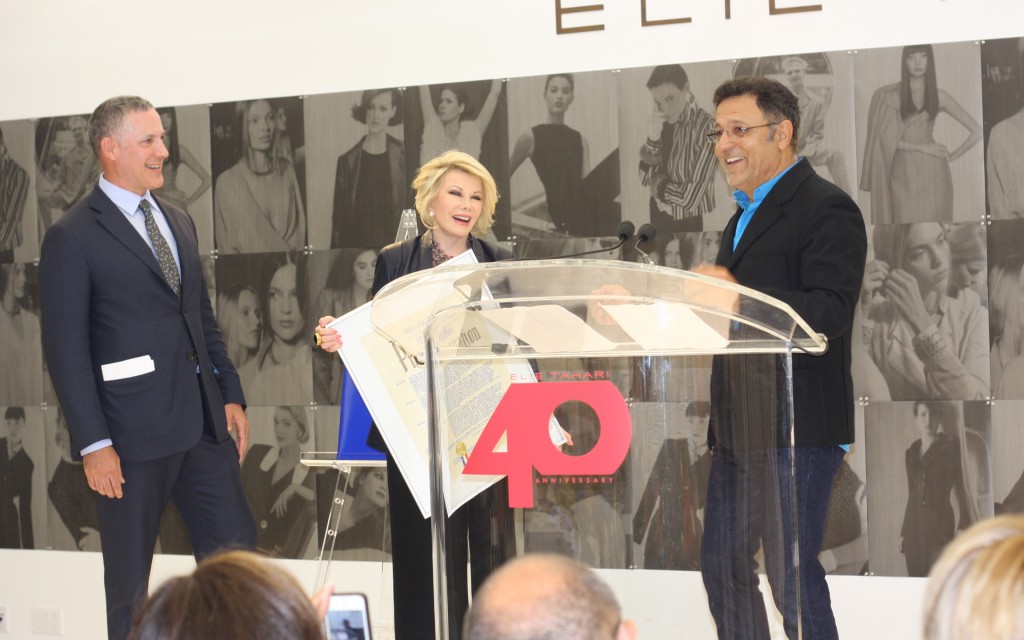 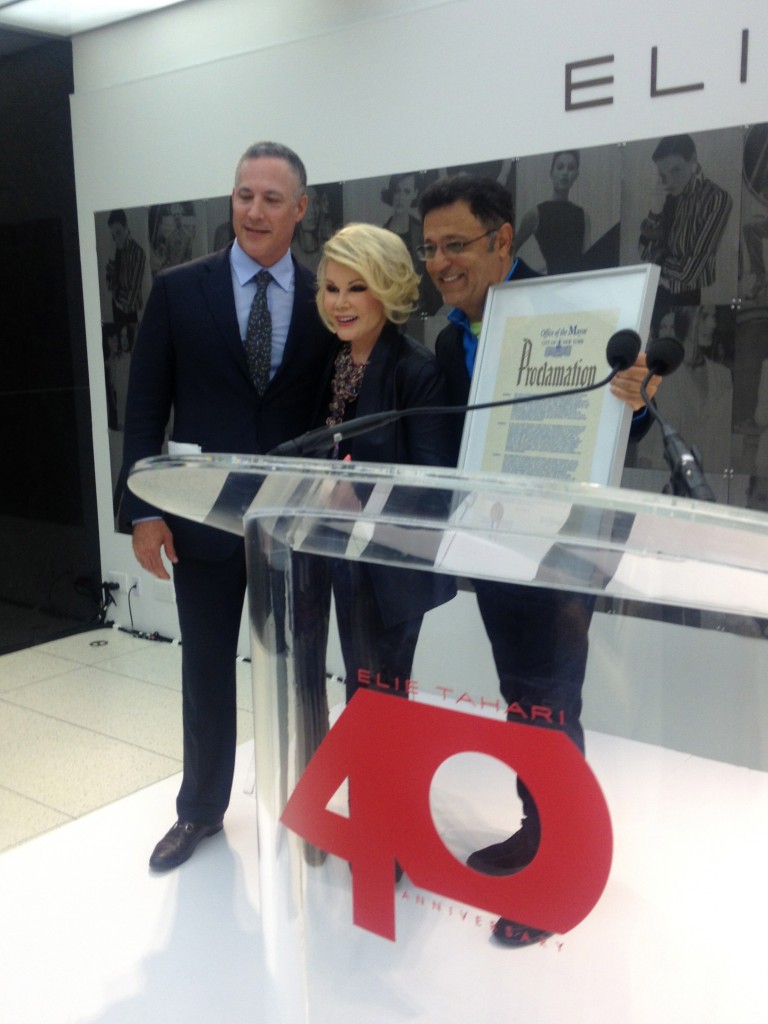 Followed by opening remarks, Mr. Tahari took the stage in appreciation. “The city of New York has given me everything,” the designer shares with the crowd. He takes a moment to acknowledge Joan Rivers saying, “when I grow up I want to be just like her.” She makes people laugh and makes them happy. So in honor of the day he asked the audience to celebrate by “making someone happy today.” 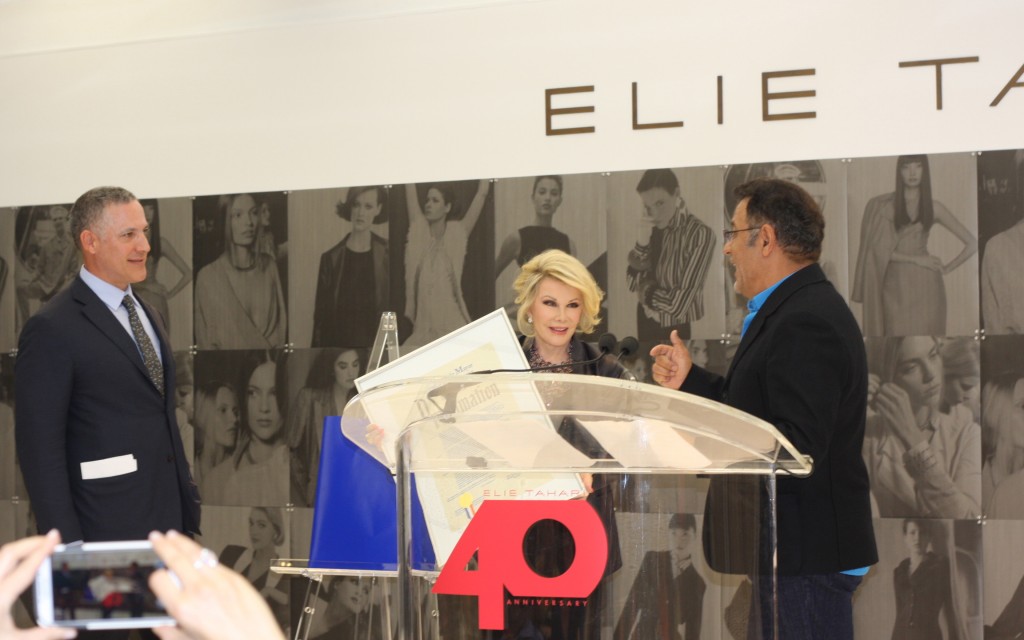 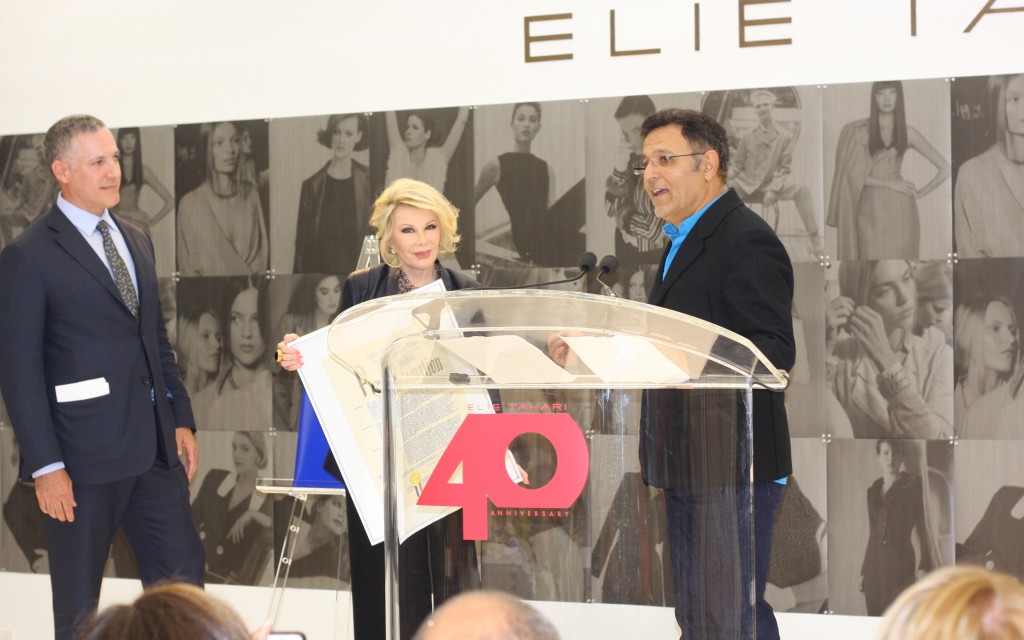