Last night, live from In Touch Weekly’s Icons+Idols party I was tweeting up the red carpet like it was my job! Which of course it was, since I was fortunate enough to be the red carpet corespondent for COVERGIRL! I already posted about my outfit, now for the fun stuff of who was there and the inside scoop on the top celebs #covermoments of the day as well as their must have beauty item for the red carpet!

Jenny McCarthy has been making headlines what with recently being announced as the newest member of The View, and dating New Kids on the Block singer Donnie Wahlberg. Her #covermoment was showing her son NYC for the first time and experiencing it through his eyes. Her must have red carpet product is powder — don’t want to be shiny on the red carpet.

Modern Family’s Sarah Hyland arrived in Marchesa and was super sweet! She had the same must-have product, powder as well as added lip gloss to the list.

It was so great meeting Taryn Manning, who was wearing a great mix of H&M and vintage, with some Rag and Bone jeans. Paired with a killer red lip that really competed the look, it came as no surprise her must-have beauty item — lipstick. 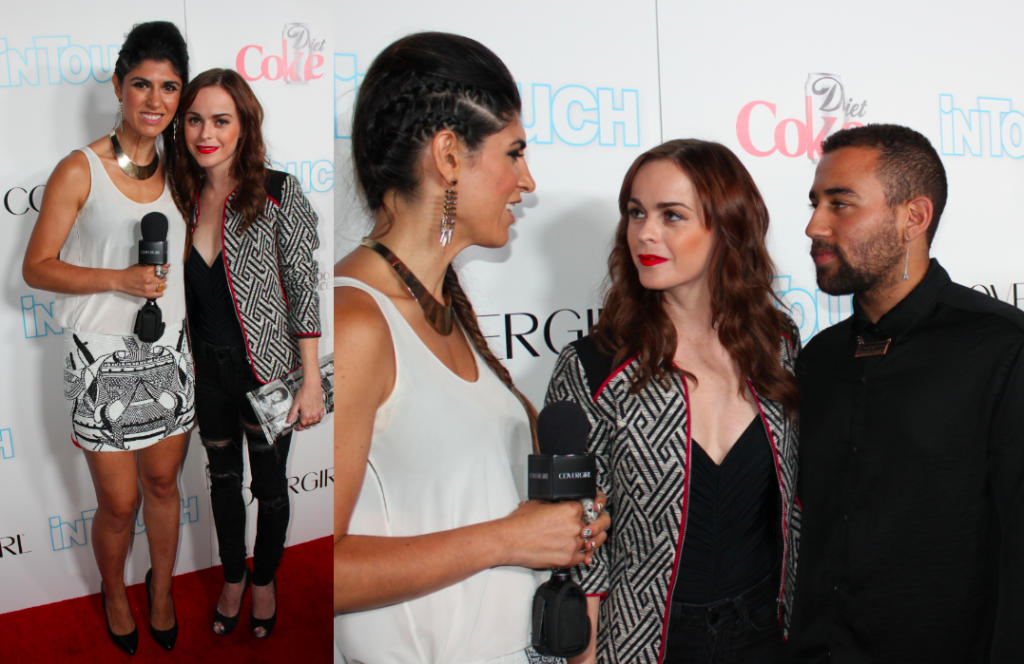 COVERGIRL spokeswomen, and stylish DJ duo NERVO made a fashionable entrance on the red carpet — their style is sick!!! It’s super original and they always look amazing head to toe. Sporting some COVERGIRL Flammed Out Shadow Pots and Smoochies Lip Balm, we gushed over our love for the new Flammed Out Collection!! Their #covermoment was the moment before they stepped onto the red carpet and were getting their makeup done. 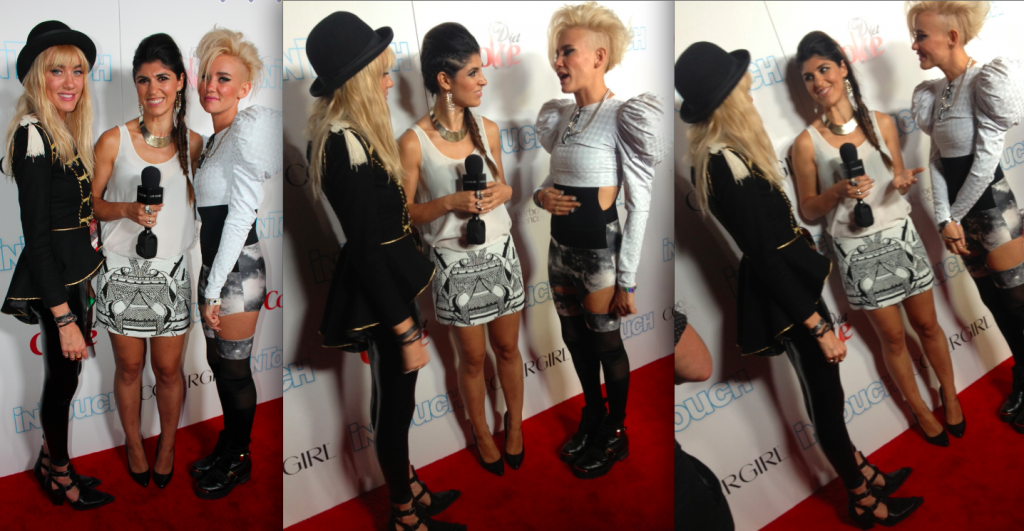 Now my next guest is tough to say without singing his name… yes, I’m talking about Jason Derulo. Sporting some pretty sick Guiseppe Zanotti pumps, Mr. Derulo opened up that his #covermoment was having dinner with his “sweetheart” post-show. #howsweet 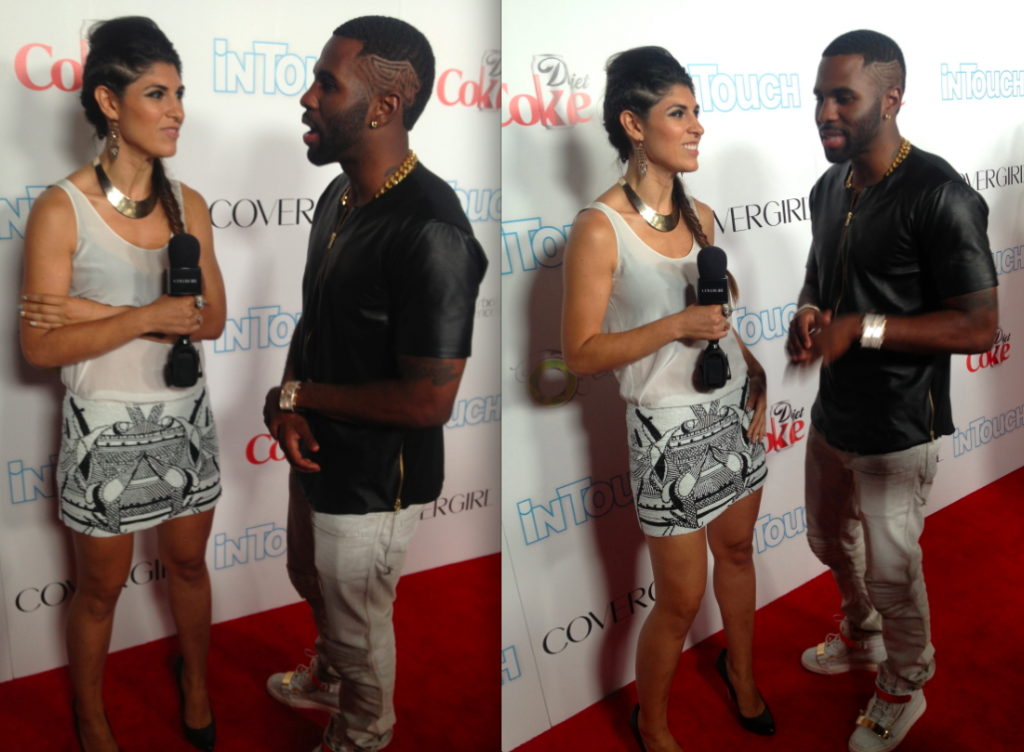 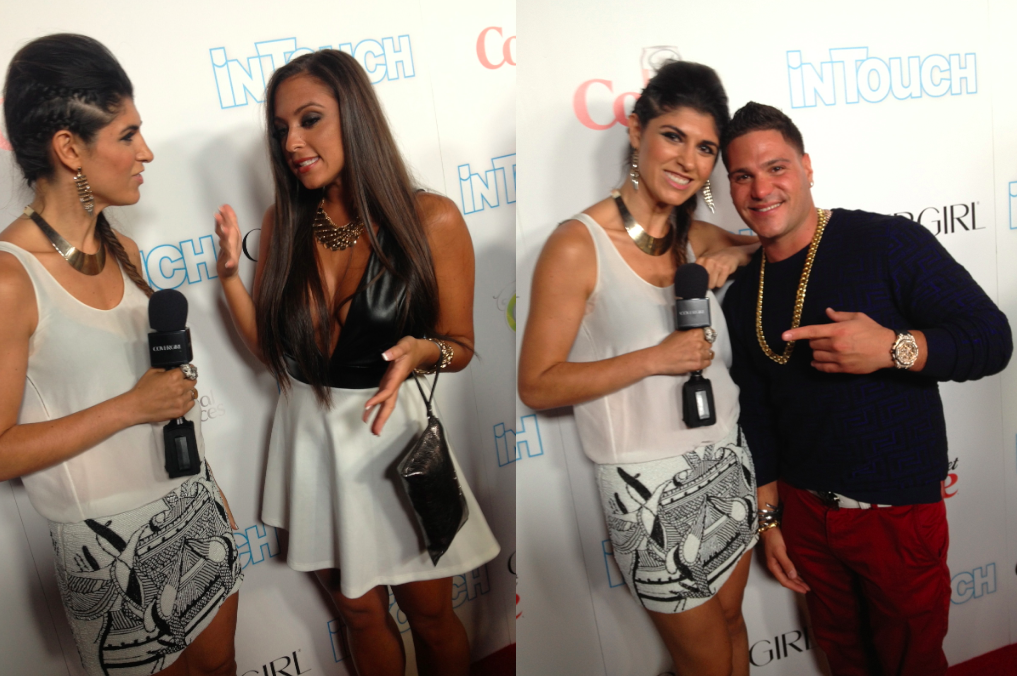 Nick Cannon stopped by for a quick photo opp — how great does he look decked out in Dolce and Gabbana? Going straight from the red carpet to the DJ booth he got the crowd moving and turned the event into a full on dance party. We even caught Jenny McCarthy rocking out in the DJ booth with friends. 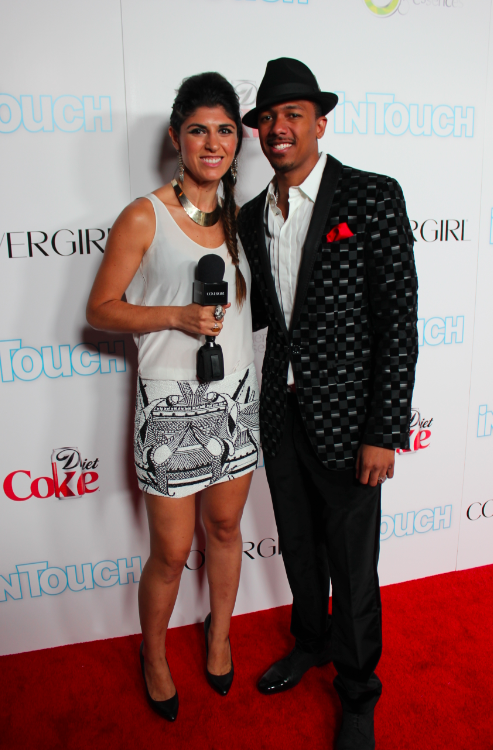 Speaking of Jenny McCarthy, lets face it, I’ve loved her since Singled Out. I’m so excited to see her back in the spotlight and doing so well! My #covermoment of the night goes to her telling me I looked great — twice. (Since apparently the first time left me so speechless, with facial expressions that mimic an adolescent boy trying to ask a girl out that she wanted to reassure me I heard her correctly).

MORE ABOUT #COVERMOMENT: COVERGIRL and MTV have launched covermoment.com, a site dedicated to fans capturing our cover moments! A #covermoment is the moment a woman feels her most beautiful and empowered and wants to share it with the world. Whether it’s a selfie or a group shot with friends, post your #covermoment on twitter or instagram using the hashtag and it will automatically be featured on the site (covermoment.com). The #covermoment tool pulls images using that hashtag from across the globe, bringing together celebrities, artists, and users all in one place.

Disclaimer: Pretty Connected was hired by In Touch Weekly and COVERGIRL to pose as the official partner and red carpet corespondent for COVERGIRL during In Touch Weekly’s Icons and Idols event.