It was an epic day at The Crosby Hotel. Last week IFB hosted a Q&A chat for the collaboration between our favorite pink hair designer, Chris Benz and Michael Knapp, Art Director of the new animated 3D feature film EPIC (in theaters May 24th). From the creators of Ice Aga, EPIC is an adventure comedy that tells the story of a teenage girl who finds herself magically transported into this secret universe, and teams up with an elite band of warriors and a crew of comical, larger-than-life figures, to save the world. The film stars the voices of Beyonce Knowles, Colin Farrell, Josh Hutcherson, Christoph Waltz and Amanda Seyfried.

After a short preview of the film Micheal Knapp went in detail showing some of the drawings and process behind the intricate designs for the character’s wardrobe in the movie.  I was blown away by the amount of detail and process put into each characters costume.  The costumes were inspired from nature keeping in mind the scale of the character in relation to the world around them.  He talked about the extensive animation process and showed just some of the many steps that take place to create these amazing animations.

Next the adorable Chris Benz unveiled a dress re-imagined from his Spring 2013 Collection that was inspired by EPIC’s visual landscape, a rich and luscious forest full of fantastic characters.  He talked about his creative process before him and Micheal answered questions from the audience.  This was one of the most detailed 3D animations Micheal has worked on,”it was a lot of fun but intimidating a hell,” he said.  Three years in the making, all that hard work will be ready for the public on May 24th when it hits theaters.

And as you may have seen on Instagram… We met Chris Benz! 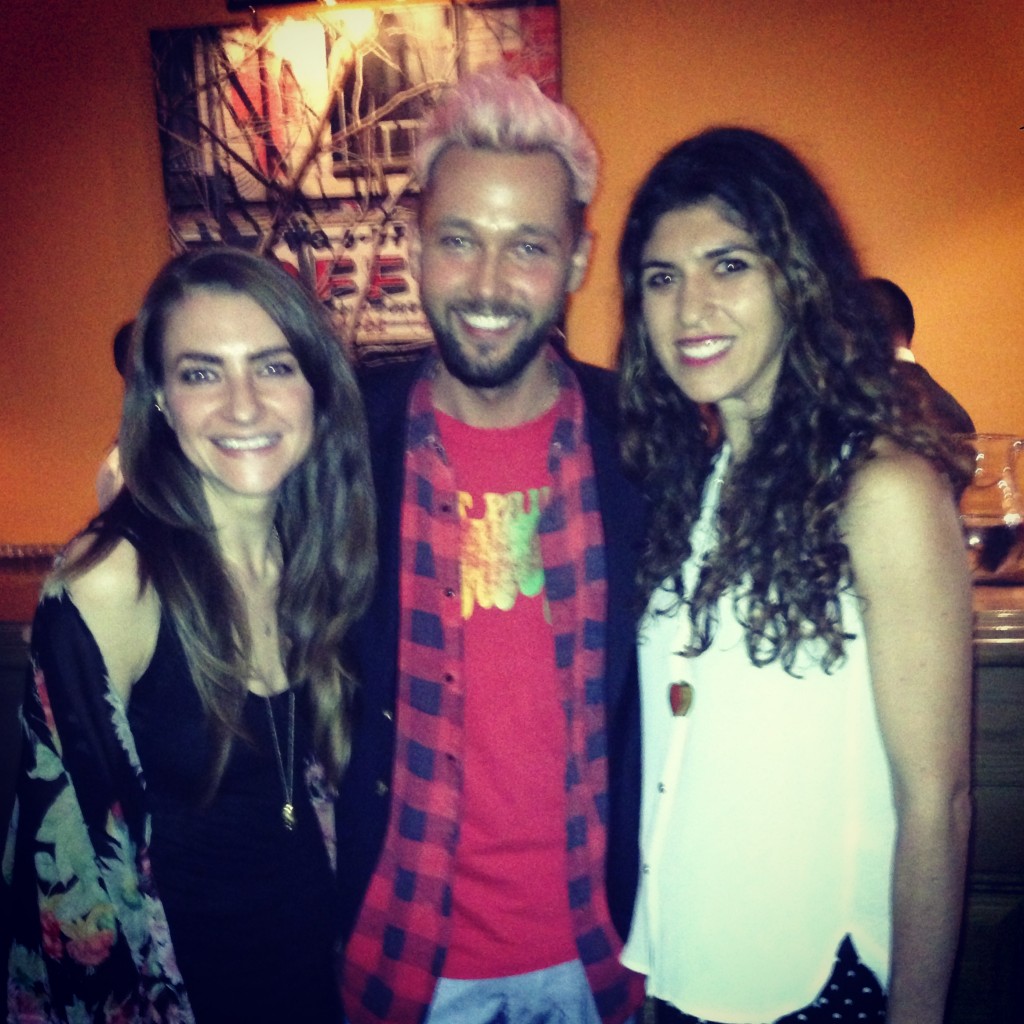