Timo Weiland didn’t miss a detail in their Fall 2013 look. It started backstage where MAC artist Chantel Miller was priming skin to give it a soft sheen while being careful to not over do it, as the make up looks were inspired by “feminine tomboys”. Hair had a bit of volume and some subtle waves, a kind of careless texture that you would covet from the girl who doesn’t fuss too much courtesy of L’Oreal Professional stylist Joesph DiMaggio. Zoya was on the scene with their Pixie Dust polishes creating a nail look that was just the right amount of dazzling. Three sparkled colors, Nyx, Godiva and Dahlia were layered on top of each other to give the nails depth and a bit of glitz but not a whole lot of shine. {*nail artist note* to get the matte look, let each layer of polish dry entirely before moving on to the next!} 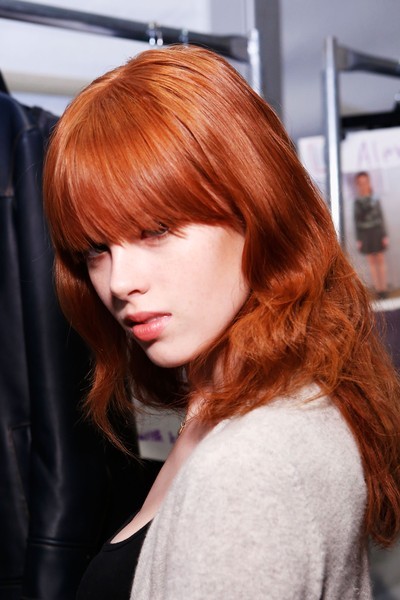 The nails, hair and make-up set a great stage for the looks that came down the runway. There was a lot going on, and that doesn’t include the awesome live performance from the male/female duo Cable, with styles nabbing inspiration from the English countryside all the way to the golf course and back to the Lower Eastside by dinner, your eyes were a flutter. Surprisingly with all that excitement you could instantly see how wearable this collection was. A shearling lined peacoat was covetable, a windowpane plaid suit made 9-5er’s rejoice and the edgy pieces with leather and burnout camo will satisfy the hunger of the cool New York City girl, who aside from all their influences is the one that invigorates them the most. 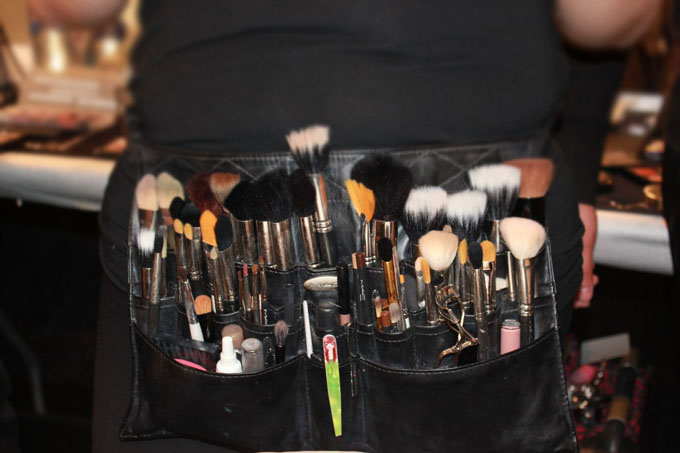 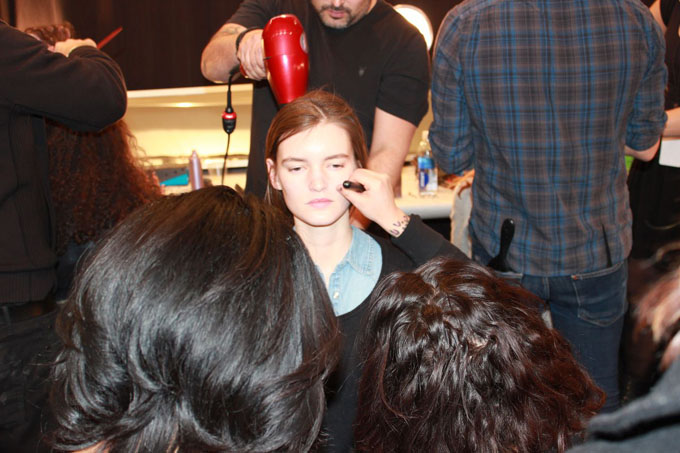 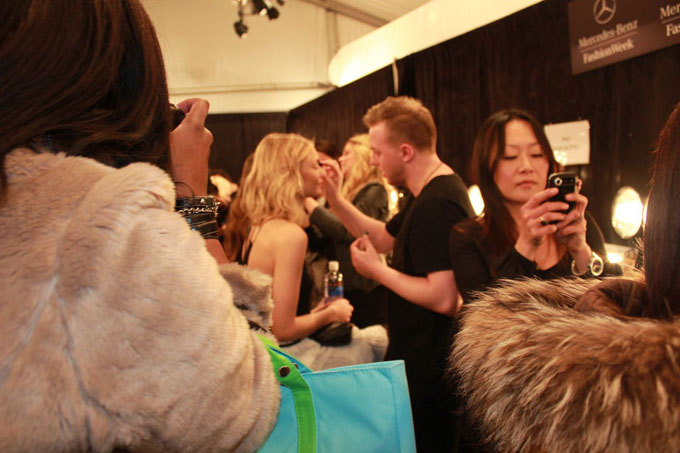 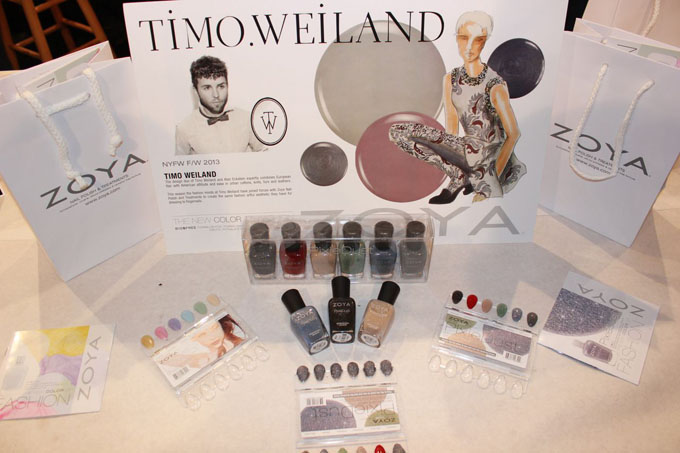 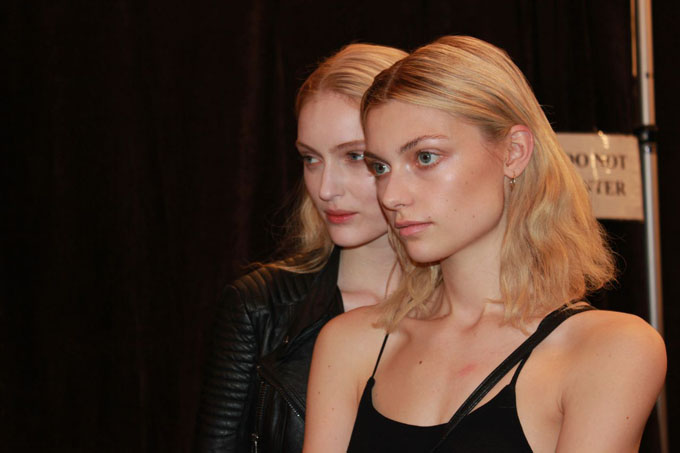 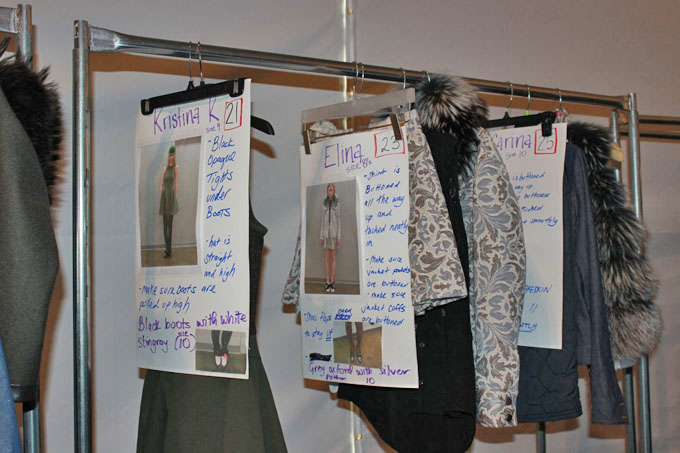 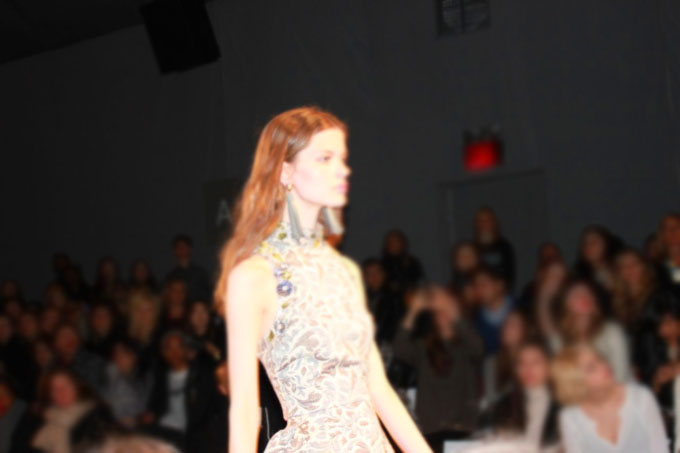 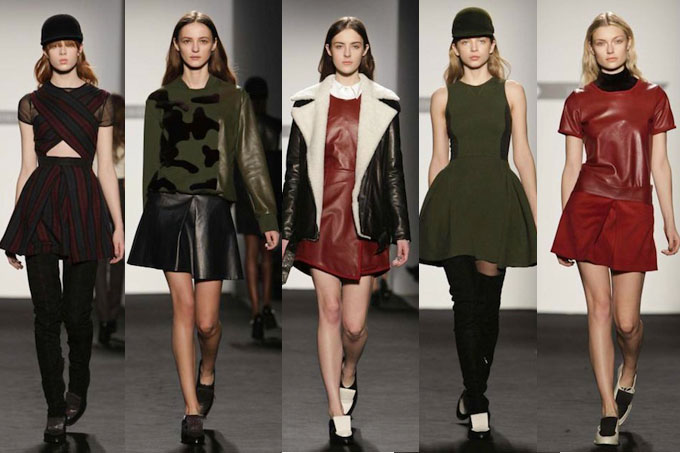 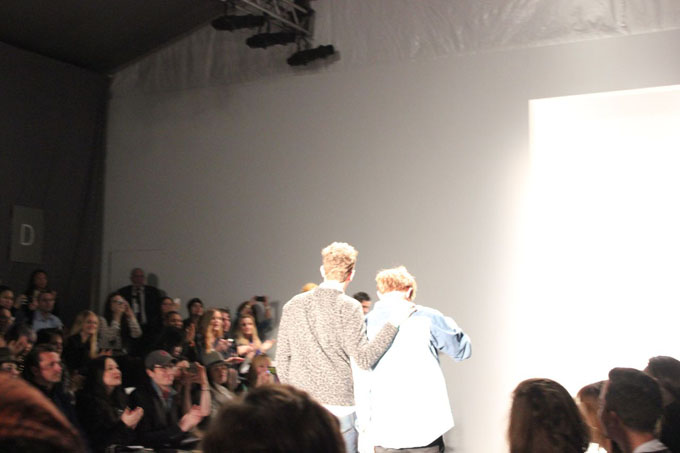