The third floor of Center 548 could have been mistaken for the dressing rooms of a major theatrical production… or maybe that’s exactly what it was. On one side of an intensely long arrangement of tables was the Bumble and Bumble hair station where fine tooth combs went up and down in harmony building levels of volume that would make Marie Antoinette heights look tame. Across the row, faces were going pale, pretty much porcelain, by an army of MAC make up artists being lead by Sil Bruinsma. Sil took a minute to explain how the look came about for Thom Browne‘s regal collection and the basis was fantasy. An enchanted look of whimsy, coyly resembling Tim Burton’s Queen of Hearts making sure to not skimp on the drama. With the apples of the cheeks slightly flushed in perfect circles by way of Frankly Scarlet it gave each model a doll like innocence that worked well with the dark scene set for the runway. The true mastery was on the lips where Sil went into great detail explaining that it was not only MAC’s fan favorite shade of red Ruby Woo that made the magic, the art was in the application using the #316 lip brush to paint the pigment in a petal like shape. The look came across every inch as imaginative as Sil described and it reeked with passion which complemented Browne’s garments like a dream. 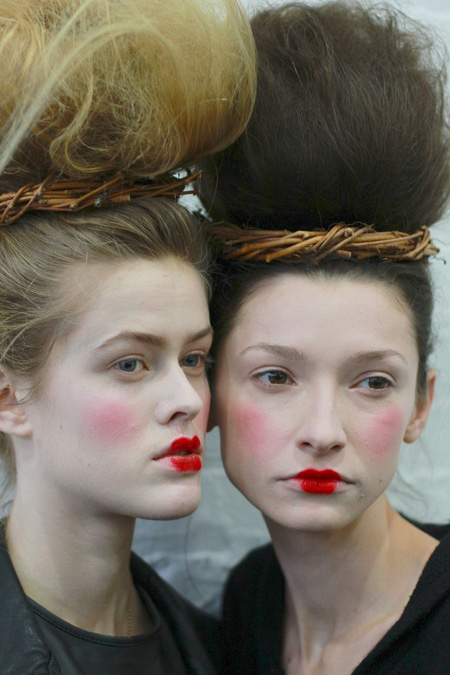 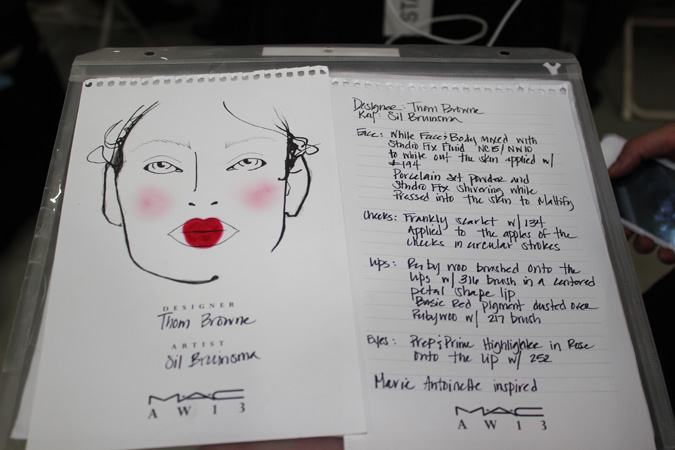 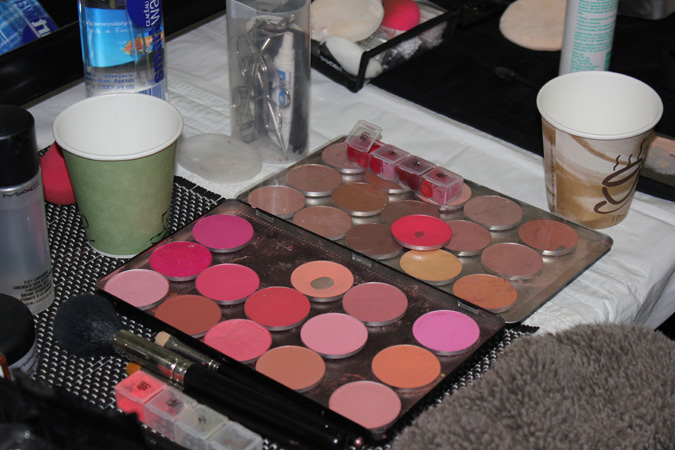 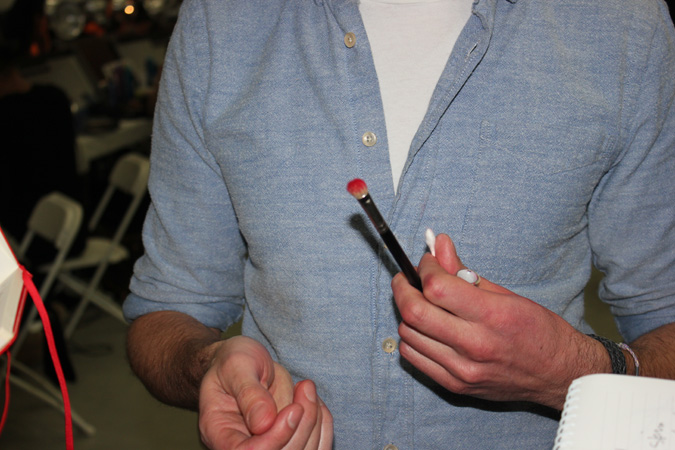 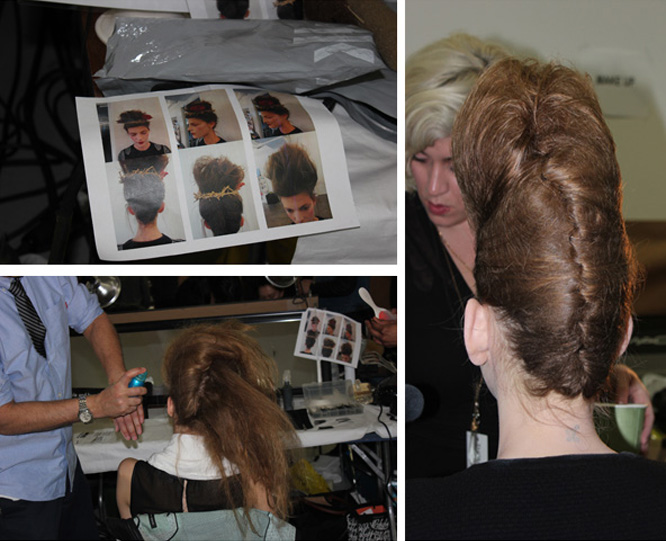