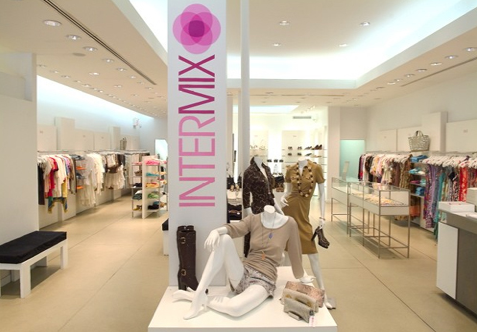 Intermix doesn’t produce its own clothes and has 32 boutiques across the U.S. and Canada. But the chain has relationships with designers, including Herve Leger, Fendi, Yves Saint Laurent, Proenza Schouler and Rag & Bone, from which Gap could benefit (they have been on quite the designer collaboration kick lately — GQ, DVF anyone?). Gap plans to double Intermix’s store count, as well as look for opportunities to expand the chain overseas.

I once had dinner with Intermix founder and CEO Khajak Keledjian, who told me the story of how when they opened they spent (and borrowed) every last dollar they had; so much so that they didn’t have change for their first customer when she attempted to pay with a traveler’s cheque. It was quite the impressive success story, especially since he dropped out of NYU to start Intermix with his brother, Haro. Khajak will remain at the company as chief creative officer.