It’s been almost a year in the making but I’m so excited to announce that Patricia Field is partnering with UGG Australia for the launch of Nordstrom’s NYC store to create two limited edition UGG boots!

As many of you know Nordstrom recently opened their first flagship store in NYC and to celebrate they launched Perfect Pairs, an exclusive collaboration with 14 customer favorite brands, each pairing with a muse and for UGG, that muse is Patricia!

END_OF_DOCUMENT_TOKEN_TO_BE_REPLACED

The 411 on the Nordstrom Anniversary Sale #NSALE 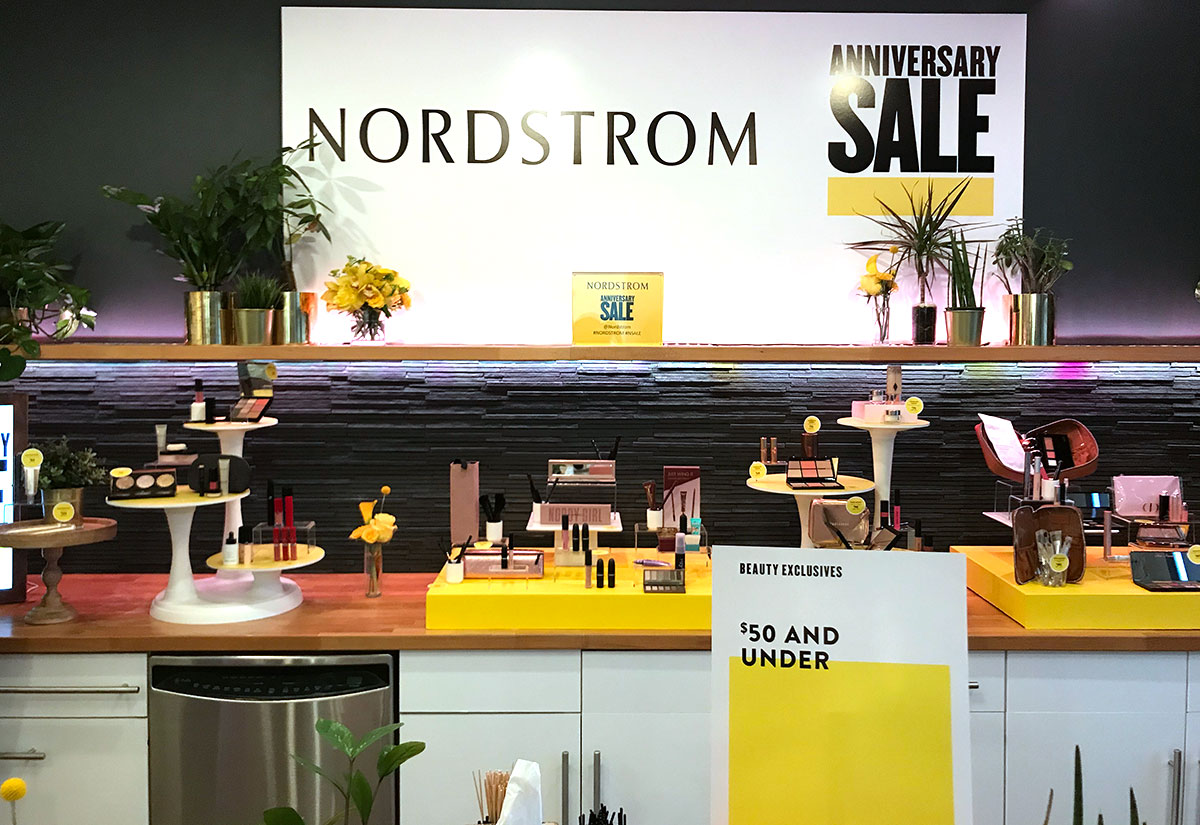 Well kids, it’s that time of year again when every department at Nordstrom goes sale for the Nordstrom Anniversary #NSALE with insane perks and gift with purchases. I got a sneak peek at the beauty sale a few days ago and it’s major! The savings, the exclusives, the events! We’re talking over 450 beauty exclusives from top brands including Charlotte Tilbury, Diptyque, La Mer, Le Labo, MAC, Jo Malone and more. Your social media is about to blow up from everyone telling you what to buy and the best deals so I’m going to cut to the chase on the other things you should know from events, dates to sampling hacks (scroll to the bottom for my top beauty picks):

The 2018 Anniversary Sale runs July 20th through August 5th on Nordstrom.com and in Nordstrom stores. Nordstrom Rewards Members can access the sale from July 12th through 19th and earn reward points while shopping! Learn more at: http://shop.nordstrom.com/c/rewards.

What else you need to know! Nordstrom is also offering the following to make your shopping experience that much easier:

SAMPLING: TRY BEFORE YOU BUY

Nordstrom wants you to love your beauty purchase, so why not try it first? We offer in-store samples of almost any beauty product, every day.

FREE SHIPPING AND FREE RETURNS ALL THE TIME

Nordstrom ships for free – no minimum purchase ever! Don’t love it? Returns and exchanges are free via mail, in-store or over the phone – it’s that easy.

BUY ONLINE AND PICK-UP IN STORE

Nordstrom customers can enjoy the convenience of shopping online and the ease of picking it up at their local store, complete with complimentary gift boxes.

END_OF_DOCUMENT_TOKEN_TO_BE_REPLACED 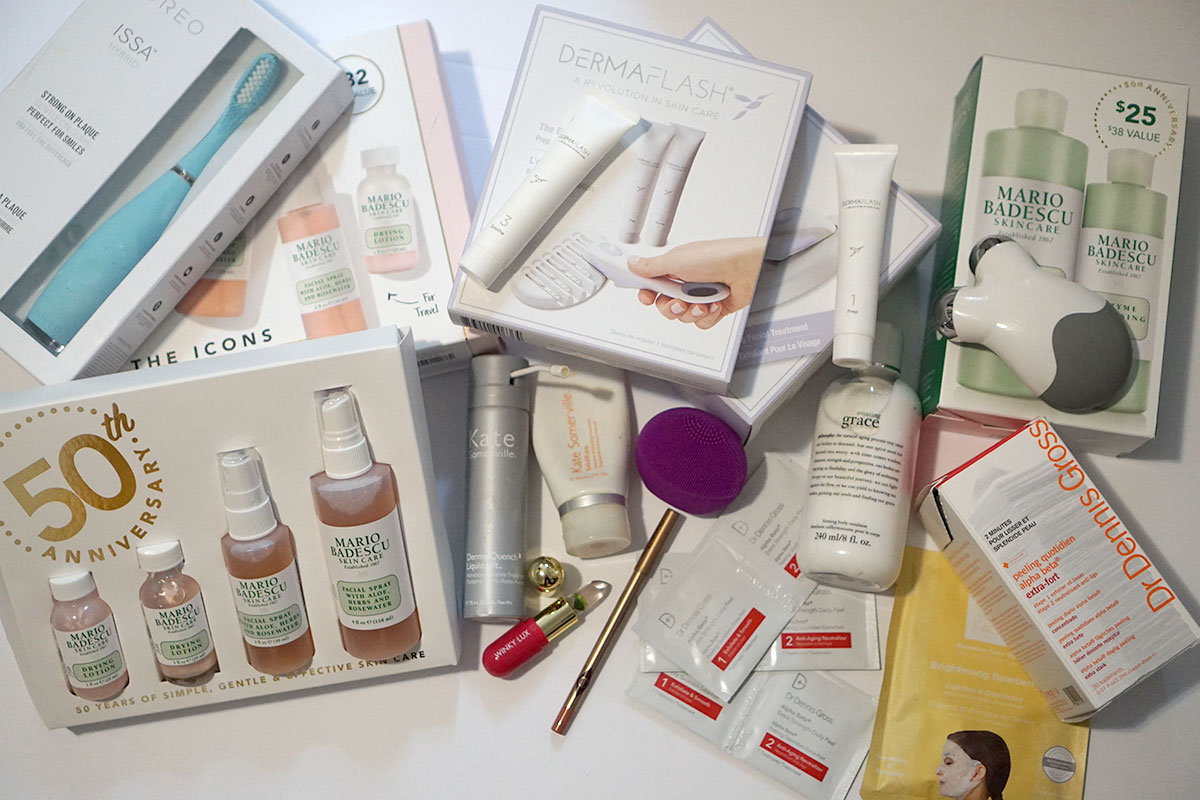 My Instagram is going ablaze with the Nordstrom Anniversary Sale. Literally people are losing their minds. While I’m definitely seeing the fashion side go bananas the beauty end is not to be ignored. Tons of exclusives and mega discounted products and sets from MAC, Charlotte Tilbury, La Mer, Mario Badescu, NARS, Beautyblender, Sigma and so many more! Like literally hundreds of brands spanning hair, makeup, fragrance, skincare, tools and everything in between. They also have Beauty Stylists that can help you online or in store to help you tailor each brand and product assortment for you. Think stylist but for beauty (and it’s a complimentary).

END_OF_DOCUMENT_TOKEN_TO_BE_REPLACED 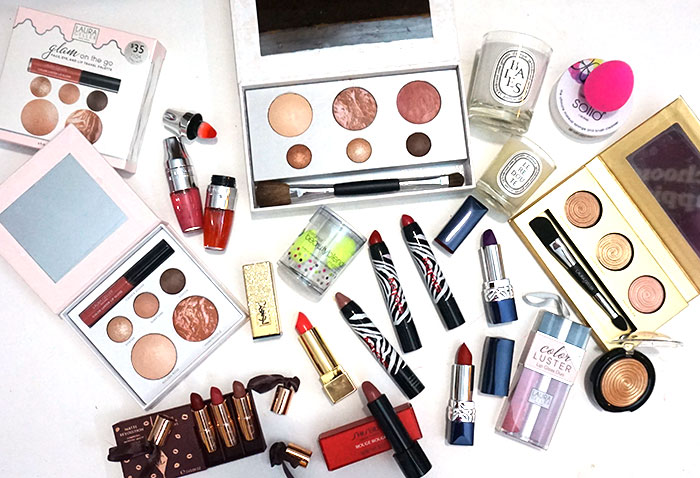 Kiss up to the holidays, with some of my favorite beauty products from Nordstrom. They’re one of my ultimate go-to beauty destination offering discount sets from everyone from Charlotte Tilbury to Diptyque and exclusives not available at any other retailer. While they have a vast assortment of giftables (you can see them all HERE), these are actually some of my favorite lip and face picks on my vanity. Splurge on yourself first… everyone else can wait for Black Friday.

Laura Geller sets – I literally can’t get enough. All are amazing featuring her top sellers with an incredible value — she went so above and beyond with her holiday assortment. The Color Luster Lip Gloss Duo ($12, $38 value) features two of her high shine, sheer to medium coverage lip glosses in Strawberry Creme and Rhubarb Crumble. Glam On The Go ($35, $104 value) is the perfect travel palette featuring three backed eyeshadows (Oyster, Sunstone, and Cocoa), Golden Rose Baked Highlighter, Honeysuckle Baked Blush and her Cookie Dough Lip Gloss. The Best of Baked Palette ($49, $130 value) features her Golden Rose Baked Highlighter, Pink Buttercream Baked Blush, Medium Baked Bronze-N-Brighten and three Baked Eye Shadows in Sand, Guava and Cocoa. The Baked Gelato Swirl Illuminator palette ($30, $80 value) features three minis of her top swirl illuminators, Gilded Honey, Ballerina and Peach Glow. Gilded Honey is probably the highlighter I use the most out of any brand (I’m obsessed), it’s golden perfection! So I also included the full size (pictured above) which is one of my all time beauty must haves.

END_OF_DOCUMENT_TOKEN_TO_BE_REPLACED 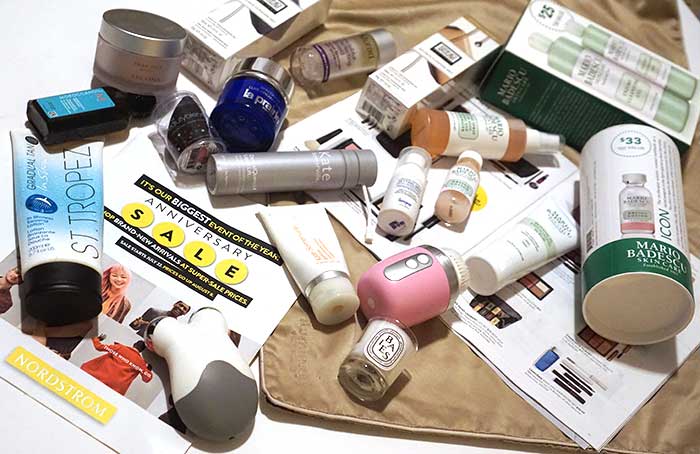 It’s time! The Nordstrom 2016 Anniversary Sale is here and as always, it’s filled with exclusives and limited edition beauty products and sets at awesome values. It also spans fashion and other categories as well. I got an exclusive peek at some of the beauty sets — complete with brands like Clarisonic, NARS, Charlotte Tilbury, Kate Somerville, Clinique,  Jo Malone, La Praire, Diptyque, Kiehl’s, MAC, Mario Badescu — basically all of our favorite brands and countless more who never discount their products are taking part! Expect a lot of limited edition jumbo sizes of the brands bestsellers, fun never-before seen sets and palettes. Categories range from beauty, skincare, electrics and tools, fragrances and beyond! Here’s some of the offerings you have to look forward to:

END_OF_DOCUMENT_TOKEN_TO_BE_REPLACED

This giveaway is now closed 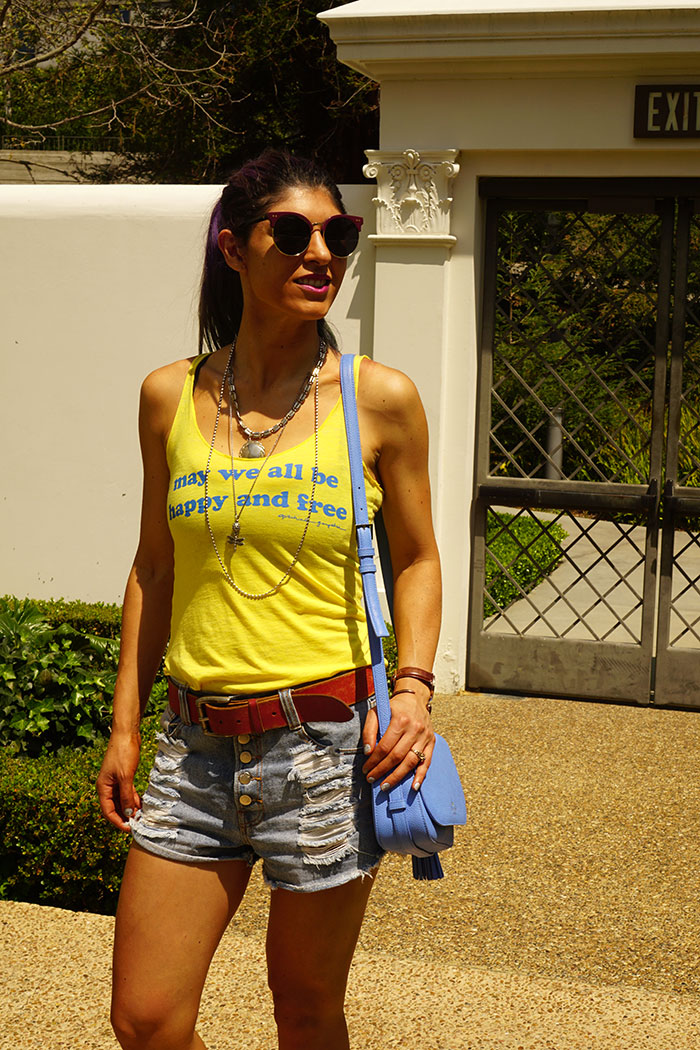 Coming from the New York cold to the LA sun, I wanted one thing: a tan (okay, more than one thing), but with my SPF regimen, that’s not happening anytime soon. Truth be told the only way you’ll see this body with color is if it’s a spray tan or body bronzer. With Coachella, pools and the excessive amount of white clothing I brought I don’t have the energy for body bronzer or the patience with it sweating all over my clothes. The easy solution, Palm Beach Tan. They are my jam, and literally have locations everywhere but NYC (they are the largest indoor tanning company nationwide, and my go-to when I’m in LA!)! In literally 2 minutes they can customize my bronze to any level of golden with their state of the art machines and products. I mean how tan am I from these photos I took yesterday?

In celebration of being in reach of the beach, we’re partnering to giveaway tan packages and a $150 Nordstrom gift certificate to help with that summer outfit! 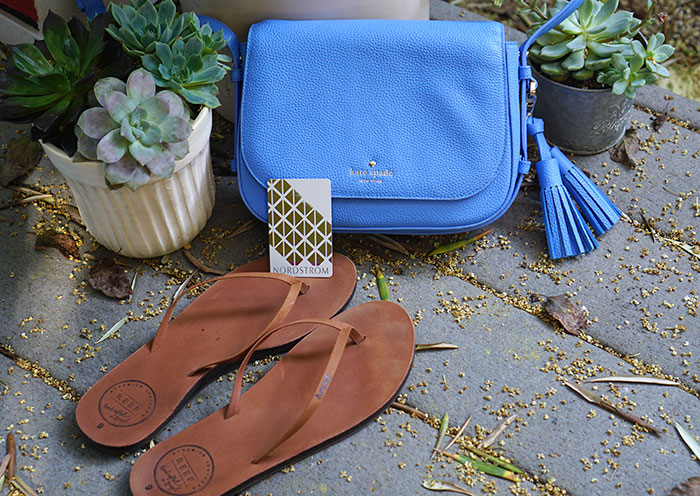 Five winners will be chosen to win a free sunless/sunbed certificate to the the Palm Beach Tan salon of choice and one grand prize winner will win a three-month Diamond Premier membership (sunless and sunbed options available with Diamond level) and a $150 Nordstrom gift certificate!

There are 3 ways to enter (each counts as a separate entry):

Scroll to the bottom for rules and the golden rules of tanning!

END_OF_DOCUMENT_TOKEN_TO_BE_REPLACED

His & Hers: Pikolinos Shoes 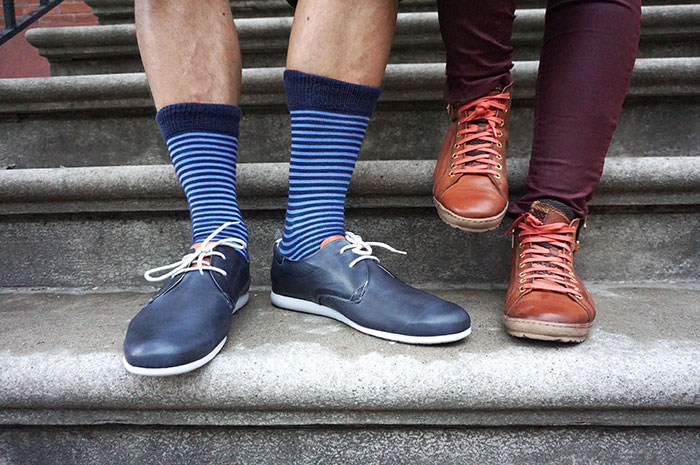 James and I are in the process of redoing our apartment which as you can imagine with how much we travel has been a long time coming! While we’ve tackled most of our storage issues we’re still deciding how we want to organize our shoes. I don’t think we realized how many we had until we cleared out all of the hiding places (under the bed, in the hallway, shoe racks, storage closet…) and as you can imagine have quite the collection! What I want is a way to properly store them so I see everything. We have so many amazing pairs that it also inspired me to start doing a regular feature on cool brands starting with Pikolinos!

END_OF_DOCUMENT_TOKEN_TO_BE_REPLACED 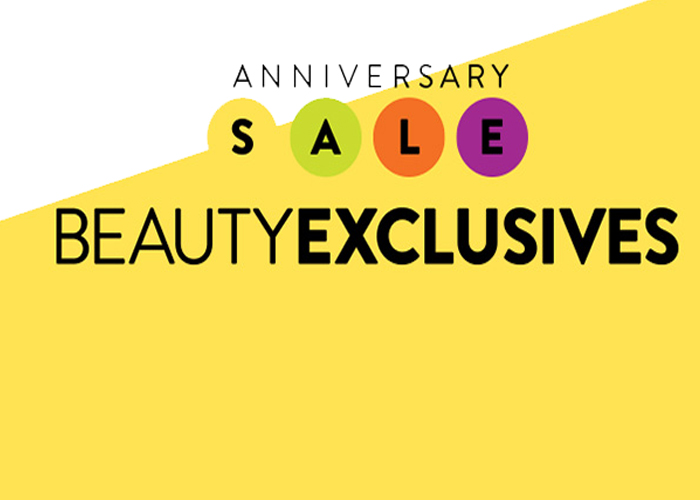 Mark your calendars ladies (and gents) because Nordstrom’s highly-anticipated Anniversary Sale starts July 17th! For a limited time, Nordstrom offers brand new fall styles and products at discounted prices. The best part? For beauty lovers, luxe buys to cult favorites get majorly discounted and you get to shop exclusives to Nordstrom’s! Pssst click HERE to preview the whole sale before it starts!

END_OF_DOCUMENT_TOKEN_TO_BE_REPLACED 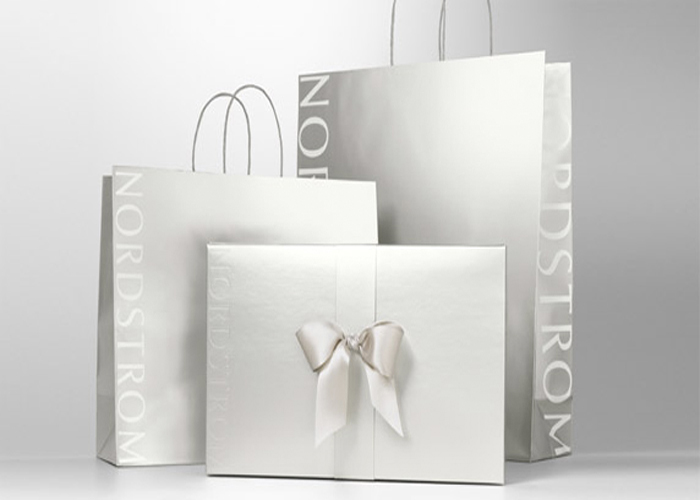 Even though the Rockefeller Christmas tree lighting hasn’t happened yet, the holidays are in full swing at Nordstrom. PC got a chance to jumpstart our shopping list at The Standard – Highline.  This year, we weren’t telling Santa our Christmas list, we were vying to get on Nordstrom Beauty Directors’ nice lists.

This season, Nordstrom Beauty is a one-stop shopping destination for everyone on your holiday list.  Seasonal offerings and exclusives include top cosmetics, fragrance, haircare, skin care and men’s grooming brands from Bobbi Brown, Clarisonic, Diptyque, Chanel, MAC and more! 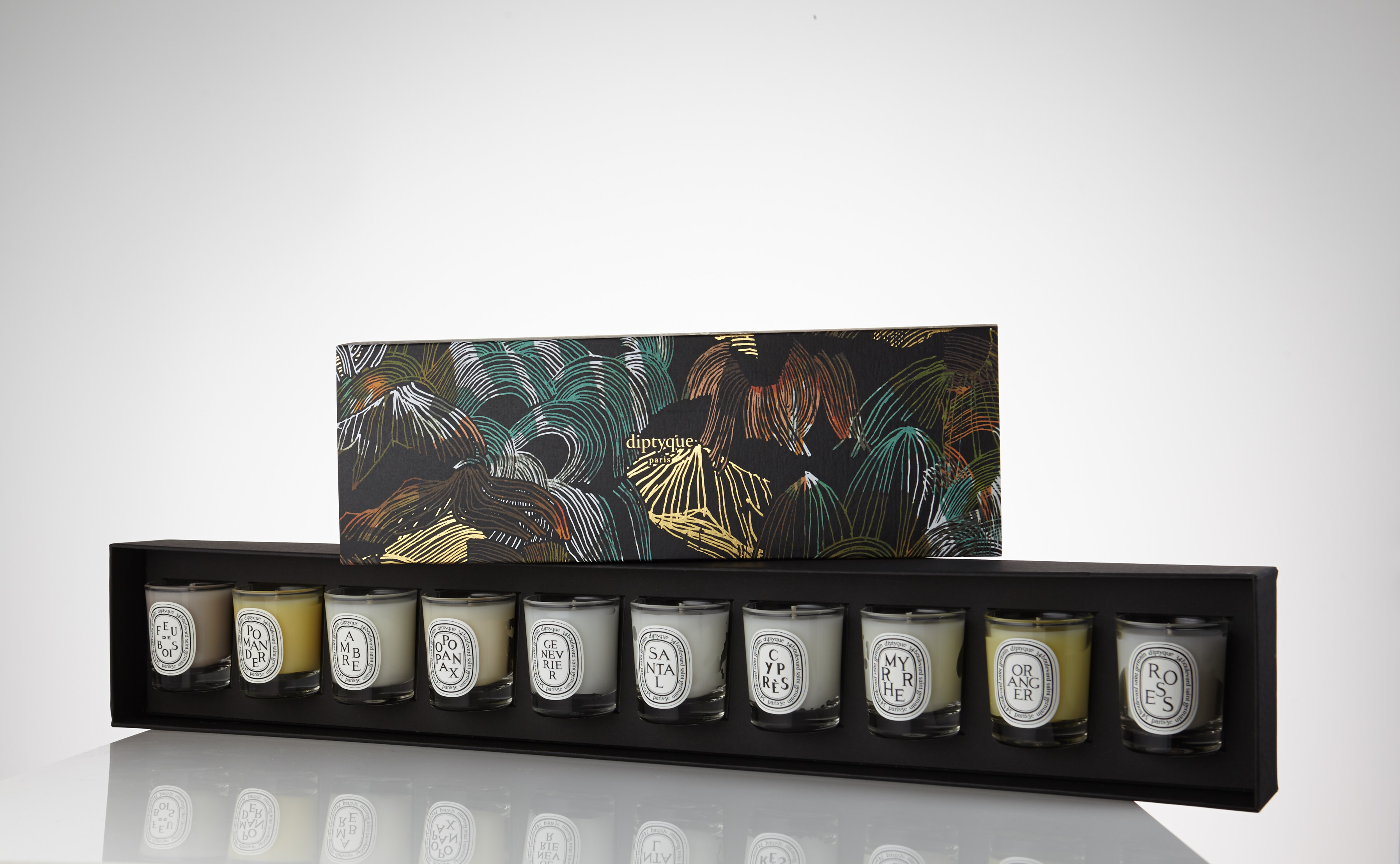 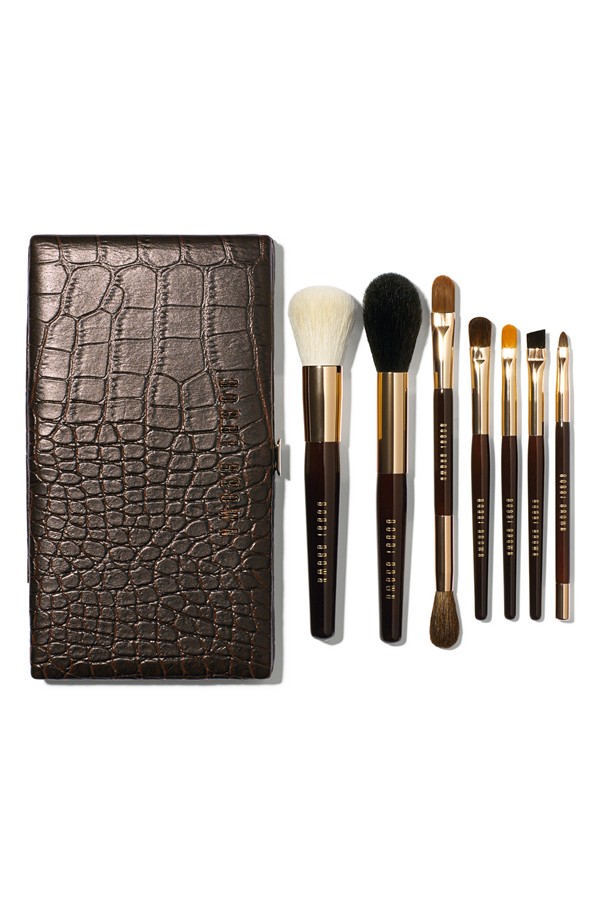 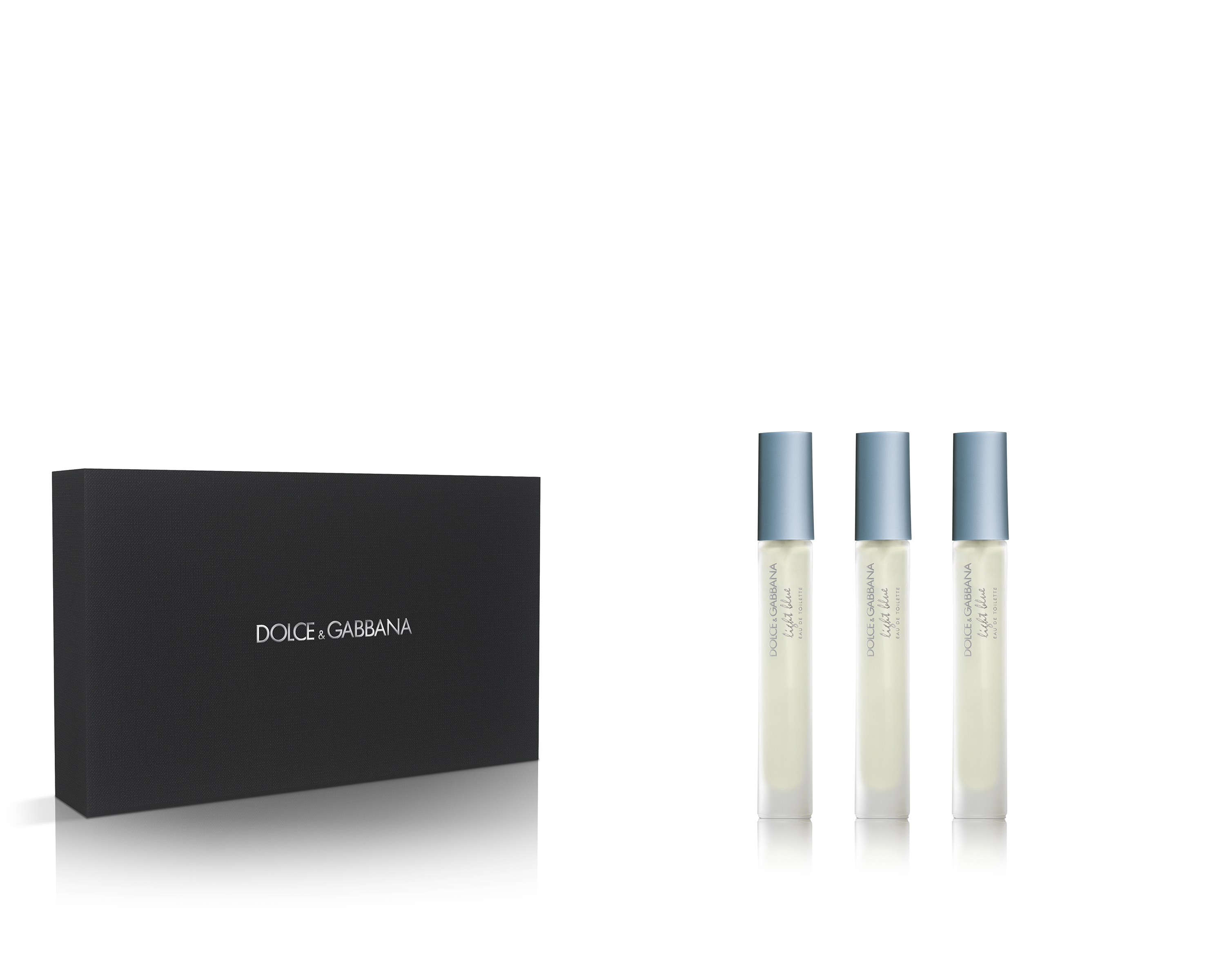 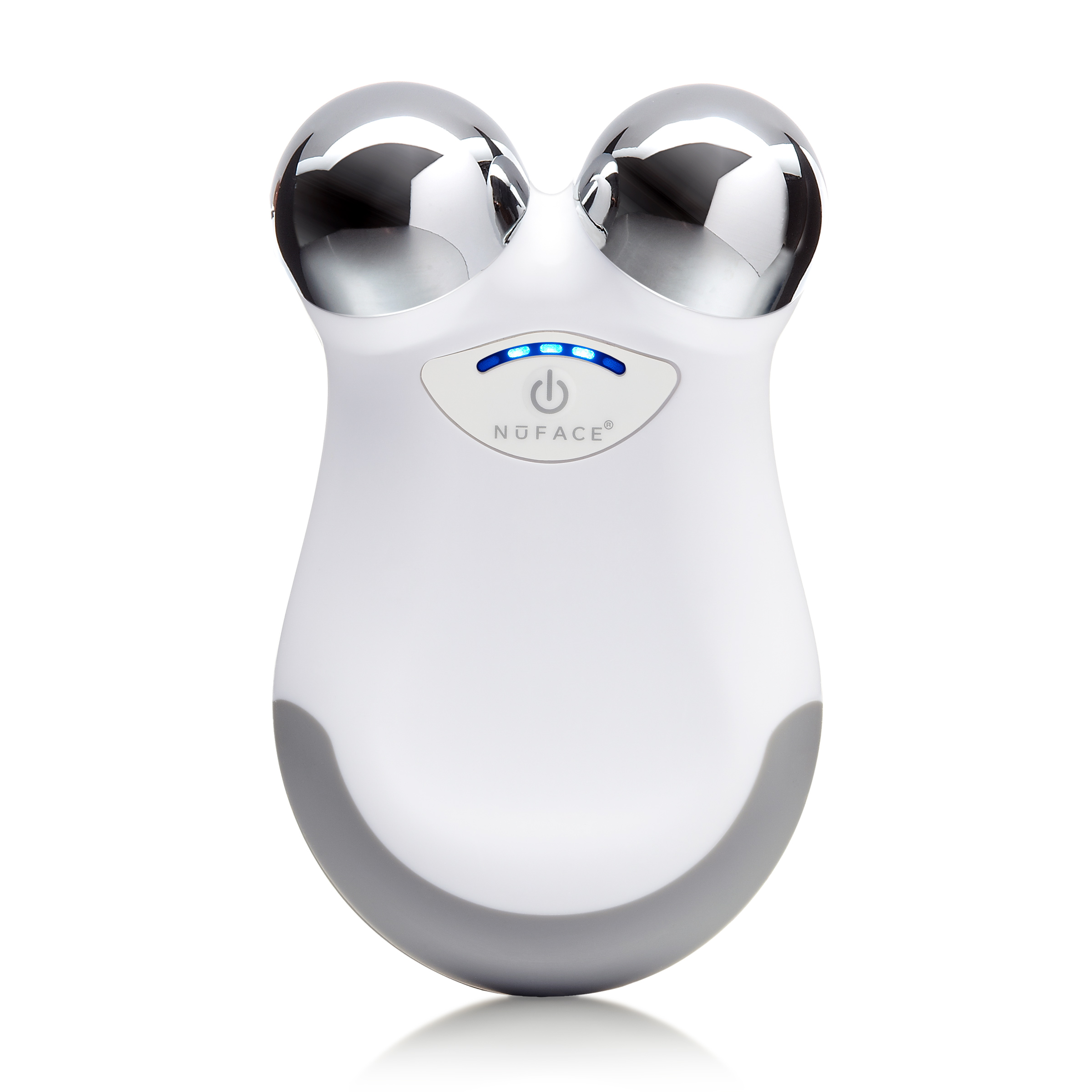 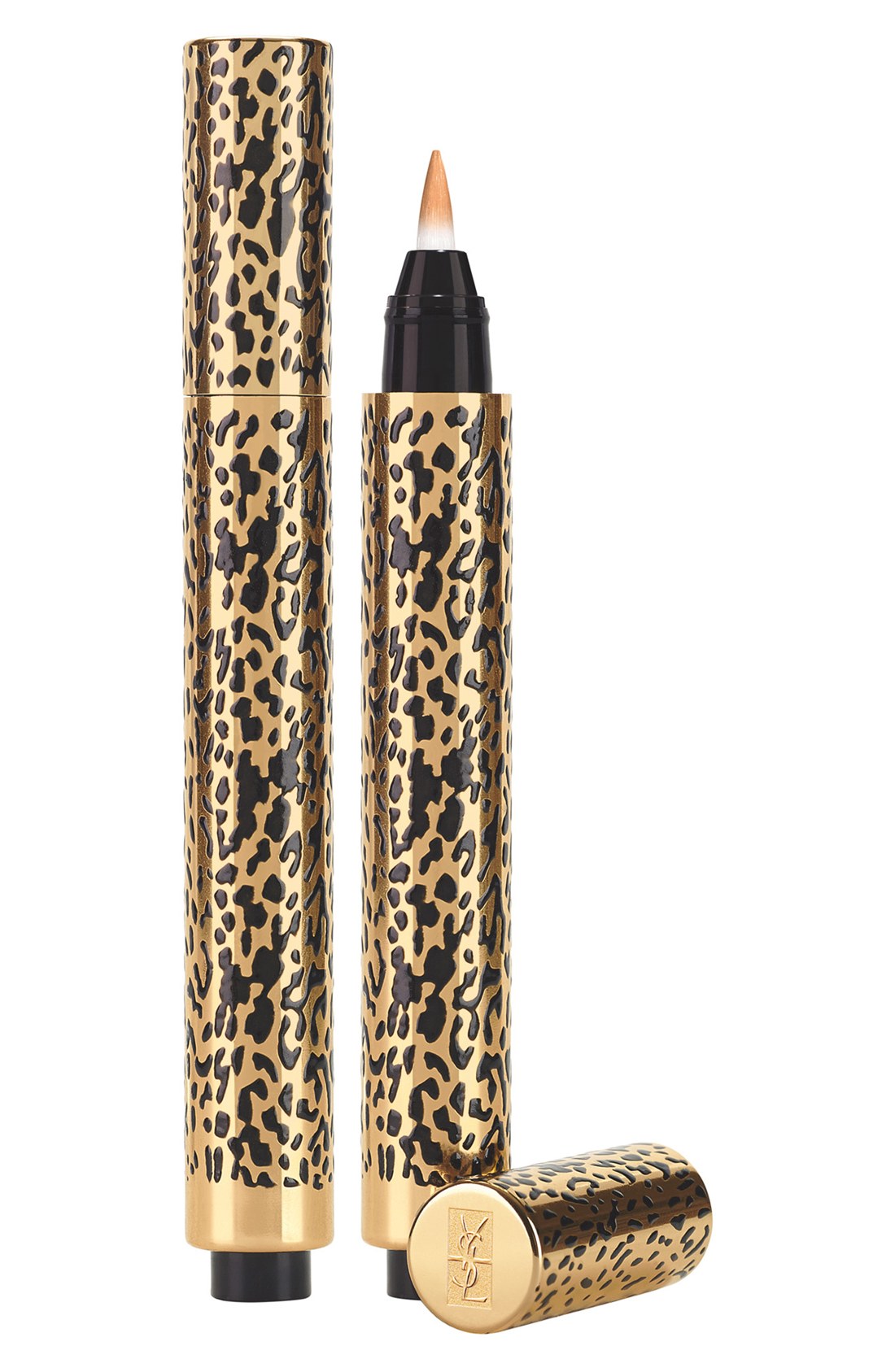 7 things you need to know about Nordstrom coming to NYC

Seattled-based luxury retailer Nordstrom is going to announce that they’re coming to Manhattan later today. Here’s what you need to know:

#1 The new Nordstorm flagship will be based at the bottom of a new skyscraper located at 157 West 57th Street.

#2 When you think of Manhattan and 57th street, you think of high-end shopping, right? Well, the new Nordstrom is going to be on the west side on 57th, which could use a bit of a facelift. Expect more high end stores and new renovations to get greenlit to take advantage of the Nordstrom halo effect. The area between the new Nordstrom and the The Shops at Columbus Circle is going to get pretty hot in terms of development pretty quickly.

#3 Don’t get in line just yet; this new flagship should take approximately 20-28 months to open. So, two years, give or take a few months.

#4 How convenient is this for New York City Nordstrom addicts, like myself? The closest full-fledged Nordstrom is in Paramus, a whopping 18 miles from the Upper East Side – and pretty tricky to get to without a car.

#5 This won’t be the first Nordstrom in New York – sort of. There’s already a Nordstrom Rack outlet located on 14th street, right by Union Square. Nordstrom also has a Treasure & Bond charity boutique located in Soho.

#6 This new store will be approximately 300,000 square feet of shopping, putting it at somewhat larger than some of its nearby competition (Barneys and Bergdorf) but over half as small as some other retail giants (Saks and Lord & Taylor).

#7 While this Nordstrom will have most of what you’d expect, given that it’s selling in territory typically controlled by Saks, Bergdorf, and others, some typical Nordstrom brands distributed in those other department stores could run into distribution agreement challenges if they want to sell at Nordstrom in Manhattan.

Hope you guys are even half as excited as we are!