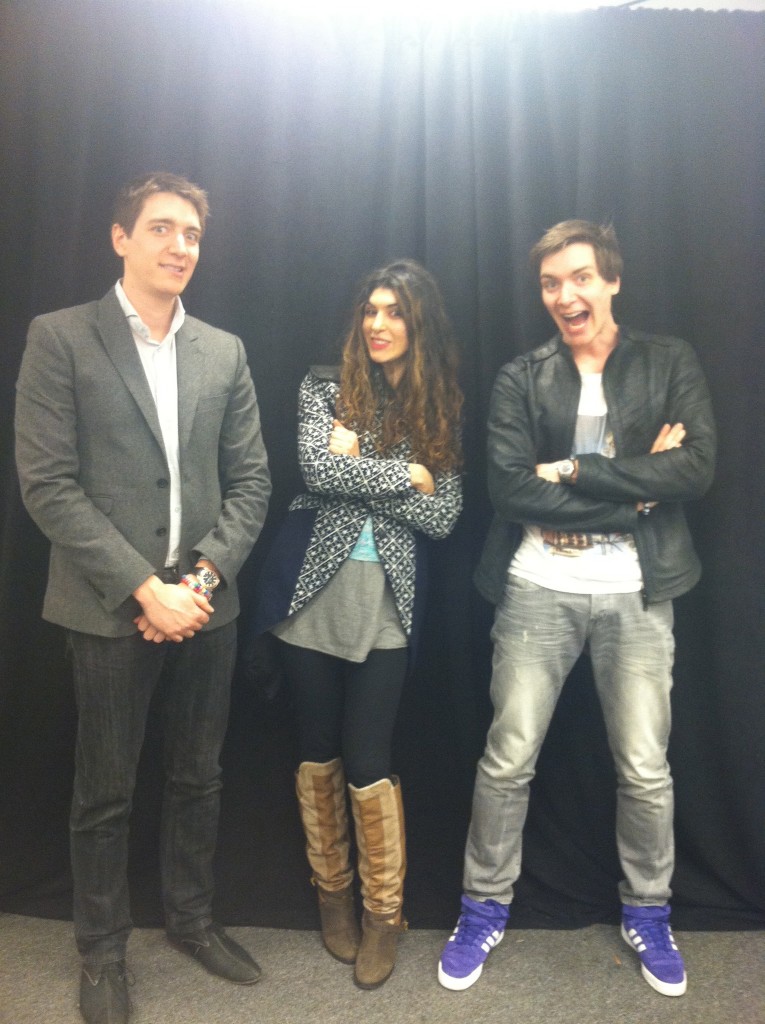 It’s been two years since the last Harry Potter film was released but fans have far from forgotten about their Hogwarts friends. Clearly a classic, the films are destined to inspire a world a magic for generations to come. Or so is evident by the line that formed to meet the infamous “Weasley Twins,” James and Oliver Phelps at the Harry Potter: The Exhibition at NYC’s Discovery Times Square (the exhibit runs through April 7th learn more HERE). Starting at 4am a line formed that wrapped around the corner to meet the twins. — they we’ren’t scheduled to arrive until 11am.

After hours of signing autographs, I sat down with the dynamic duo