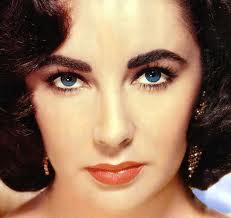 Actress, Elizabeth Taylor passed away today at the age of 79 of congestive heart failure. One of last great MGM stars that not only lived but also encompassed all that was Hollywood glamor. Beautiful and talented, Elizabeth Taylor was an icon in so many ways. She won two Oscars, was named 7th on the Fernale Legends list by the American Film Institute, married 8 times, and launched one of the first celebrity fragrances –who can forget her voice in the white diamonds commercial saying, “these have always brought me luck”.

RIP Elizabeth Taylor. In so many ways it feels like the end of an era. You will be missed!