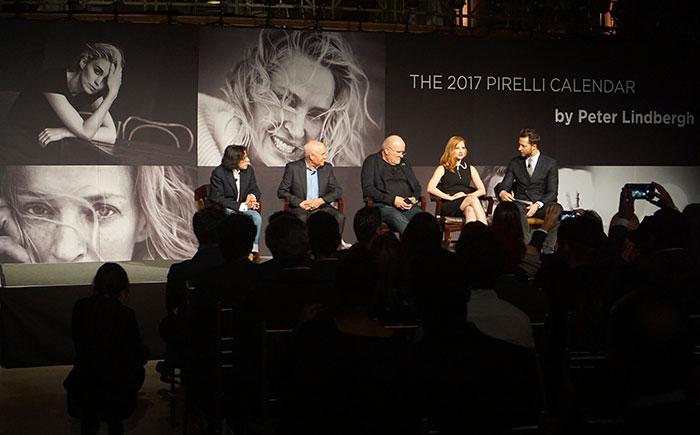 The 2017 Pirelli Calendar has been revealed and spoiler: it’s amazing. Shot by one of my favorite photographers, the iconic, Peter Lindbergh, this calendar conveys “personality, sensitivity, and the guts to be yourself.” While the photos are incredible so is the fact that Lindbergh is the first in the industry to have shot three editions of this infamous Calendar. The Pirelli Calendar, which has been produced yearly since launching in 1963 has previously been shot by big industry names including Helmut Newton, Steven Meisel and Annie Leibovitz and has featured so many iconic models and celebrities. 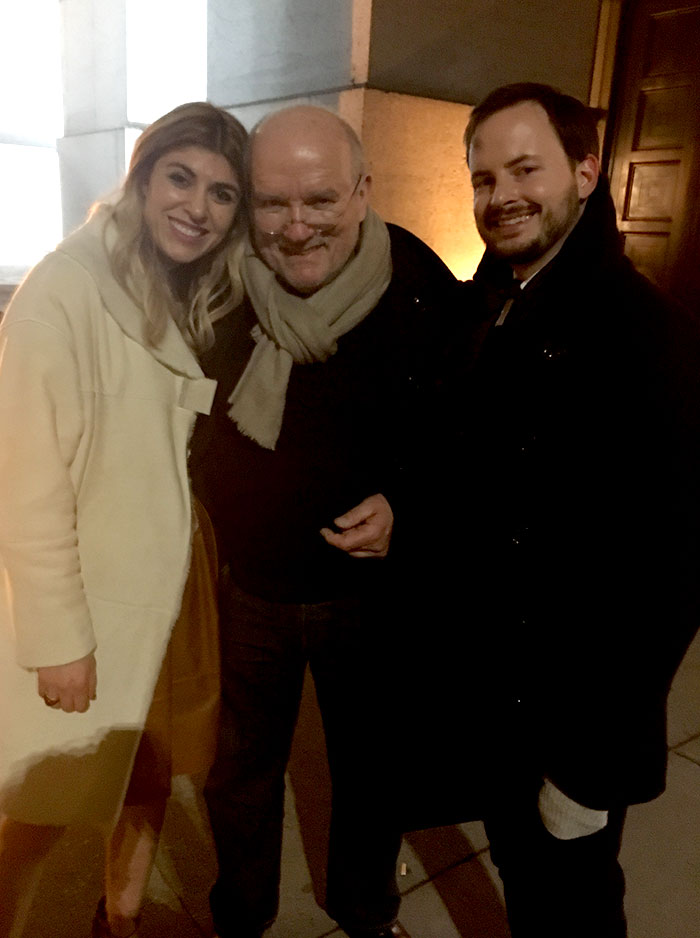 Peter Lindbergy hosted an intimate discussion and cocktail party for the release during fashion week at Cipriani’s in NYC. I can’t tell you how serendipitous and exciting it was to meet him — of course it was outside the event when I was catching a cab home. He was mobbed at the party with fans, and frankly, I was too nervous to introduce myself until I found him next to me waiting for his car. Even through our picture is blurry, I don’t care, I was so incredibly excited to meet him. Especially since my friend Dan flew early from LA to come to the event with me. (He’s literally Peter Lindbergh’s #1 fan). Needless to say this was one of the highlights of my fashion week.

For more info about the making of this year’s calendar and the content, check out the Pirelli Calendar website here.