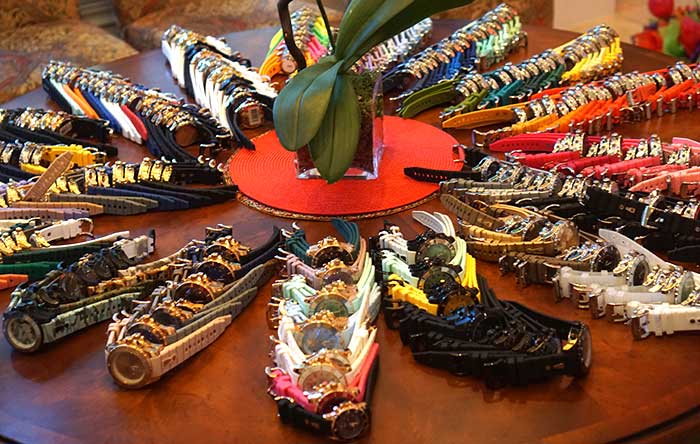 It’s hard to have weekend envy for a trip you were actually on and experienced, but I do. My friend Melissa and I had a blast this past weekend being flown out to Miami for the KYBOE! Miami Swim fashion show and an epic series of events to follow; which laying beach-side at the Setai Hotel and a private dinner cooked by, chef Todd English at the CEO of KYBOE!’s estate, Marc Bell in Boca. 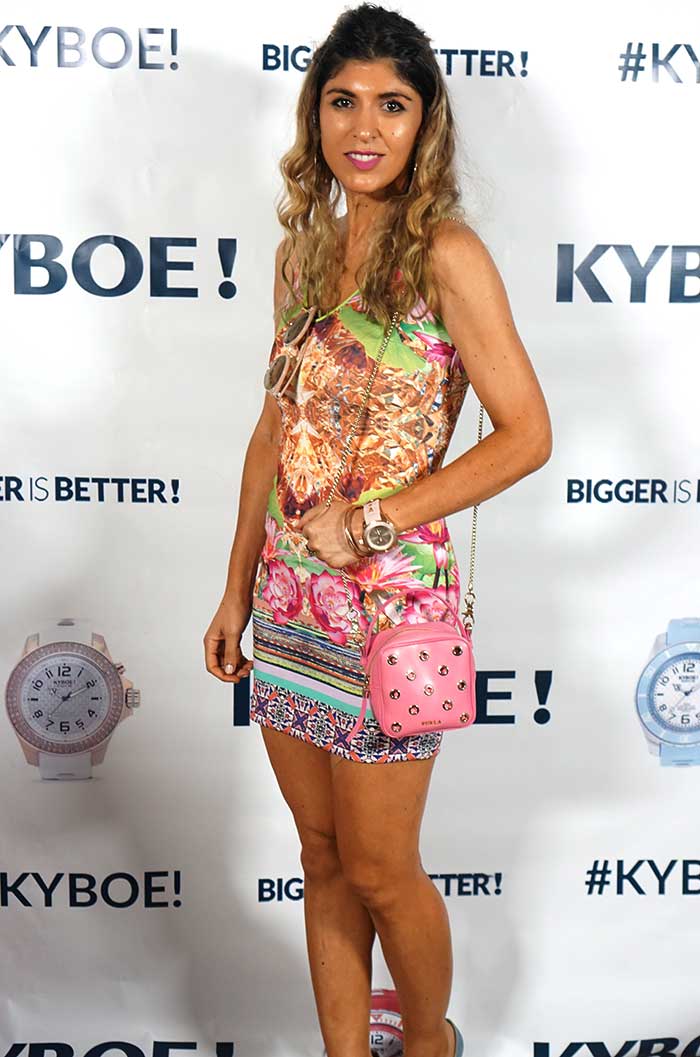 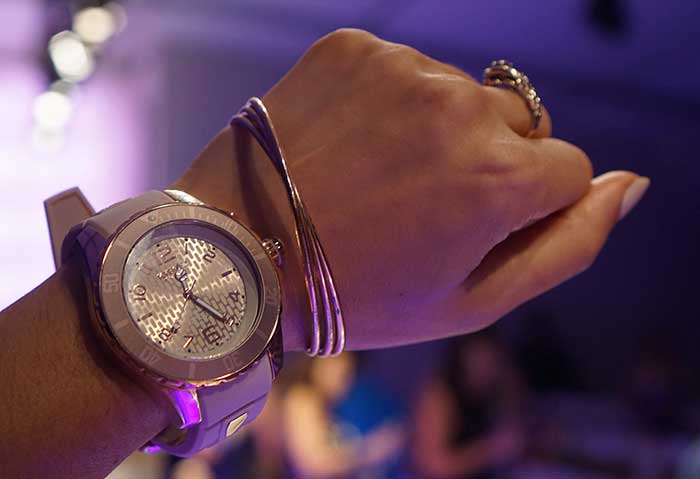 I wore a special rose gold watch for the fashion show and traded in my tomboy ways to aim for more of a Miami Barbie aesthetic – which I think I nailed in this never-worn-something-this-tight baller Clover Canyon dress coupled with these Brian Atwood wedges (similar) and bright pink Furla Yoyo Mini Cross Body bag. When in Miami… 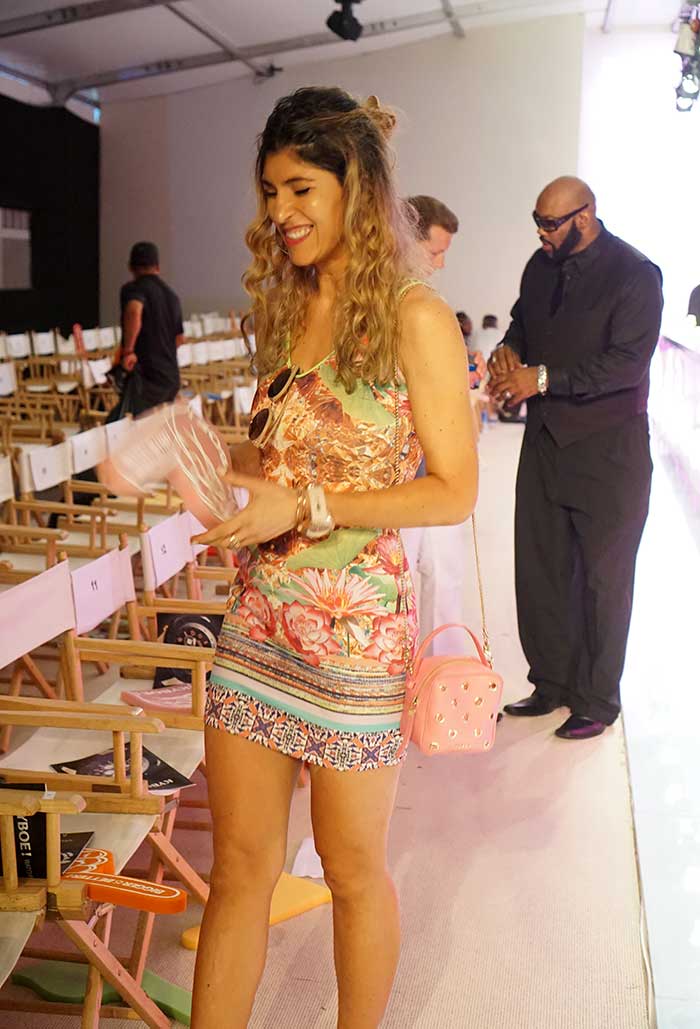 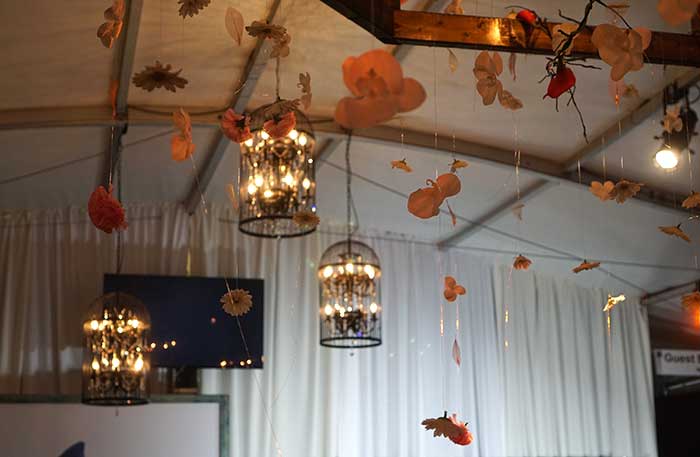 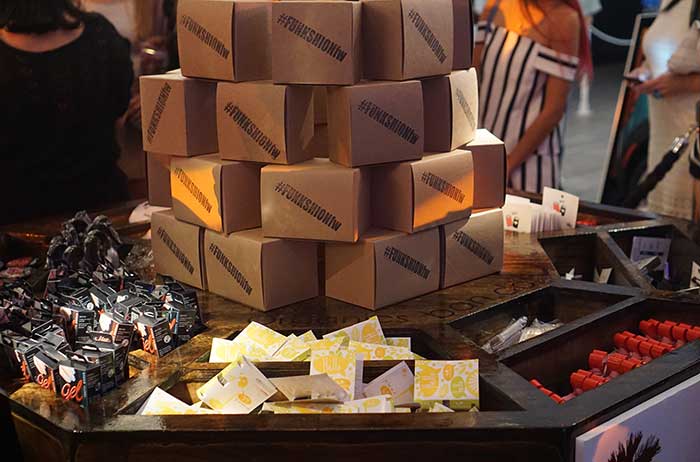 The fashion show was hosted during Miami Swim at the Sunrise Funkshion Tents. The décor when you walked in had these beautiful chandeliers and flower cut outs coming down from the ceilings. Pre-show the brand hosted a cocktail party in the tent complete with a BYOB (build your own box) Birchbox-esque makeup station where you could load up on beauty samples. I went straight for the Dior Show mini mascaras… We then entered the fashion show room where we sat second row and were given foam fingers that said “bigger is better” to wear. 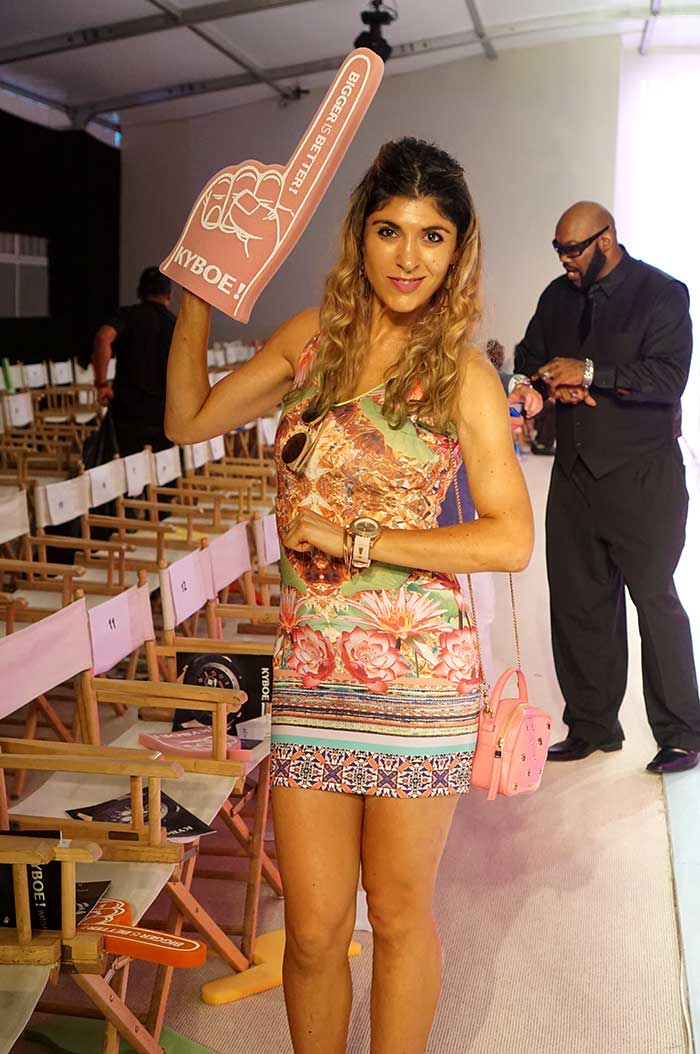 The show promptly started and down the runway came mannequin hands as though on a conveyer belt, with a different watch on each hand. After a round of watches and loads of laughs over the innovation of a watch runways show, out came the real models wearing the different styles. 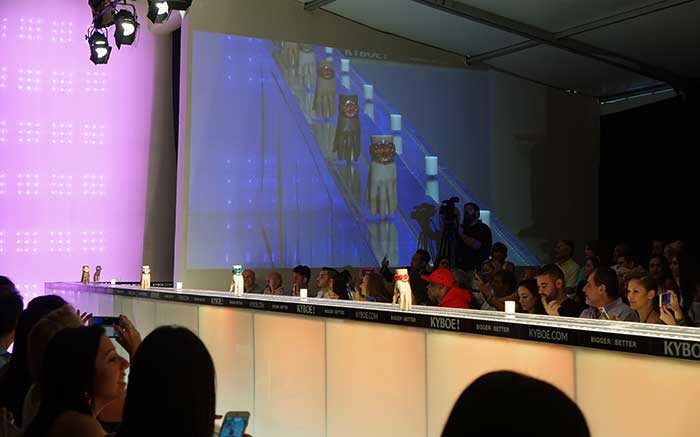 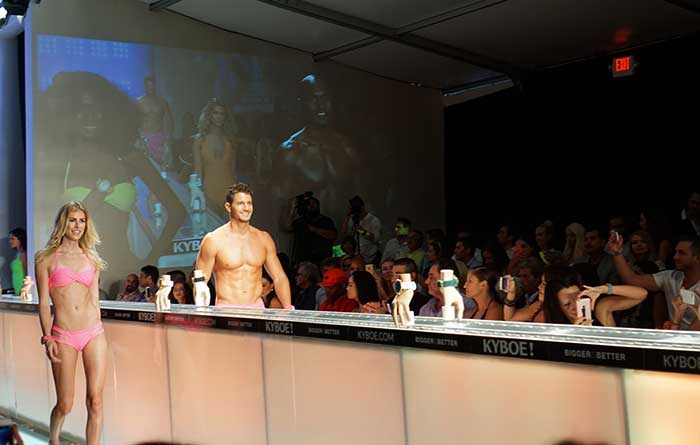 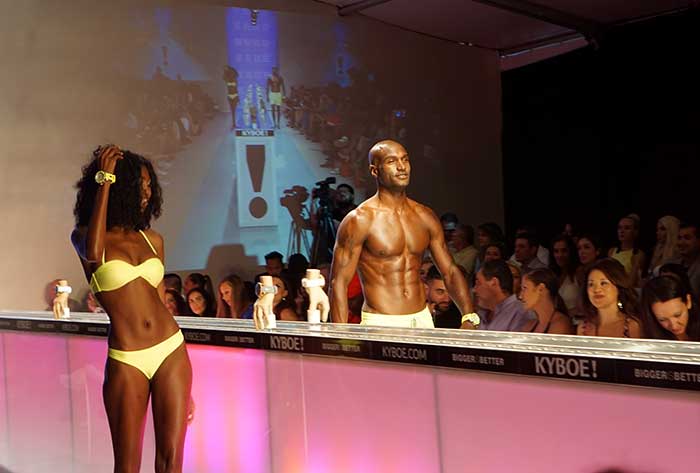 I’ve been doing New York Fashion Week for over a decade but this is my first Miami Swim fashion show and I had a blast. The energy and smiles on the models brought such joy and fun to the room. And the watches are gorgeous! When the show concluded the husband and wife team and owners of the company, Marc and Jennifer Bell walk down the aisle to a standing ovation. 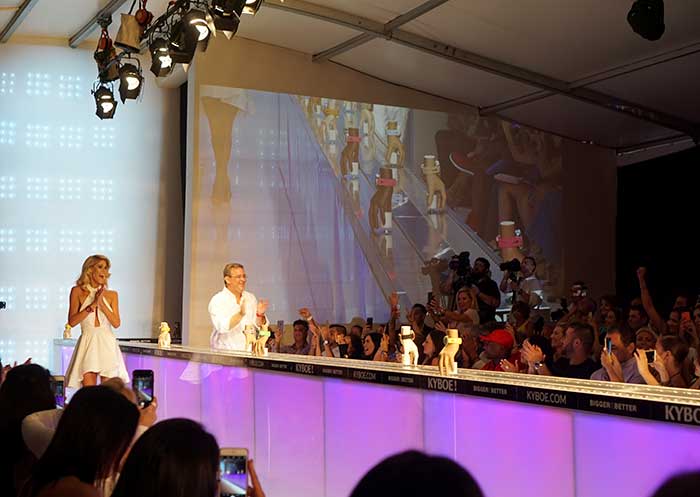 We then celebrated the success of the brands first fashion show at the Setai Hotel. Marc and is wife were so gracious in hosting us! KYBOE! has been around in Europe for some time but since being acquired by Marc Bell the brand  officially launched in the US in November and is available at Saks Fifth Avenue, Lord & Taylor and Nordstrom. 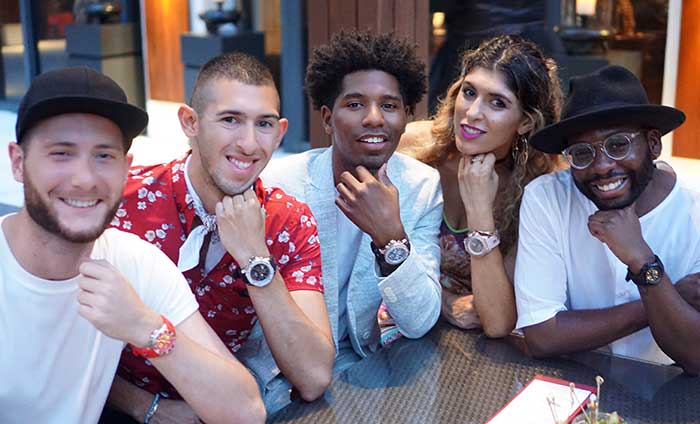 Thank you to KYBOE! For hosting me and for a wonderful weekend!