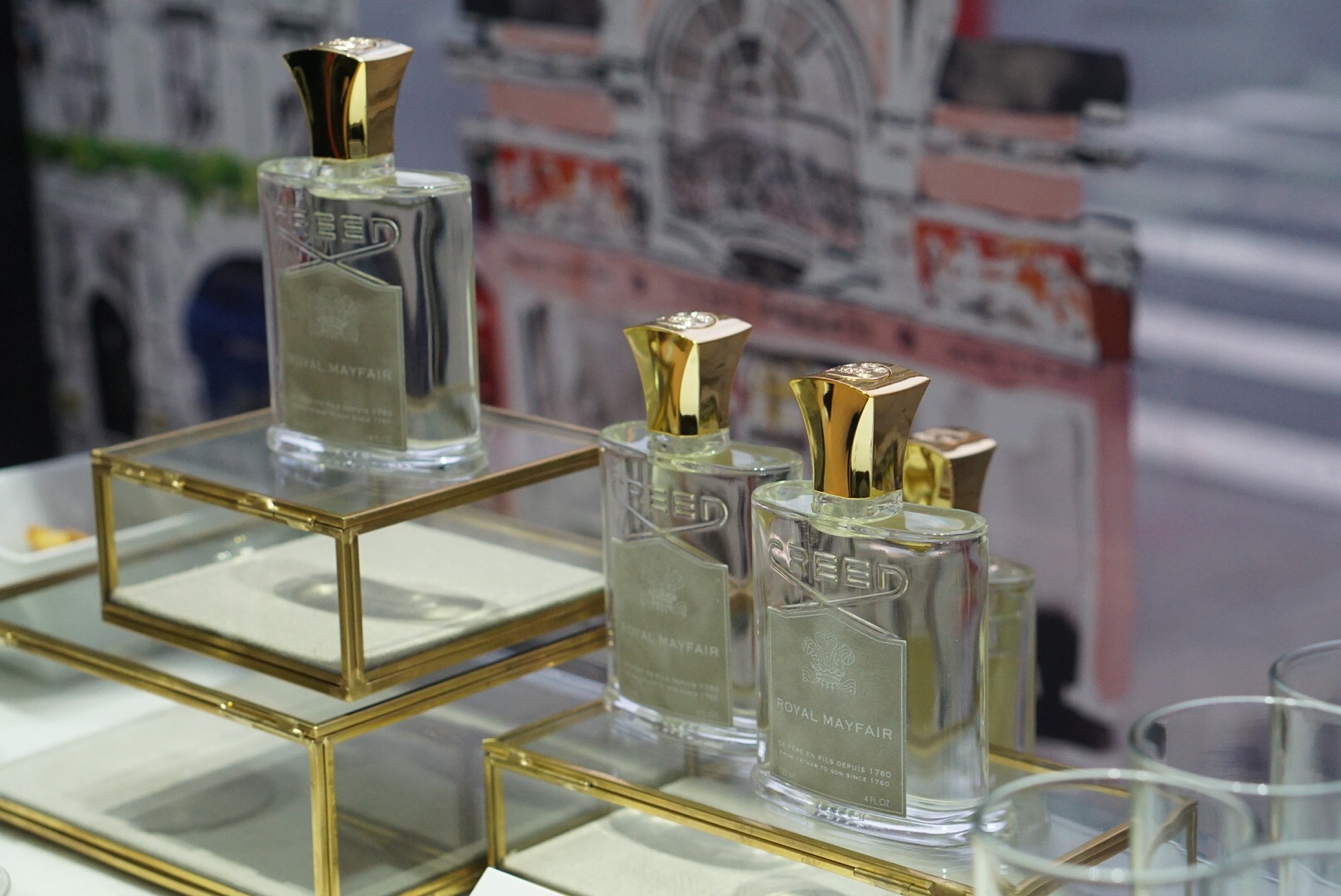 For any of you House of Creed collectors there’s some exciting news! One of the much sought-after vaulted fragrance, ahem Windsor is officially being released with a new name Royal Mayfair. Honoring the Duke of Windsor for which the fragrance was originally commissioned for in 1936, this is the exact formula now available to the public.

This green/fresh scent opens with British Gin, Jamaican Lime and a touch of Scottish Highland Pine. The middle notes are filled with strong fragrant Duke of Windsor Roses and finishes with base notes of Bahamian Orange, Canadian Cedar and Australian Eucalyptus.

Royal Mayfair debuts as one of the brands most significant men’s launches since Aventus (which happens to be my favorite Creed fragrance) in 2010. While the new fragrance is men’s, the floral notes help balance the well rounded fragrance for any fellow ladies that enjoy wearing men’s scents.

Royal Mayfair is a masterful creation of Fourth Generation Perfumer Henry Creed III, touted as skilful nose who paved the House’s first inroads in servicing the political elite and continued tradition o royalty commissions. At the time, Henry mirrored the Duke’s heralded flair – unconventional, yet stately and fuelled with individuality. With a deep appreciation for accessories like engraved cuff links and ties with extra-thick inner linings to achieve a fatter knot, it was only fitting that a bespoke scent would be the finishing touch to complete his distinguished style. 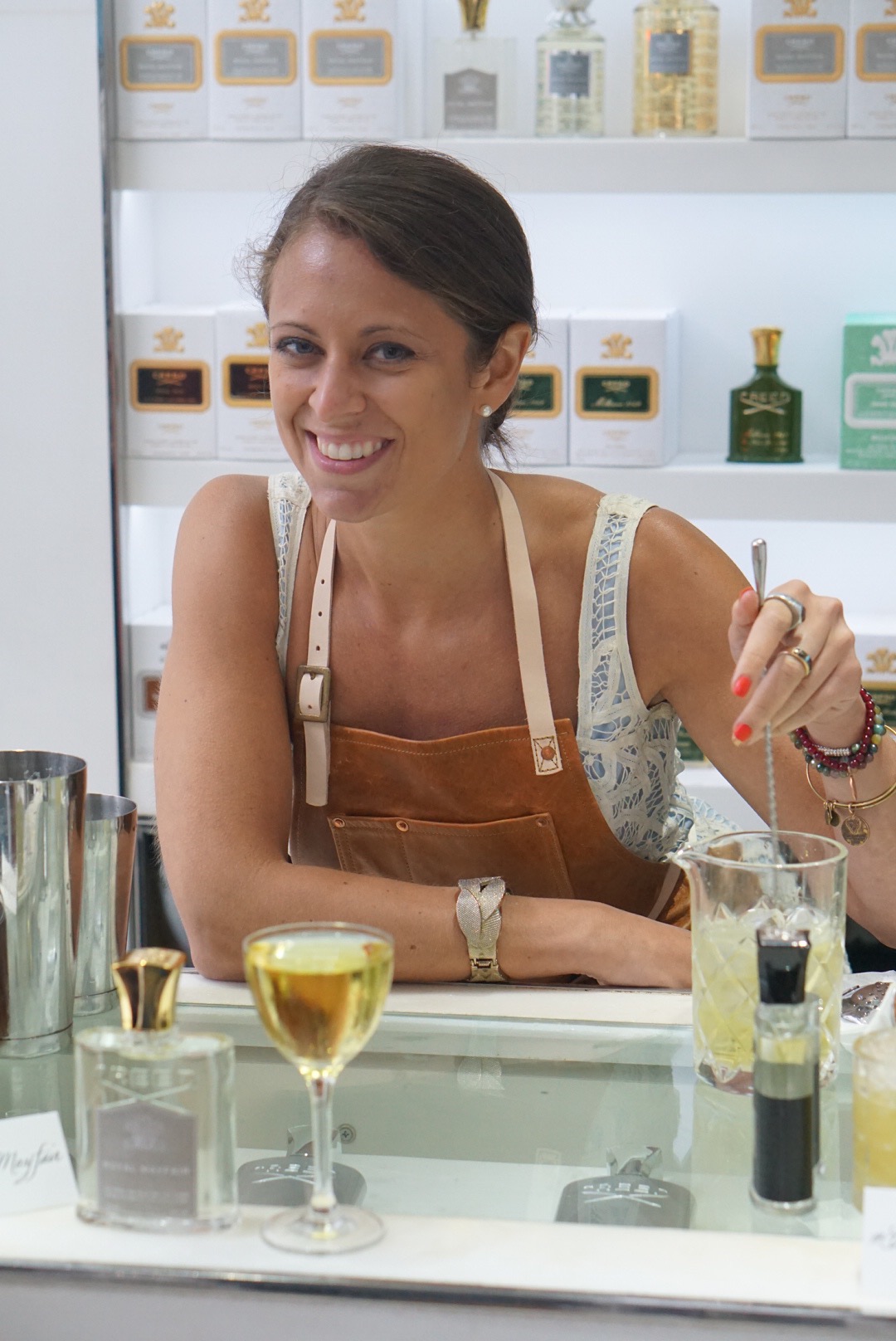 To celebrate the launch, Creed previewed the fragrance at their NYC boutique and partnered with the Seamstress NYC Lounge and Creative Director, Pamela Wiznitzer to create a specialty cocktail in honor of launch. 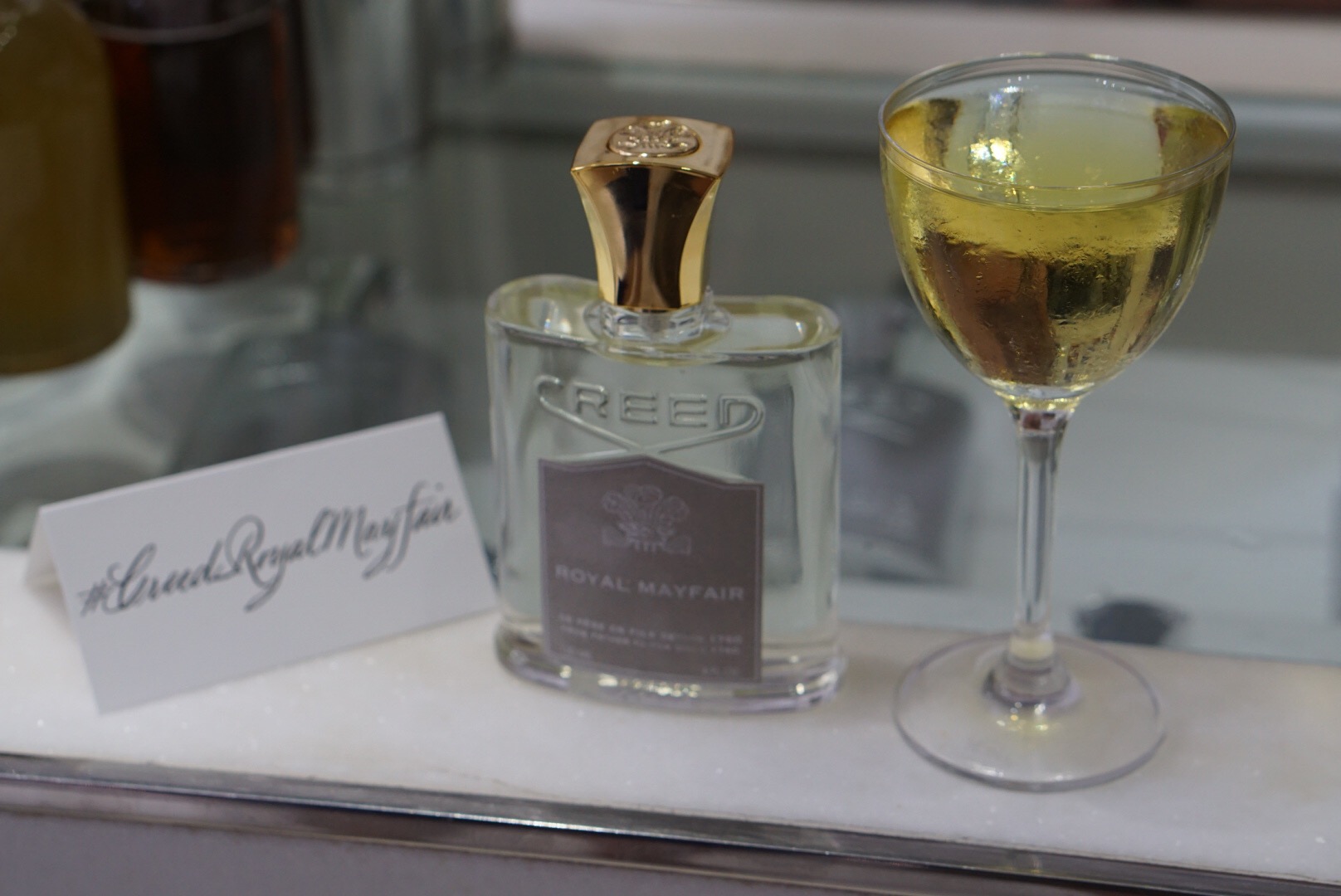 The recipe for the Royal Mayfair:

Stir ingredients except for the rose water together with large ice cubes, strain and serve up in a cocktail coupe. Spray lightly from a distance with rose water on top for garnish/an aromatic finishing touch.

Additional recipes for some of Creed’s other legendary fragrances can be found on the Creed blog.

Royal Mayfair is available at NeimanMarcus.com