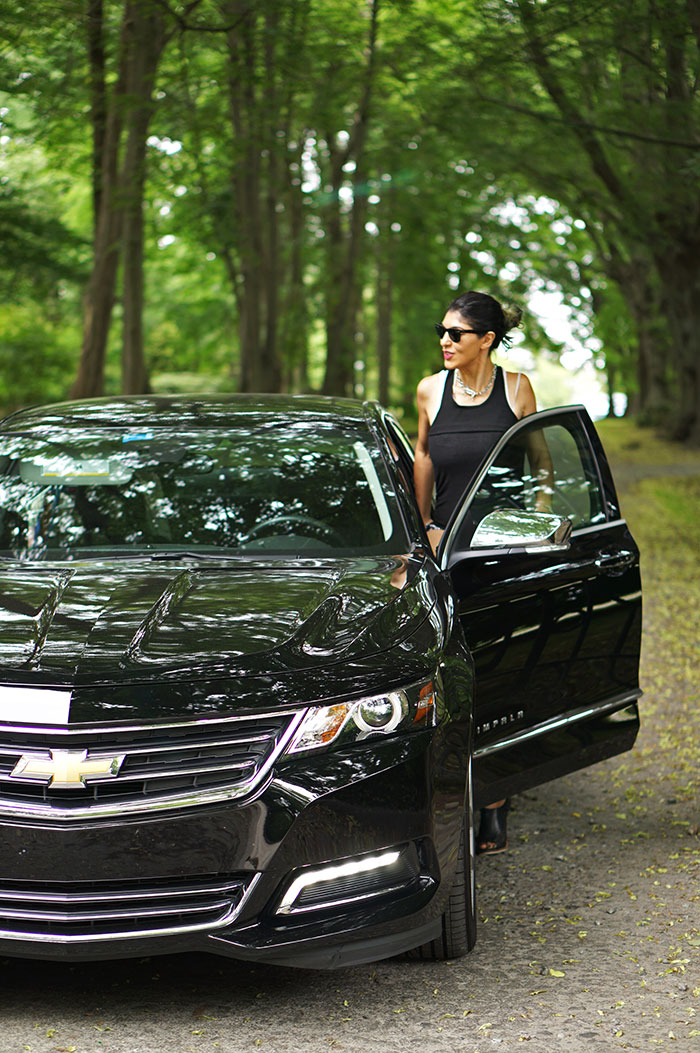 As most of you saw from yesterdays post, we had an amazing weekend test driving the 2015 Chevy Impala on our recent road trip to Newport, RI. While taking this beauty on the road a few things became quickly apparent: one was the slimmed down stature and sporty profile of the Impala’s that I used to know, which were large but a bit cumbersome.

The interior is large, welcoming and luxurious, with rich leather and contrast stitching throughout. For interior comfort, dual climate control was welcome as was the air conditioning built right into the seats themselves. 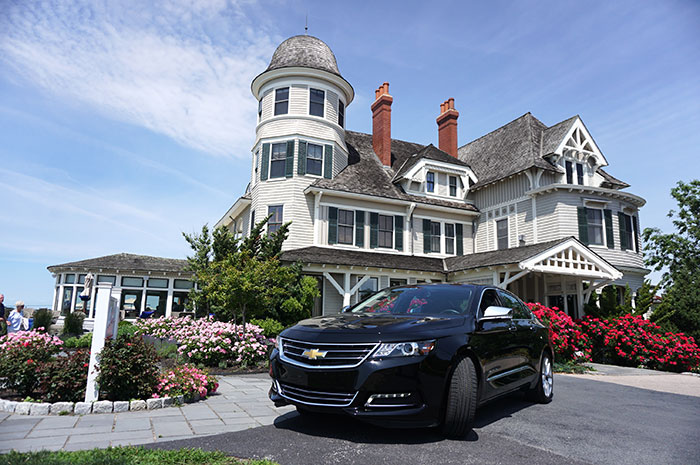 One of our favorite features was that the navigation unit slides up, providing storage for charging smartphones. No more dangling cords and phones sliding around the car whenever you take a turn. It really is the secret compartment you’ve always wanted.

Performance wise, the car felt quite zippy with good handling paired with a smooth ride and suspension. We didn’t race it around, but it was evident that it had power to spare with its 305 horsepower V6. Gas mileage seemed comparable – we were able to get from NYC to Newport on less than a tank of gas. 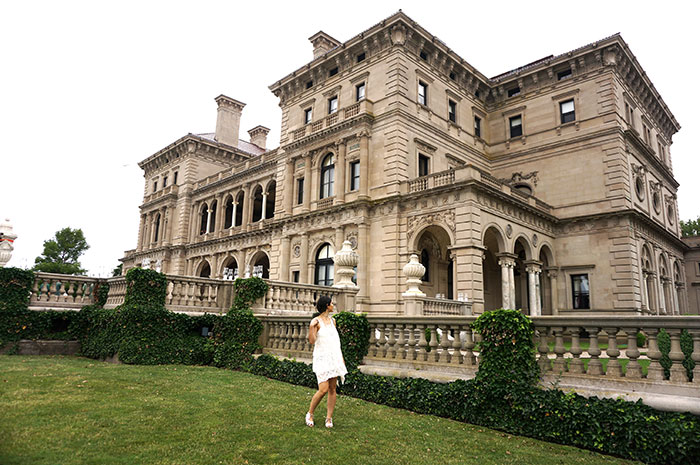 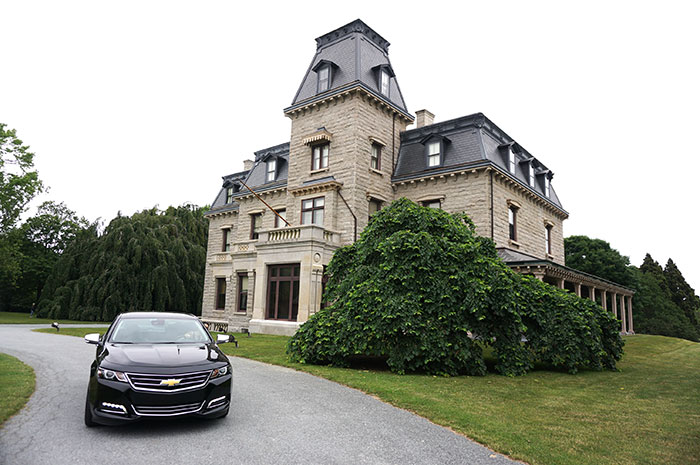 Another interesting features was an auto-off-on feature, which took us by surprise. Basically the car automatically stops when you are at lights and then as soon as you let up on the brake, the car quickly turns back on. It’s an interesting gas saving feature but we could imagine scenarios in which new drivers may be confused by the option.

During our excursion to Newport, we got more than a few comments on the car with an older couple asking what we thought of it as they were considering it to replace their older GM car. We gave it a honest thumbs up as we enjoyed every minute of driving.

For our complete guide to Newport check out our post HERE.