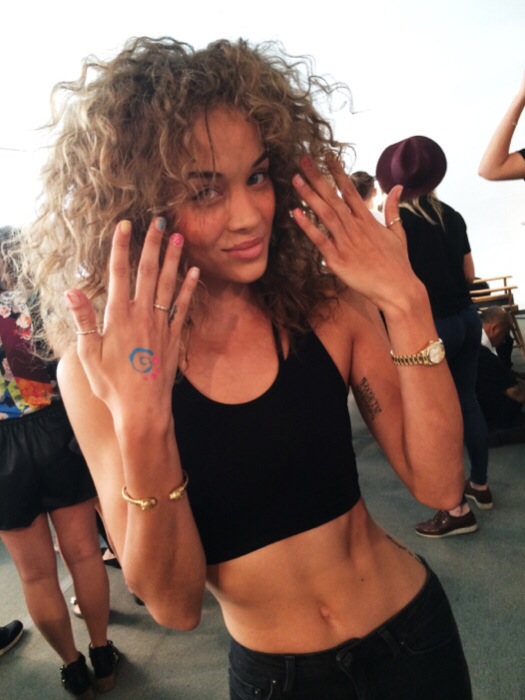 Now I know I already posted about Miley Cyrus’ art — which if you have no idea what I’m talking about click HERE. But basically, Miley debuted her art backstage at the Jeremy Scott Spring/Summer Fashion Show and her jewelry collection on the models that went down the runway. And somehow this totally overshadowed what I should have been posting about… the awesome beauty! 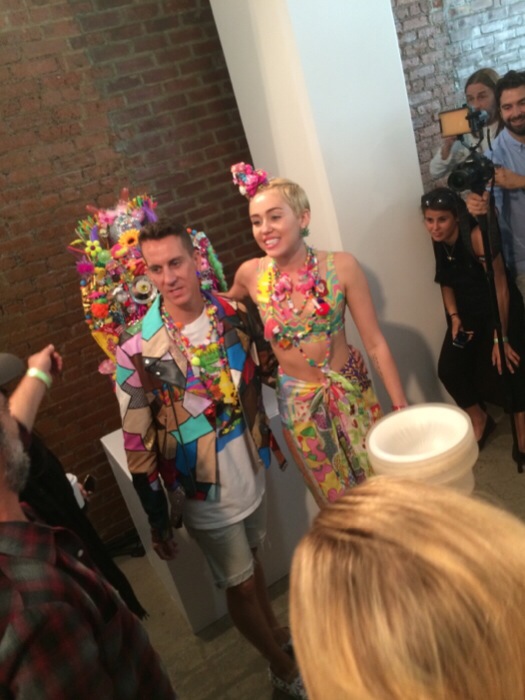 Inspired by nature, these are California beach girls — no two models have the same look but are within a variance so there’s a similar feel with all of them. For the hair, Wella Professionals Global Creative Director, Eugene Souleiman translated that to mostly beach braids with some of the models wearing their hair down. 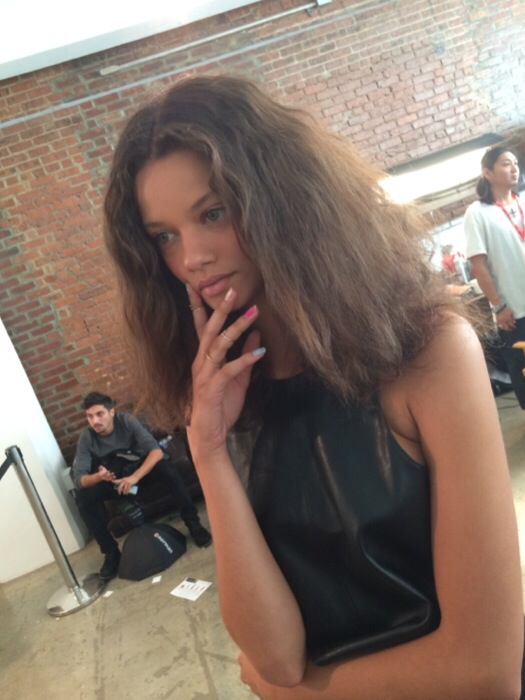 “Jeremy and I wanted the hair to appear windswept and raw like it had been styled by the sun and sea while still remaining chic and stylish,” said Souleiman, who used Wella Professionals Ocean Spritz for to create that consistent texture in the models hair. And secured the completed looks with Wella Professionals Stay Essential Finishing Spray.

For nails we had our favorite nail artist, Miss Pop Nails for OPI create a look that would feel like “surfer hippies just hanging on the beach casually painting their nails and doing a cool DIY look. It’s not too contrived or pre-planed” Miss Pop told us, who used the designer’s beachy hippie inspiration to create colorful patterned nails that accented the collection’s vibrant prints.

Much like the hair, no two models had the same design, instead she created playful nails which featured different set of designs, mixing multicolor nails and individual bright hues partially or fully painted on with the airbrush-like technique.

All nails were prepped with one coat of OPI’s Base Coat and finished with Matte Top Coat. And what went between those coats included OPI shades: That’s Hot! Pink, Life Gave Me Lemons, Can’t Find My Czechbook, Juice Bar Hopping, and A Grape Fit!, which were randomly applied to the model’s nails using a dry brush technique. Miss Pop used the technique of individual brush strokes with little lacquer applied one after the other until the nail was filled to achieve a look of playing with paint on the nail.

I always look forward to seeing makeup artist, Kabuki for MAC Cosmetics in action during fashion week. Unlike some of his more drastic, colorful looks, this season he went for a more sun-kissed surfer girl. No eyeliner and peachy cheeks all over, like these girls have been out at the beach all day and have that glow (see below face chart for products used). 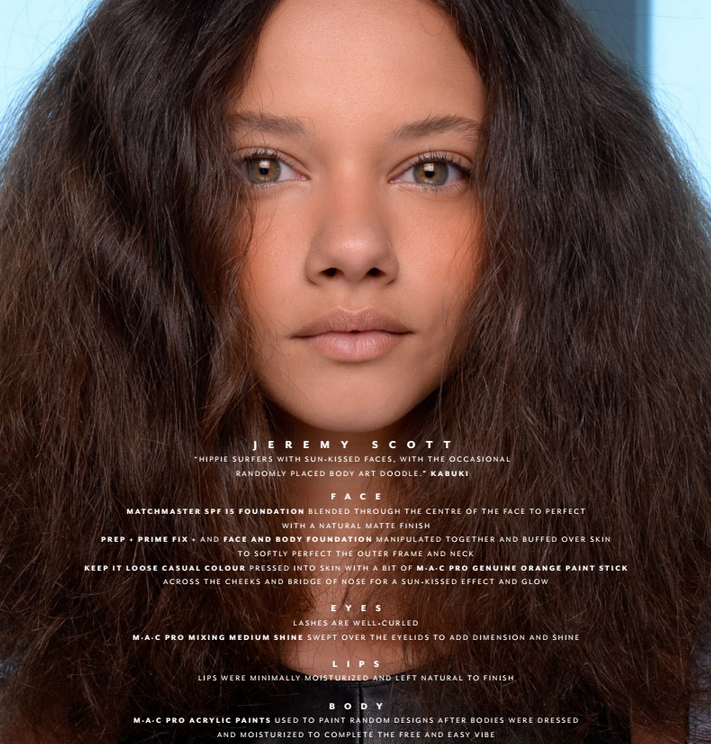