Earlier this week, I was invited by the Whitney for a private tour of the Jeff Koons: A Retrospective showing. This is the final show the Whitney is exhibiting until they re-open at a new location downtown (in the meatpacking district); and will be on display through October 19th. The Whitney will continue to own the property but will be leasing the space the the Metropolitan Museum of Art.

Now I’m a big Jeff Koons fan and have actually had the pleasure of meeting him a few times. The first time was in 2011 when I was consulting at Kiehl’s, and he did a collaboration with the skincare brand to design a limited edition wrapping for their Creme de Corps moisturizer. The second time was in 2012, when he designed a limited edition bag for Hugo Boss and they did an event with him at Bloomingdales. As luck would have it, he was doing custom drawings on a some of the bags and he made one for me. I’ve since had it framed and it’s one of my most prized possessions. And since that drawing only two years ago, his career has boomed to a whole new level to become a household name.

Clearly I had to dress the part, so I picked up the Jeff Koons for H&M bag which features his balloon dog and went over to my girl, Miss Pop Nails apartment for a custom Jeff Koons manicure.

The exhibit presents Koons’ work from 1978 to the present, and consists of four floors of the museum. This is the most amount of space the Whitney has ever given to a single artist. Born in Pennsylvania, he moved to the NYC’s East Village in 1977 and worked at moma selling memberships. Since this is their final show in this building, the Whitney wanted to do a grand send off and since Koons built his career here, he was the perfect choice.

While his works have been displayed all over the world, this is his biggest show to date. And to give you some idea of what it takes to put something like this together, while they started planning it four years ago, it was in the past two years where they got very serious with designing the floor space and vision.

This is Koons first retrospective since 1992 and displays his work in chronological order. What most people don’t know about Koons is he works very much in series and the Whitney wanted to show that and give a bigger picture of him as an artist, so each room tells a story and period of his life and works.

Now most of you may know his signature balloon pieces, especially the dog, his Michael Jackson work and signature rabbit (all of which are on display) but that only scratches the surface. Beginning on the second floor, the exhibit starts with his earliest works which are his inflatable pieces from 1978.

We then go next door to his vacuum series which he created from 1980-1987. Being a perfectionist he would only use new, never been used ‘pure and virginal’ (as the curator explained) vacuums. Many of his works have this reoccurring theme that’s all about air and breathe and that cycle, which this series is playing off of.

We then move on to the basketball piece, that looks flat from one angle and rounded in the other. Surrounded by Nike advertisements, he actually flew to Nike to get the posters (he didn’t work on the campaigns) but they frame the room. He actually consulted with a noble prize physicist on the basketball piece, and the solution inside is basically salt water and moves around based on how crowded the exhibit is. When I visited the exhibit the first time, the ball was almost perfectly centered but now with only a handful of people in the room it drifted to the right.

Also on the floor are many pieces from his bronzed series which leads us into the drinking room. Centered in the middle of the room is a cast stainless steal train that is surrounded by alcohol advertisements. This series represents how when he rides the train depending on the demographic of the neighborhood he was arriving in, their was great diversity in the types of alcohol advertisements he would see.

All of the pieces in this room are cast stainless steal.

During this series he fully entered Cicciolina’s world, they fell in love, got married and had a son. While I’m showing more PG-13 images, he puts it all out there in this series. And if you’ve gone to the exhibit you may have missed it but connected to this room, is a private room with highly pornographic and sexual images.

In the early 1990s their relationship fell apart and Cicciolina fled to Rome with their son. This was a very hard time and a mourning phase in Koons’ life. We see a lot of his toy series come to life which are all about his son and a way to feel connected to him. This is also when he created what is now considered his first masterpiece, the infamous rabbit.

From there we see a lot of his big works, Michael Jackson, the split rocker (which he created an enlarged version in Rockefeller Center). And many of his larger works: 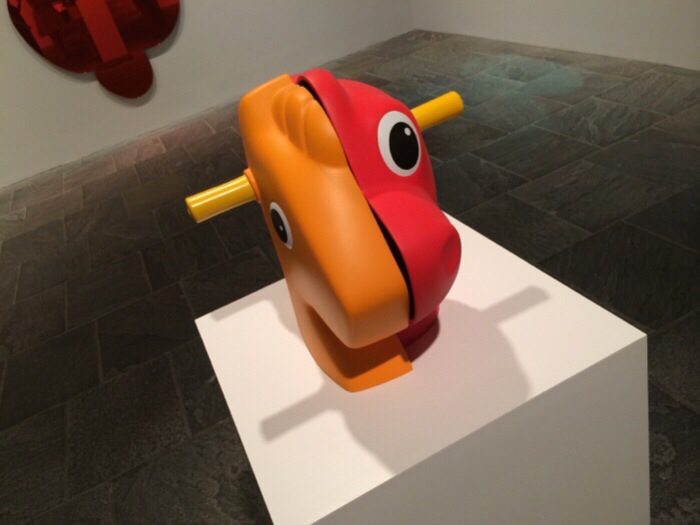 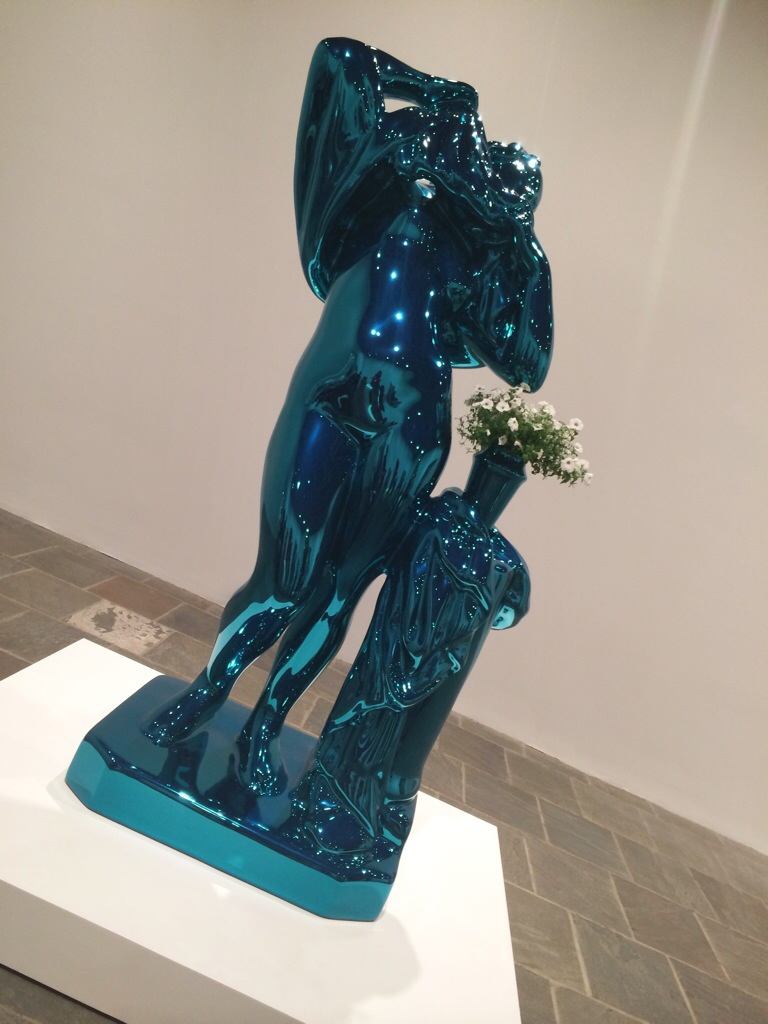 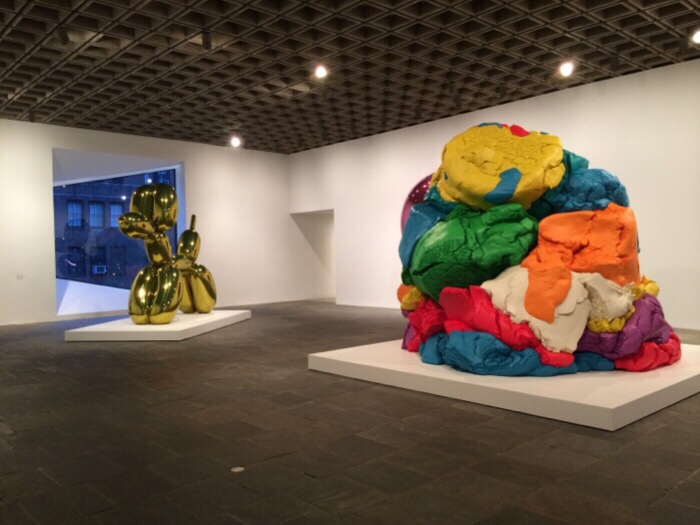 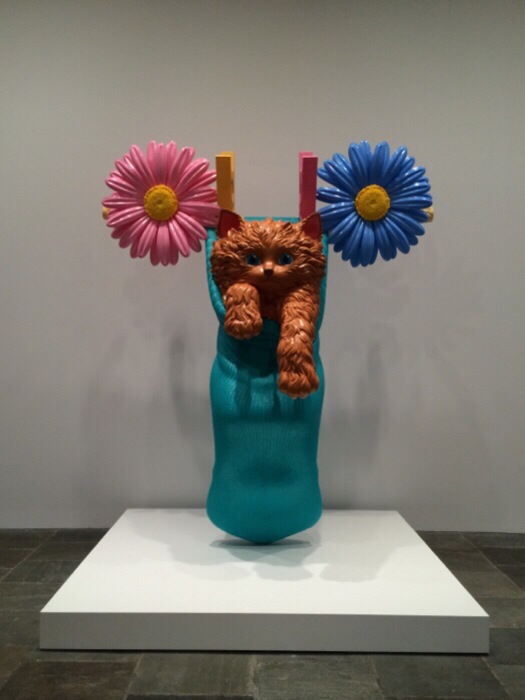 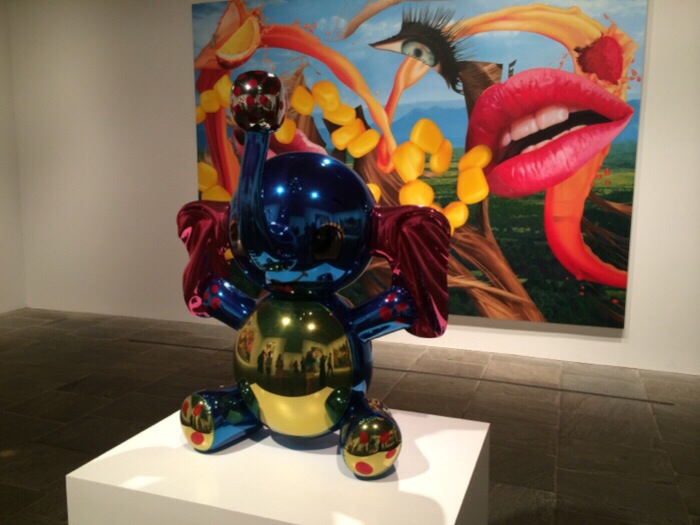 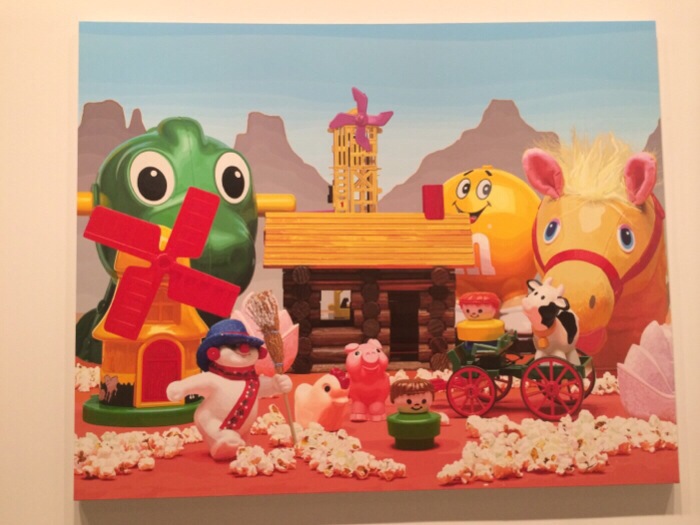 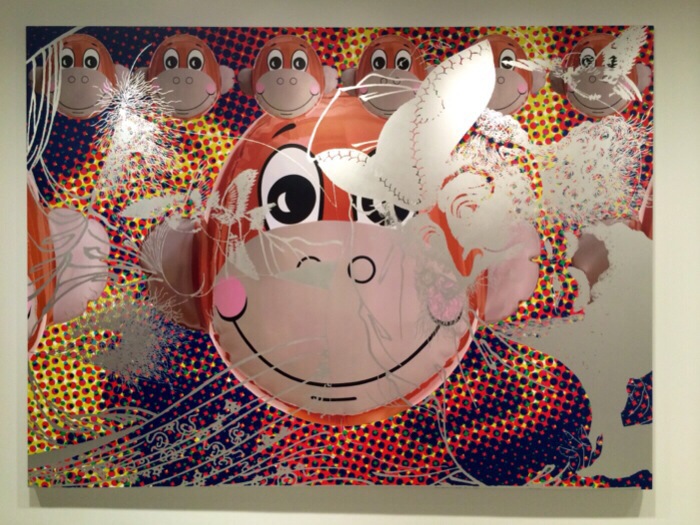 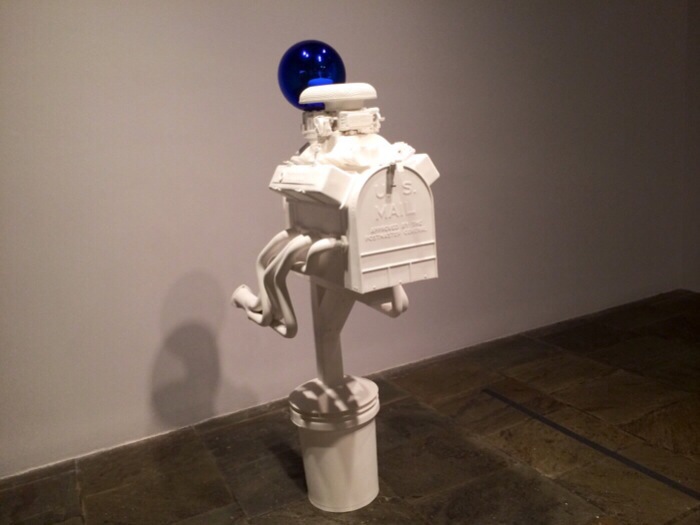 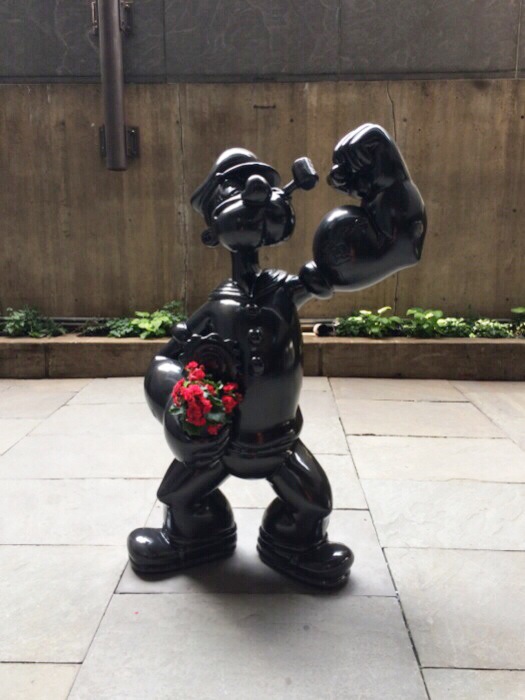 There’s so much more to say and show, but I’ll leave the rest for you to explore. Go see it!! Learn more at whitney.org

Special thank you to the Whitney and my friend Jill for having me! I have so much love for this museum and Jeff Koons that I’m so honored to have had this opportunity.