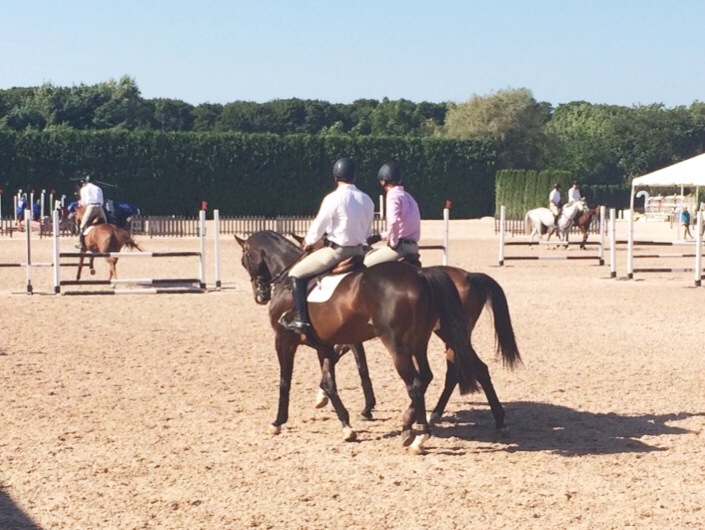 Well kids, it’s been an exciting, horse filled week for me! I’m a veteran to the Veuve Clicquot Polo Classic (it could be my favorite event of the year) and that polo match is usually the closest I come to a horse every year. Until now… This week I attended both The Hampton Classic and then to the Saratoga races with America’s Best Racing, marking them as the first horse show and horse race I’ve ever attended.

Since I was barely back from LA and wanted something new for the festivities, I stopped by one of my favorite boutiques in Soho, Olive and Bettes for some Hamptons meets Pretty Women attire. 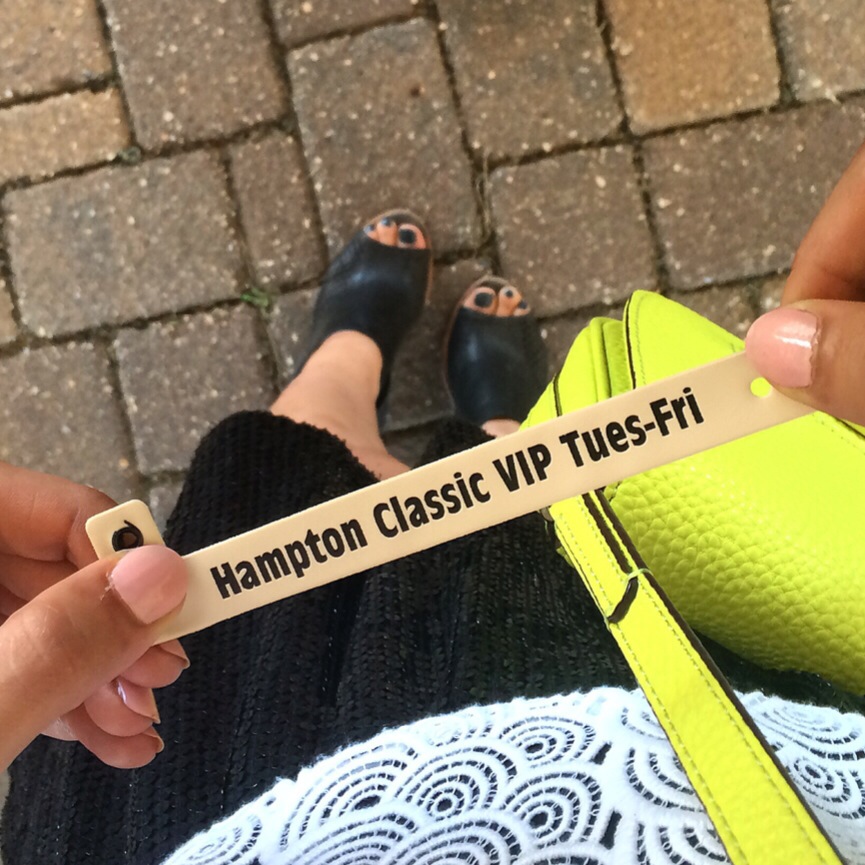 Then headed to the Hamptons from Tuesday through Thursday for my top secret DVF trip (which I’ll announce in a few months) and to attend The Hampton Classic. There, I got to spend the day with my lady-loves from Guest of a Guest, Host Committee and Stadiumred. Doing it proper, we hung out in the VIP section, popping some bottles of bubbly as we watched some of the finest riders and jumpers in action. Since it was insanely hot this week, I was saved by my friends at Blow Hampton, which does affordable blow outs (only $40) and my stylist gave me a side twist to give the illusion of half my hair being shaved for a more edgy (and more importantly, airy) hair look, to combat the heat. 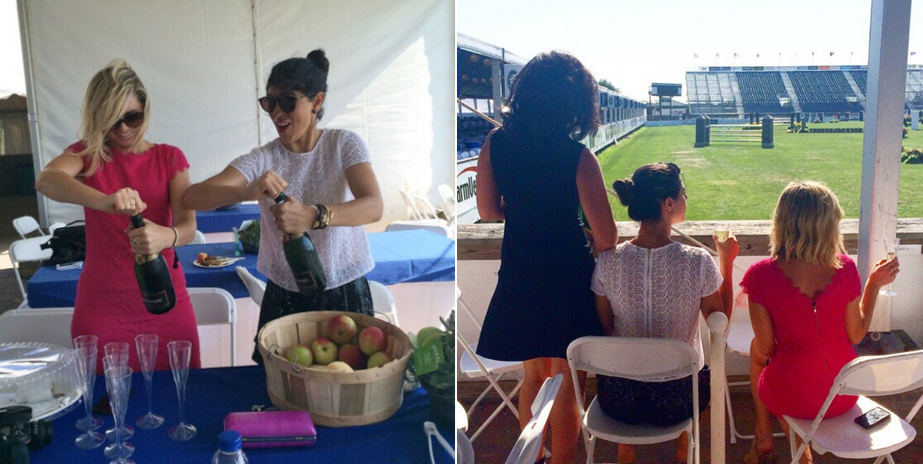 The major highlights were hanging out with model, Jessica White — who instagrammed our picture! 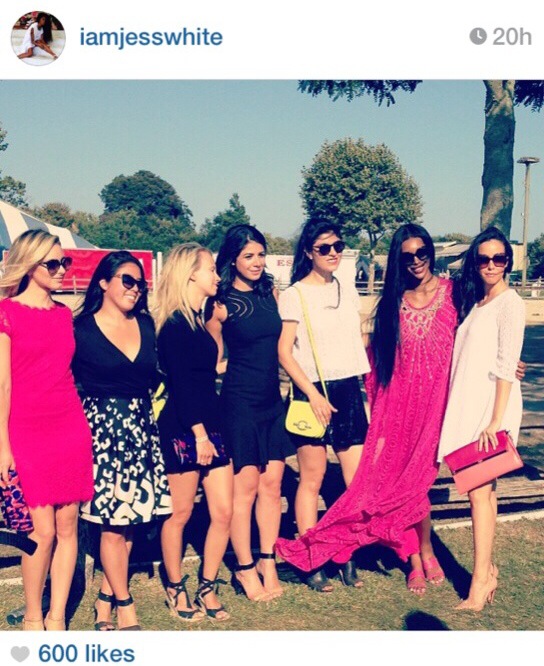 Meeting Olympian, Redefin — the most gorgeous and friendly horse I’ve ever met. 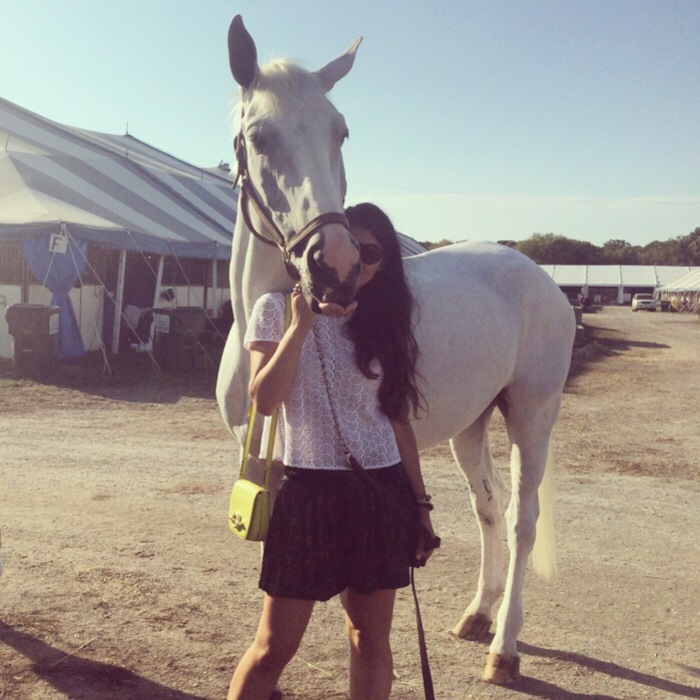 And of course hanging out with with lovely ladies! 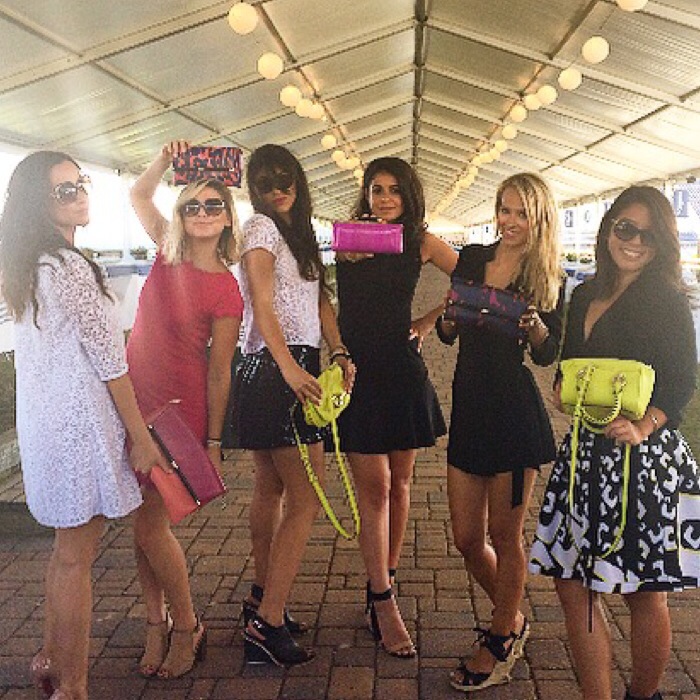 Which by the way if you have some $$$ to burn, I highly recommend staying at or throwing an event at the Stadiumred Estate, it can hold up to 700 people on the compound! And houses some of the most exclusive industry events all summer long. If I was a Long Island girl, that’s where I’d get married. Perfect weather, pretty people, the Hamptons never ceases to deliver a picture perfect time.

I left the Hamptons on Thursday for NYC, only to get on a bus Friday at 7am (it was an amazing week, but definitely a tiring one!) for a press trip to the Saratoga Race Course with America’s Best Racing; which is a horse racing fan development program launched by the Jockey Club which helps drive thousands of new fans to the races (including influencers and bloggers) to preserve the tradition and demonstrate the fun, food and fashion of a day at the races. 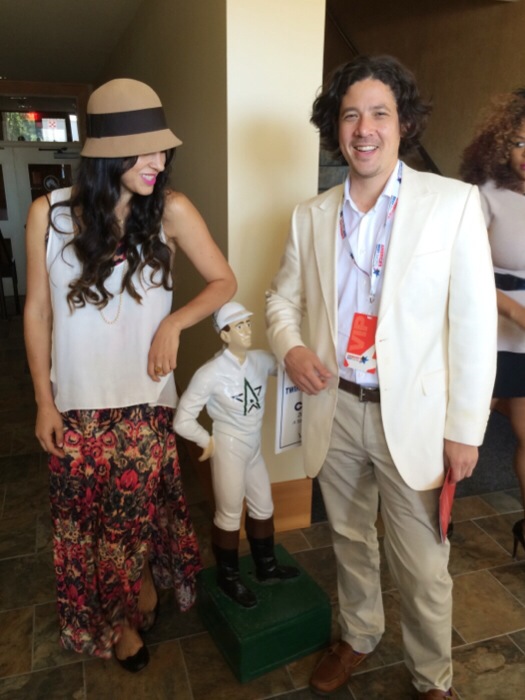 Going for a more Gatsby-esque race look, I wore my new Sam and Lavi dress from Olive and Bettes with a white top from Top Shop over it and a vintage hat and some pearls for a more classic look, while James went with khakis and a white linen blazer.

We started at Fasig-Tipton, a historic horse auction house for breakfast while hearing the ins and outs of racing from one of the leagues finest, female jokey star Taylor Rice; who told us about her experience growing up in a family of horse racers and breeders. In a male dominated sport, she has made a lot of inroads! 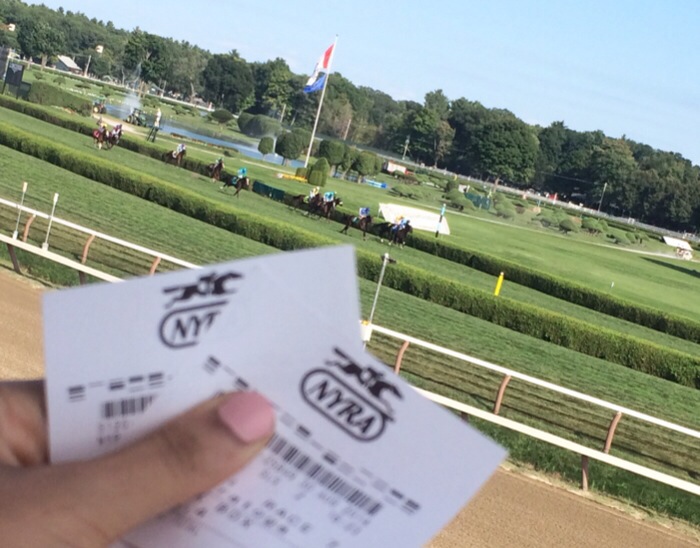 Followed by her chat with us, we met Tom Amello of Trackfacts, who taught us about gambling –which was much more complex than I expected.  We learned about different types of bets such as win/place, exacta and trifectas. 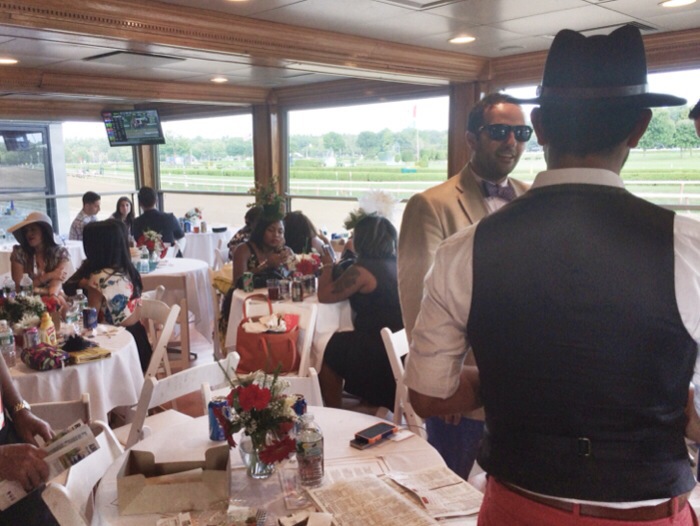 We then strolled a few blocks over to the Saratoga Race Course to one of the VIP suites, which is the equivalent of a skybox at a stadium, but so much better. For starters you’re right on the race track, so it’s as close of a view as you can get. And secondly there’s an enclosed area as well as a roof deck you can watch from depending on if you like to be inside or out. 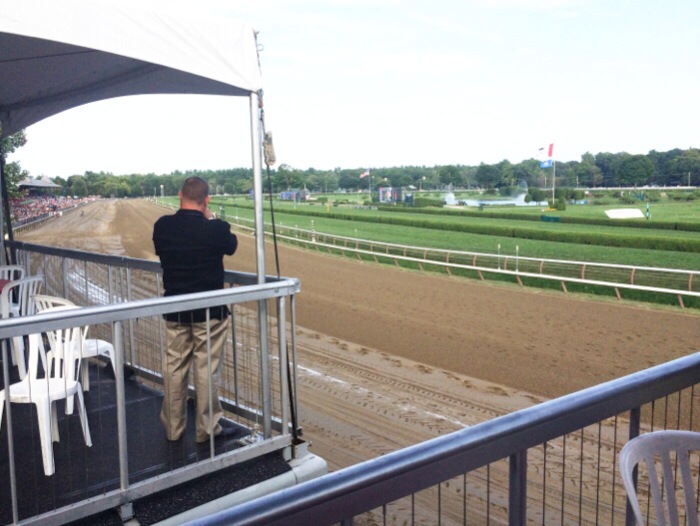 Of course James and I bet the whole time. I tried the ‘I’ll pick based on who’s name I like’ — but that’s a sure way to lose a lot of money. So we actually put some thought into it and our teachings and won our money back.  The challenge involved in making a good bet made the experience that much more fun, especially as the horses sprint by — you are really root for the ones you bet on. Plus you really see that it’s not only the jockey’s that are competitive with each other, but the horses as well! (I even swear you can see the joy of the win or the head down of a loss in their faces after the race concludes.) 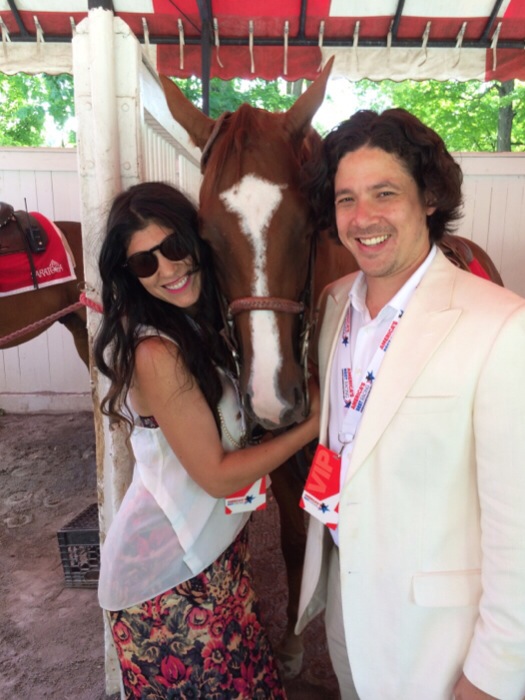 And if I didn’t feel spoiled enough, they took us on a tour of the stables to meet some of the horses..

Net, net, I think we broke even but the end of the day, which seems like a big win considering the amount of entertainment and fun from the day. (I think James and I are hooked). We’ll be back… 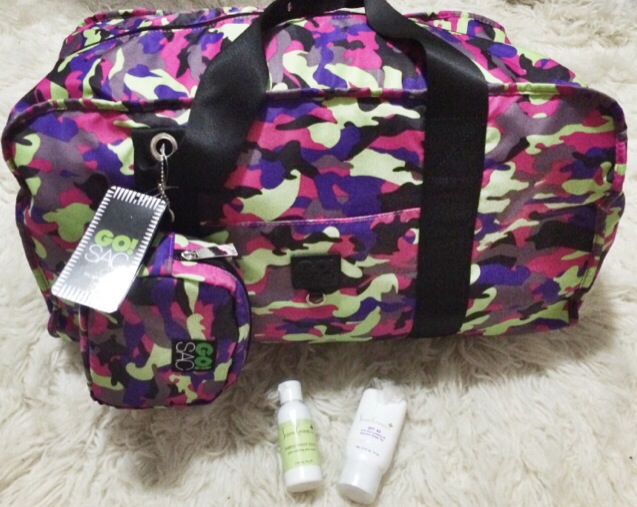 Special thank you to Susan Ciminelli and GO!SAC for the gift bag! And America’s Best Racing for bringing us out. This could not have been a more fun way to spend labor day weekend!