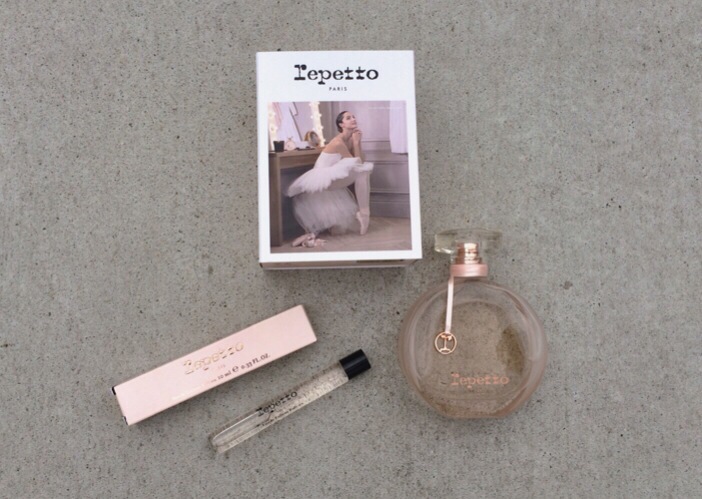 “I sought to achieve a hand-sewn effect by combining a selection of luxurious and authentic raw ingredients. A musky powdered rose, real quintessence of felinity. It’s refined formula which I had the pleasure of using essence of rose and vanilla” – Olivier Polge

Of course when mentioning ‘hand-sewn’ he’s referring to the brands heritage which began in 1947 when Rose Repetto decided to design a pair of shoes for her son, the dancer and choreographer Roland Petit. As of the dancers at his school were beside themselves over these whose, which were hand-sewn using the famous “cousu-retourne” technique (stitch and return method). And it was this reaction and dement that started Rose Repetto’s business. Nearly a decade later, in 1956, Brigitte Bardot put in an order when she was preparing to shoot And God Created Women. It was then that Rose Repetto created the Cendrillon ballerina shoe that became a legend thanes to Roger Vadim’s film (which went on to become a timeless classic throughout the years being worn from everyone from Audrey Hepburn to Kate Moss). 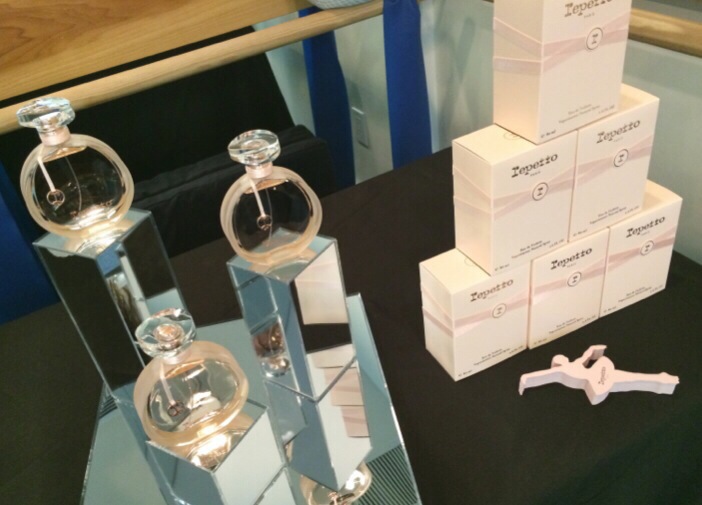 While Repetto has evolved into womenswear, handbags and shoes, dance is the core of the brand and what they wanted to emanate in this fragrance. The satin ribbon tied around the glass bottle mimics that of the one tied around the ankle and is the identical ribbon that is used on the famous Carlotto ballerina/. The powdered case is the exact same clousr as the famous Repetto Pink.

Ever faithful to the principal dancer of the Paris Opera, Repetto used Dorothee Gilbert as the ambassador and face of the new fragrance.

Rose is the fragrances spine, rolling over the skin like a satin ribbon. A rhythmical choreography that open with the optimistic entrechats of pear and cherry blossom accord. While the precious essence of roses fuses inside with orange blossom. A bewitching floral heart that arches towards the powdery base  with the sensual pas de deux between the vanilla pod and the warmth of amber wood.