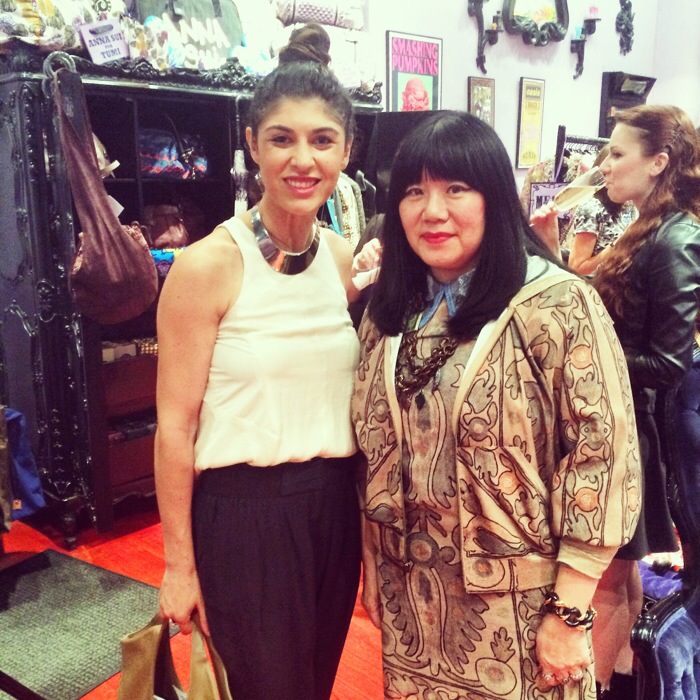 Last night, I joined Anna Sui at her store in SoHo for the launch of her latest fragrance, La Nuit de Boheme. Some of you may remember La Vie de Boheme which launched last year as part of Sui’s partnership with Interparfums which captured the world of the Romantic Bohemian. Now continuing in the theme of romance and making this young boho girl come to life in a scent she has launched La Nuit de Bohmene. When I chatted with Anna Sui about the continuation of the fragrance she responded that, “La Vie de Boheme, was the first time I used bohemian style for a fragrance, and did so well some of the other markets (especially Europe and the Middle East) asked for a more dramatic, sensual fragrance so we decided to launch La Nuit de Boheme.”

Opening with the fizz of Champagne Citrus and Midnight Blackberry, the fragrance deepens to Gilded Lotus Flower, Rose Petale, and the lengthening play of evening with Sunset Oud Wood and closes with Cedarwood Heart, Haitian Vanilla Orchid, Indonesian Patchouli, and Golden Amber Resin. 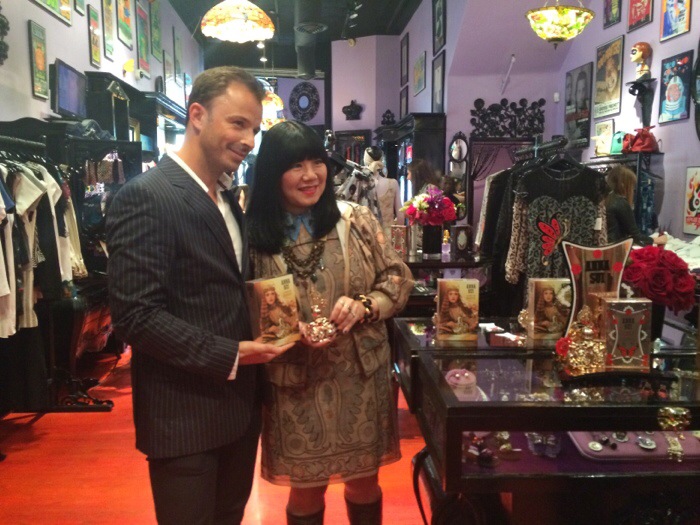 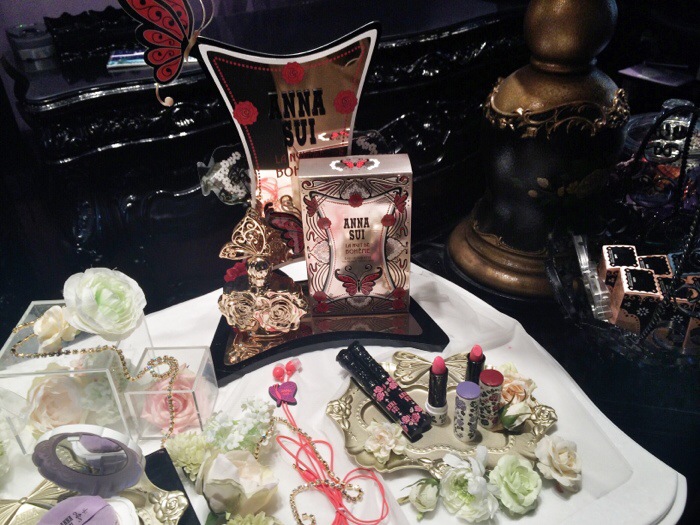 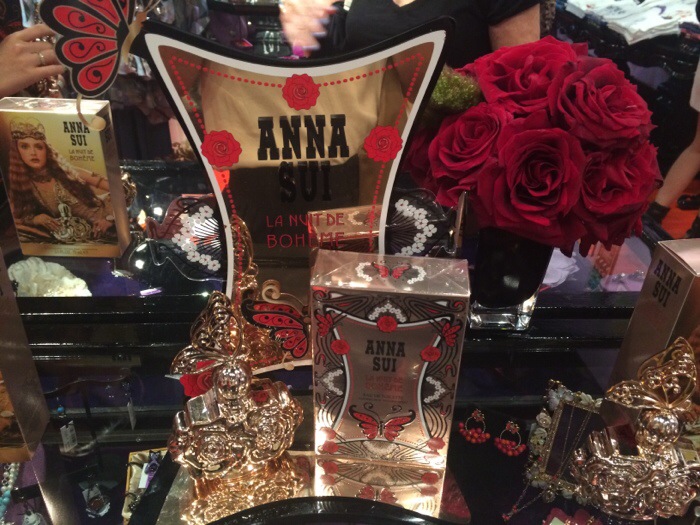 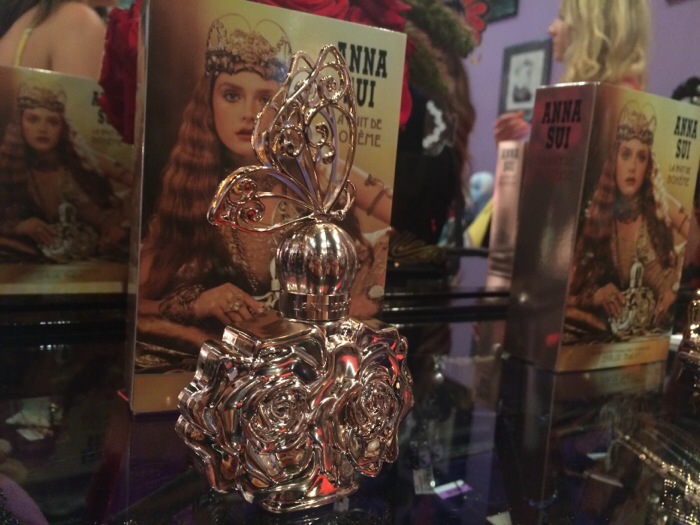