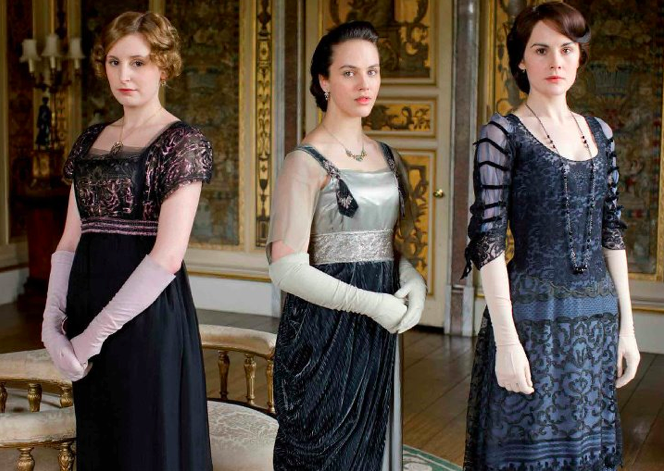 The wait is almost over. It was announced last year, that from March 1, 2014 through January 4, 2015 the Costumes of Downton Abbey exhibit will be on display at the Winterthur Museum, Garden & Library in Delaware.

“The first time I looked at the costumes up close, I was amazed at the incredible detail. They are surprisingly ornate. This is going to be one of the most beautiful exhibitions ever held at Winterthur,” said Maggie Lidz, one of the three co-curators of the exhibition who went to London in July to choose the costumes.

The new exhibit will feature forty costumes from Downton Abbey compliments of Cosprop,the world’s leading costumier to film, television, and theater) as well as merges photographs and vignettes from the hit British television series, with that of real life at Winterthur. I wasn’t familiar with Winterthur before finding out about this exhibit and the description has me swooning! The property seems like something straight out of Downton Abbey!

Founded in 1881 by antiques collector Henry Francis, Winterthur spans 1000-acres in Delaware with 175 rooms, making it one of the largest historic homes in America.