For the Fall 2013 collection, Nicole Miller took inspiration from “girls who dress like boys”. And while there is a menswear influence, the designs were far from masculine. The collection consisted of sleekly tailored silhouettes in a deep, textured color palettes. Menswear inspired looks were juxtaposed with feminine fabrics, prints, and leather and fur accents.

While in previous seasons dresses dominated the runway, I was happy to see more of a focus on pants — as she has some of the most flattering skinnies on the market. Also the jackets stole the show — the prints and fits from both fitted zip-ups to long coats with fur trims had me swooning. Her collection of knit sweaters with the deep twists we’re gorgeous as well.

In attendance and front row included Ashlee Simpson, Eve, Nichole Galacia, Tinsley Mortimer, Leigh Lezark of the Misshapes, Nigel Barker, and Chelsea Leyland. Music provided by the Misshapes with hair by Kevin Ryan for Rsessions, makeup by James Kaliardo for MAC and Nails by Butter London. 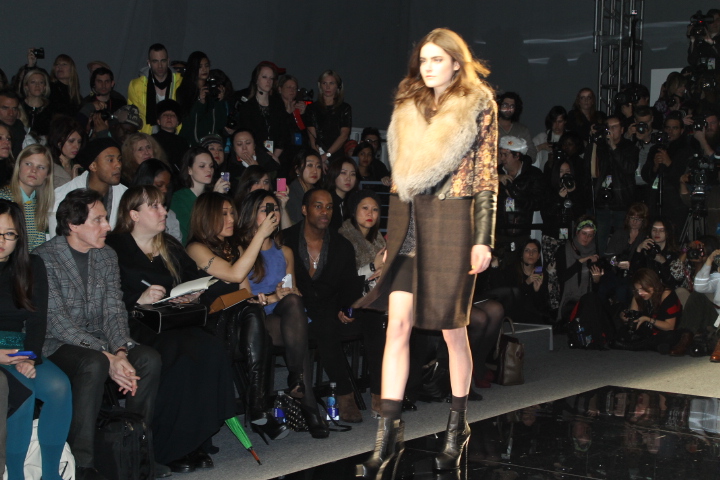 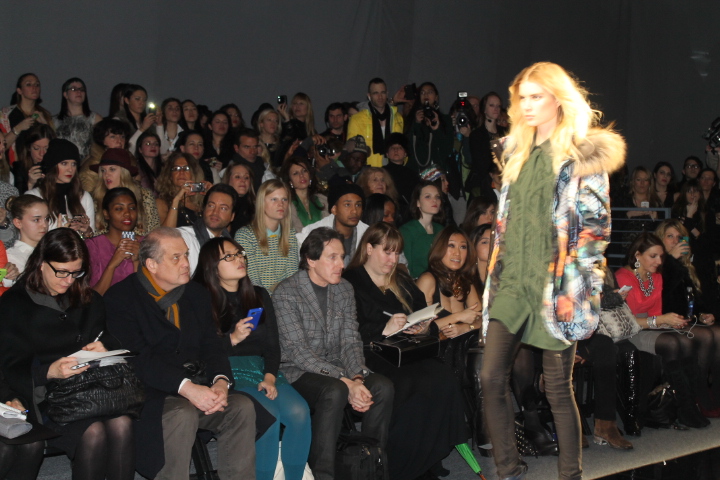 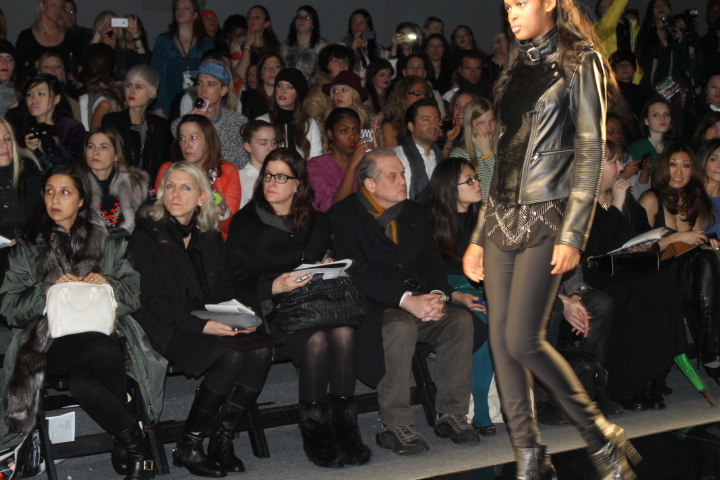 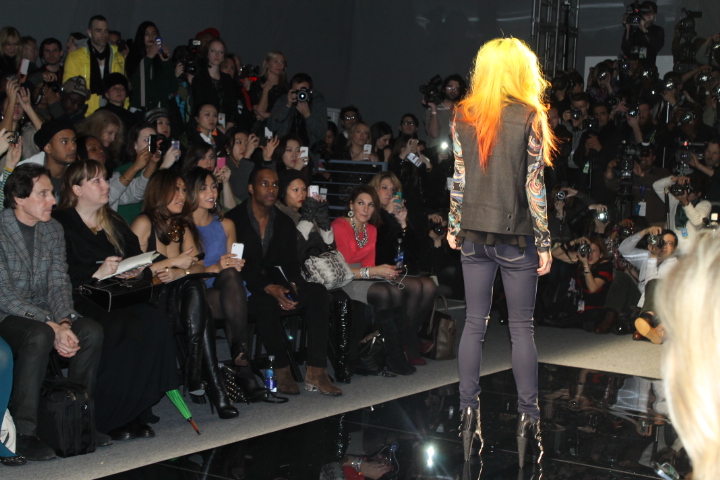 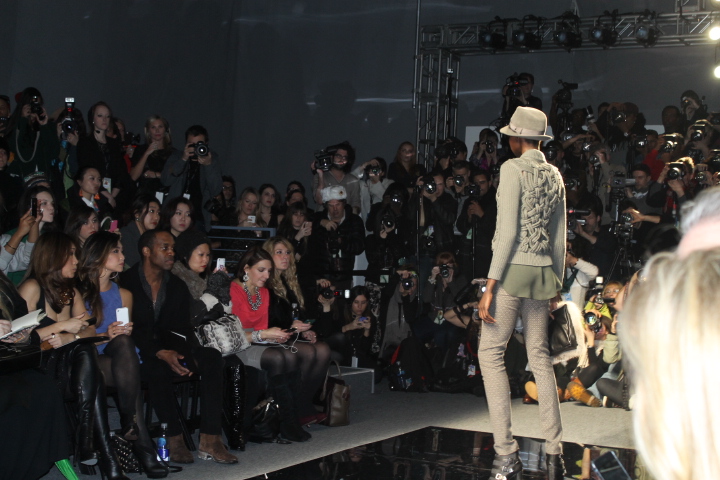 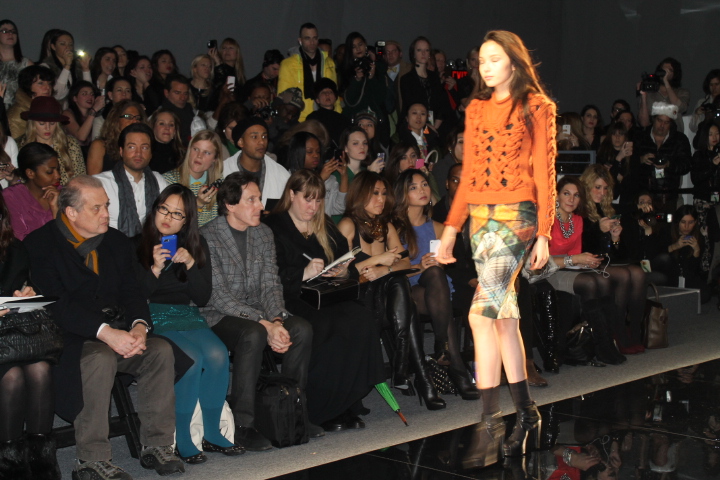 {Backstage with Nicole Miller minutes before the show} 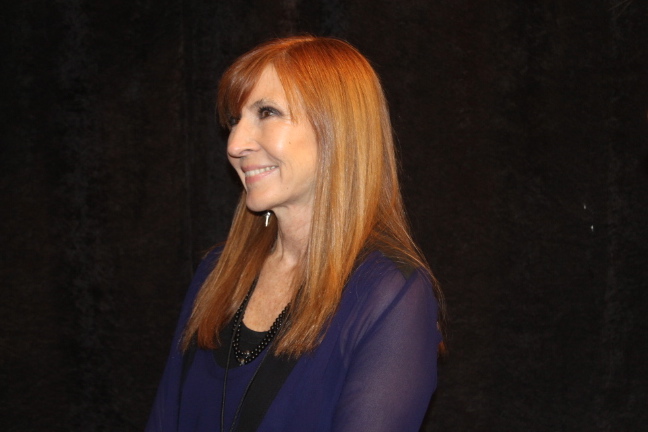 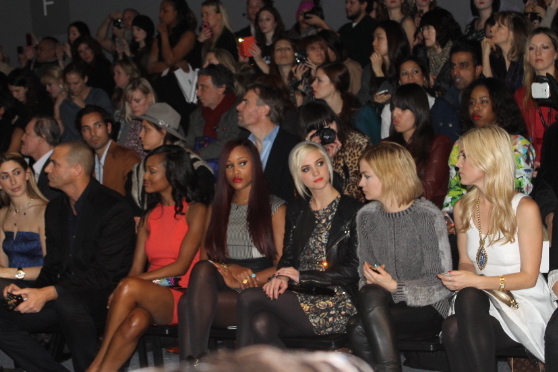