On Wednesday evening, I was invited to R Lounge in the Renaissance Times Square hotel for Nivea’s announcement of their newest Celebrity Kiss Ambassador Couple and unveiling of the 2013 New Year’s Eve Program. And the couple is… Extra’s (and now X Factor host) Mario Lopez (or as I prefer, AC Slater) and fiance Courtney Mazza! 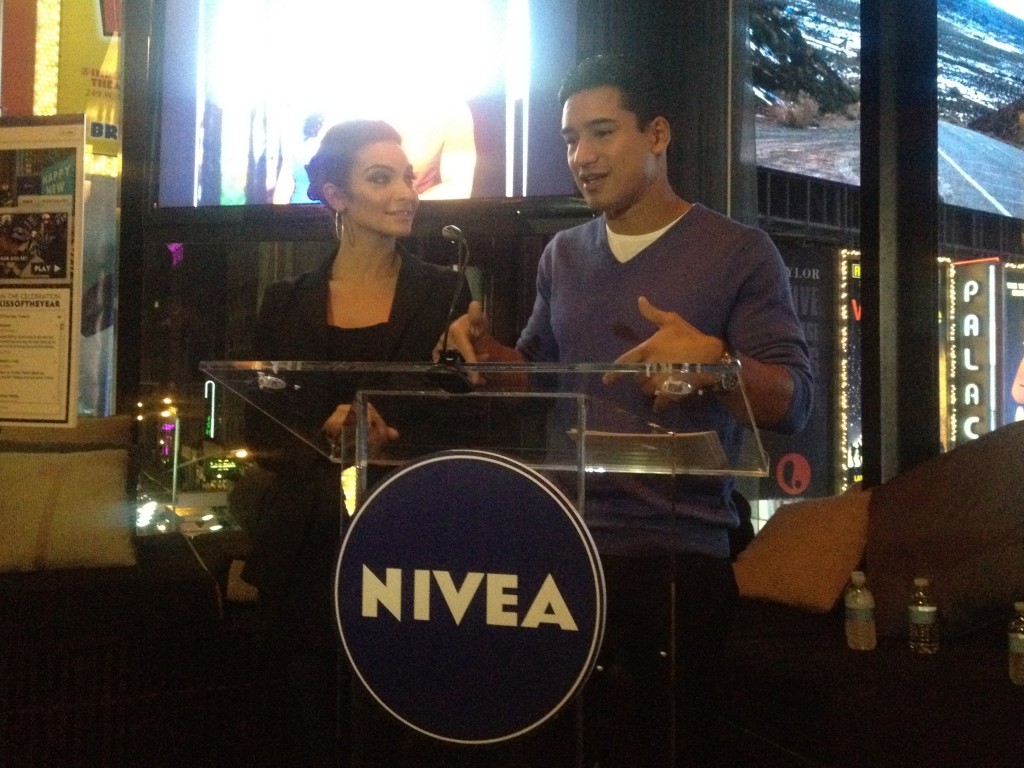 Mario and Courtney took the stage and announced Nivea’s “Kiss of the Year Contest” on Facebook which will award one lucky couple the opportunity to ring in the New Year with them on the NIVEA Kiss Stage in New York City’s Times Square and have their New Year’s Eve Kiss featured in Us Weekly! If you think your story is one of America’s Greatest Love Stories, go to Facebook.com/NIVEAUSA anytime through November 25th and enter to be NIVEA’s “Kiss of the Year” Couple.

NIVEA’s panel of celebrity and expert judges, led by NIVEA Kiss Stage hosts Mario Lopez and Courtney Mazza, will use their romance expertise to select three lucky couples that will advance to the finalist phase where the public gets to vote on Facebook (from Nov. 26 – Dec. 16) for their favorite couple. All three finalists will win a trip to New York City to appear on The Wendy Williams Show. The ultimate grand prize winner voted by the public win’s a trip to Times Square on New Year’s Eve for their official unveiling on December 31st.

{The view of Times Square fromR Lounge in the Renaissance hotel} 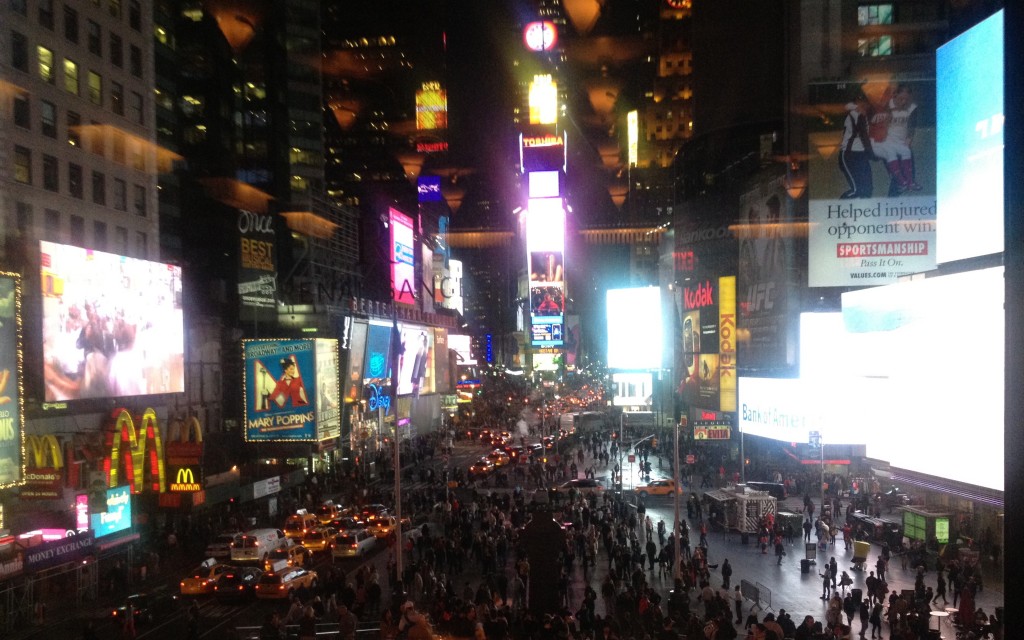 Visit www.Facebook.com/NIVEAUSA for more information and a chance to win!