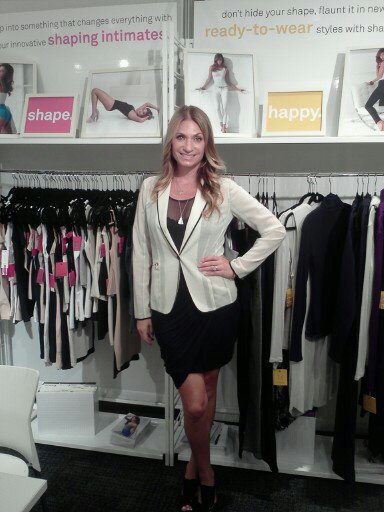 Curve Expo NYC was hosted at the Javits Center in NYC to showcase designers’ Spring/Summer 2013 lingerie and swimwear lines. And like any major trade show, it can be overwhelming if you don’t know what you’re looking for, so I headed straight to the booth of shapewear expert, Heather Thomson, founder of Yummie Tummie and the newest cast member of the Real Housewives of New York.

The history and concept behind Yummie Tummie can be traced back to the birth of Heather’s first child. She began searching for shapewear that was comfortable, but also styles that made her feel sexy, or “yummie”, at the same time. Unimpressed with what she found in stores, Heather took it upon herself to design a line that would make every woman feel her absolute best at all times. “Fashion and function” are not typically words spoken in the same sentence, but Heather succeeded in changing the concept behind shapewear – instead of meaning to be hidden, Heather created a beautiful brand – lacy, elegant, and functional that women would want to be seen in.

{Heather showing off her Yummie Tummie slip and leggings} 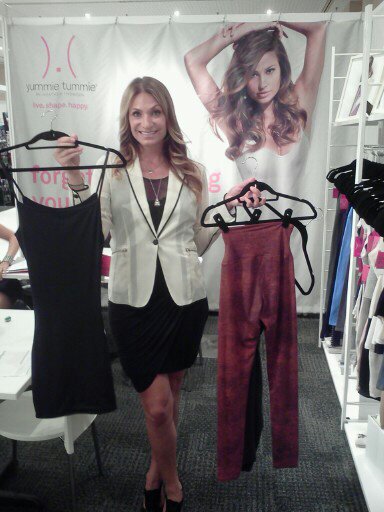 Heather’s favorite piece in the collection? All of them! Understandably, it was too hard for her to choose one article from the line that she likes better than the next because she loves every piece that makes a woman feel good in any outfit.

As for how her newfound stardom on the Real Housewives of New York has affected her brand, she sees the show as a positive way to bring about brand awareness. Since it’s still a young company, it is important that people know of its existence, and the show has really helped to promote her brand.

Yummie Tummie prices range from $18-$108. For more on Yummie Tummie visit www.yummielife.com and follow them @yummietummie. Also be sure to follow Heather’s personal handle at @iamHeatherT and watch the Real Housewives of New York to witness as the success of her company unfolds!