Home Health&Fitness Cheat Sheet for Running a Half Marathon 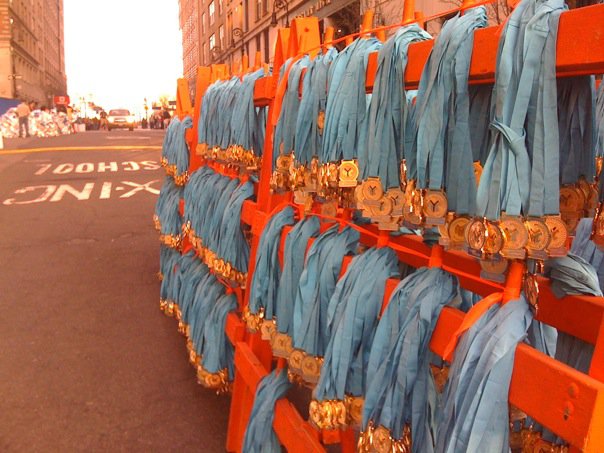 About a months ago, I posted about my experience running my first NYC Half Marathon. To sum it up, the most I’d ever run prior to that day was 4 miles (and I can count on three fingers how many times that was).   Yet somehow despite all of this I managed to run the 13.1 miles in 2 hours and 11 minutes.  The strange part being I did it without stopping and quite easily.  Or rather the crazy part considering I’m not a runner.

So now for the big question everyone (and I mean every friend, acquaintance, and person I ever worked or went to school with) has been asking me, how did I do it?

First off, I’ll start with:

I didn’t do any of the above, but I endorse them.  I should have been more responsible.  The smartest thing I did was to write a post back in January when I first was accepted into the race asking friends and readers for advice.  I was fortunate to receive a lot of great feedback, all of which are the answer the original question.

So here it is, what I attribute to my success to:

The only other thing I will add having gone through all of this is to take it seriously but have fun with it.  If this is something you’ve always wanted to do, but were concerned you had to change you lifestyle too much or are just too scared, you should sign up.  You’ll find a way to make it work for you. I really deprived myself of a lot by not having any confidence in myself (even if it somewhat justified – I should have trained).  I missed out on sharing the experience with a lot of loved ones who wanted to support me as well as really finding out what I was made of.  Even so, I’m too grateful for having had the great experience that I did to really dwell on any of my shortcomings. I did it and it really was one of the best experiences of my life.

Thank you to everyone who read, emailed, called, and gave me advice.  I could not have done this without you.