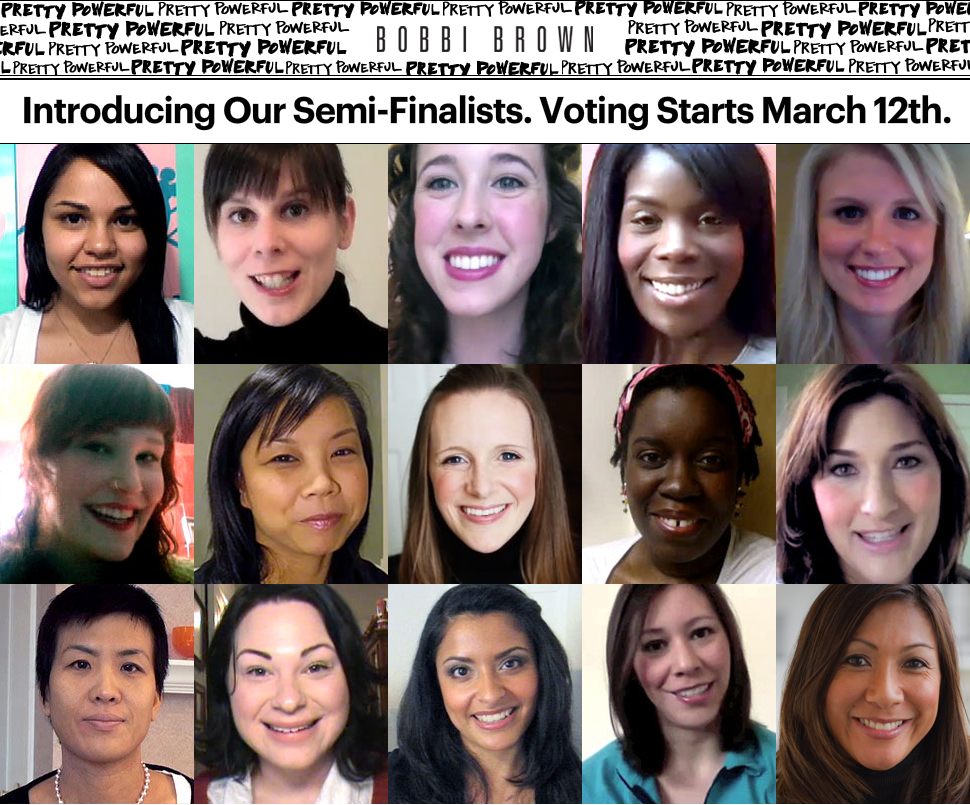 The 15 semifinalists in the Bobbi Brown Cosmetics’ Pretty Powerful video contest were announced today and it’s up to us to help Bobbi Brown pick the three winners.

The Bobbi Brown Cosmetics’ Pretty Powerful Contest asked makeup mavens to submit a video featuring their top beauty tips and Pretty Powerful stories.  From there, 15 semifinalists were selected and challenged to create a second video demonstrating a flawless and flattering makeup applications using Bobbi Brown’s Color Strips Palettes.  The grand-prize winners will be flown to New York where they will join Bobbi Brown for a master makeup class – talk about a once in a lifetime experience!

So now it’s voting time! My favorite part is for every vote cast, Bobbi Brown Cosmetics is donating $1 (up to $10,000) to Dress for Success.  This organization empowers and helps underprivileged women get back on their feet by offering career development advice and interview suits.  So what are you waiting for?  Vote!

For more information on Dress for Success including how you can get involved visit www.dressforsuccess.org