I had quite the exciting weekend! Yesterday at 1:15pm I became a Tough Mudder! With a start time at 9:40pm, it took my team 3 hours and 35 minutes to do a 12 mile obstacle course that involved jumping into ice cold water, being electric shocked, running a mile in mud, going through fire… and that’s just the beginning. 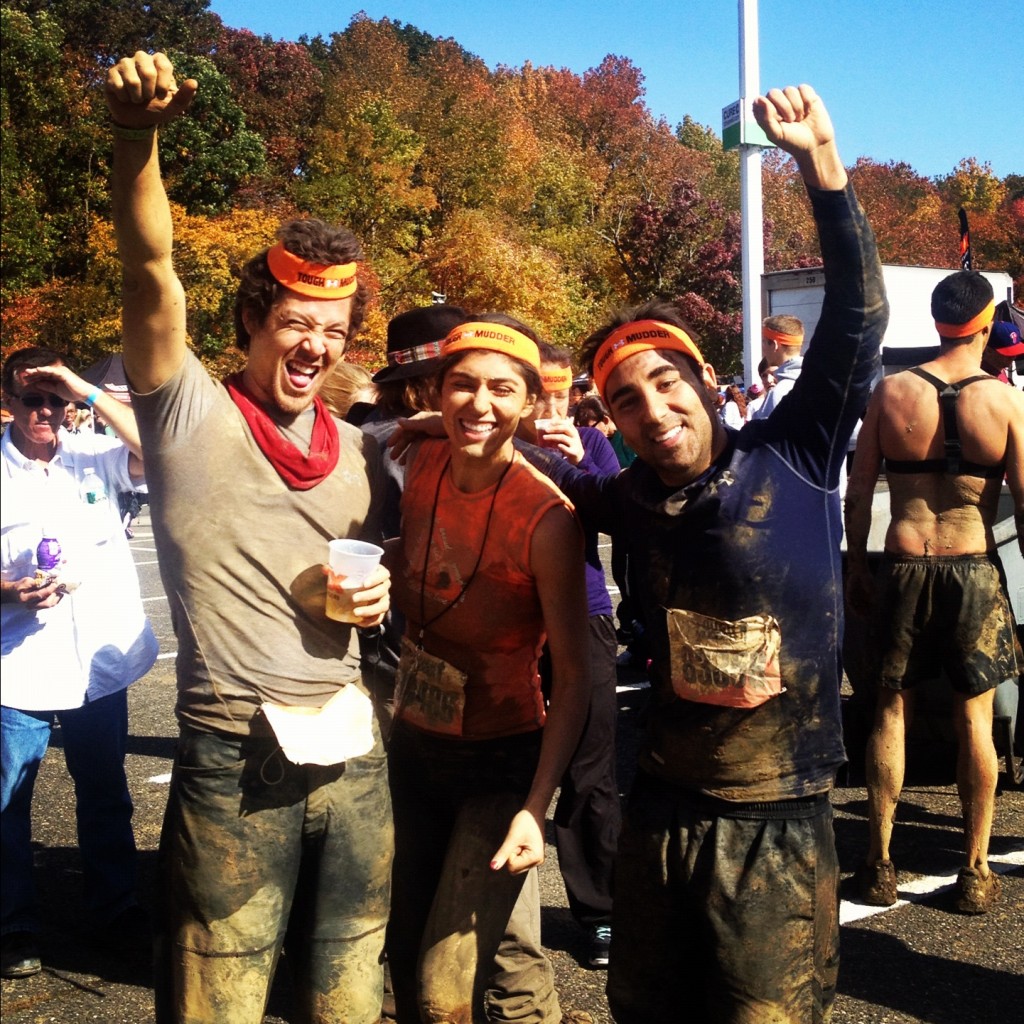 Want a taste of what it’s like? Check out this video… I literally did everything–minus the carrying of the logs (which wasn’t an offered obstacle in my race) –plus additional obstacles not featured. (Even the guy speaking in the video was there.)

Designed by the British Special Forces, Tough Mudder tests your all around strength, stamina, metal grit, and camaraderie. With the most innovative courses, Tough Mudder is the premier adventure challenge series in the world and with more than 500,000 participants (+ the 22,000 that ran the same day as me — we broke the biggest 1-day record!), they have managed to raise more than $3.7 million for the Wounded Warrior Project.