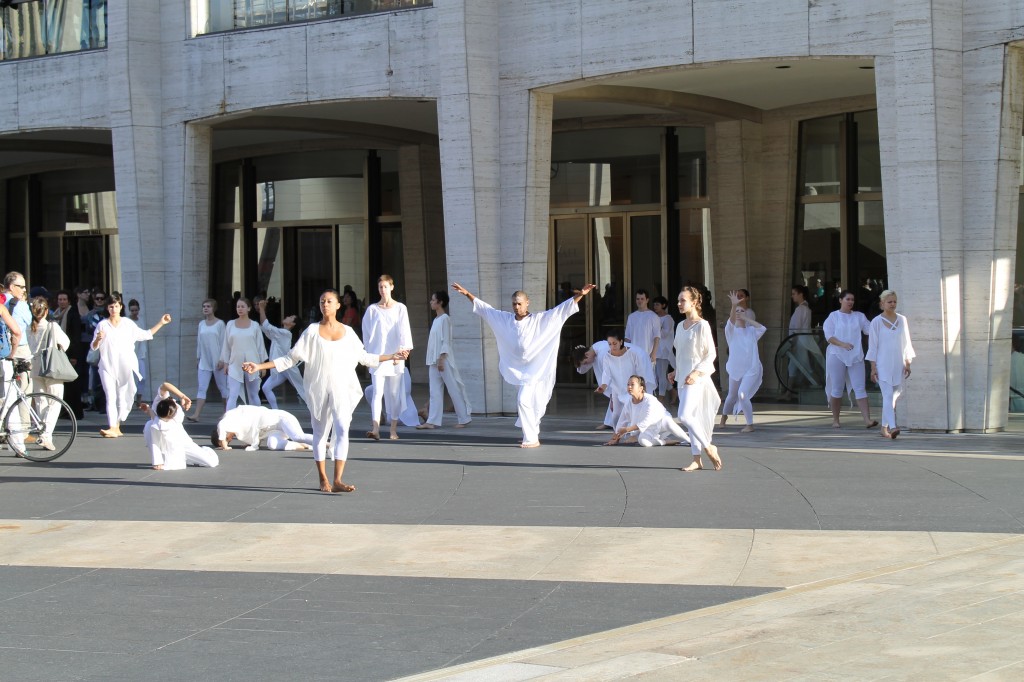 September 11th isn’t a subject I’ve ever felt comfortable talking about. I was a freshman in college and had just moved to the city only two weeks prior when the towers went down. Even when asked about my experience I’m quick to brush it off. I guess to this day I have such a difficulty digesting the ordeal and as human beings what we’re capable of doing to each other or how warped our perception of right and justice can be, especially at the expense of so many innocent people. It wasn’t until today that I realized I can officially say I’ve lived in New York for over 10years — although somehow using the publishing years of the anniversary of 9/11 as my marker saddens me.

This morning I woke up, ignored the news and any threats or scares that may come and hustled to the Empire Hotel to get straight to work on the events I’m producing for fashion week. As I got off the subway, I passed through Lincoln Center when suddenly I was taken aback by an army of performers dressed in white