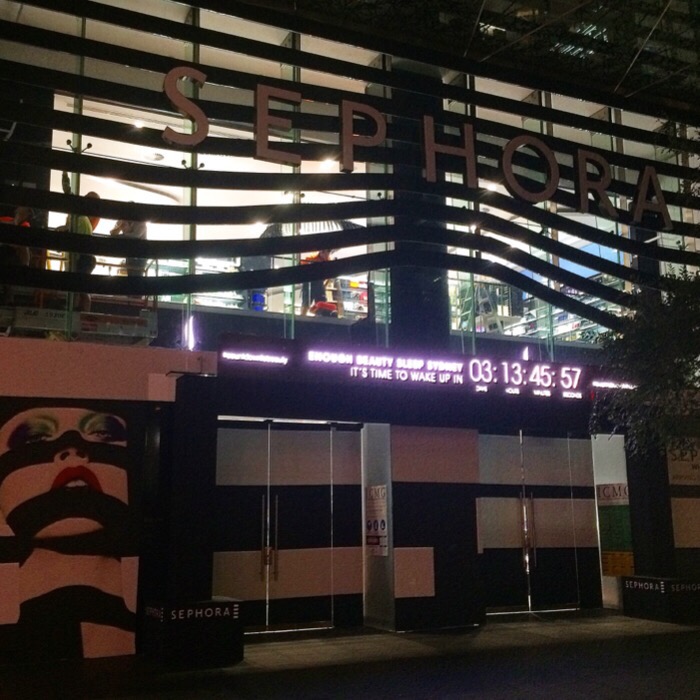 It started with a countdown — one much larger then the counting clock on their door — the long awaited opening of the first Sephora location in Australia. While it was announced in April the world’s biggest retailer would be opening in Sydney, it wasn’t until this past Friday it opened it’s doors at the Pitt St Mall. And the crowd went wild! The line since the opening (just to get in the front door) have been so insane they had to create a barricade around the proximity to secure the line and hire multiple security guards to monitor the coming in and out process.