Last night Hard Candy invited me to join them for Ingrid Michaelson’s show in Central Park.. The two hour high energy packed performance included a number of surprise guests starting with Darren Criss from Glee coming on stage to perform, followed by Eric Hutchinson who dueted with Michealson to cover the song “Rude”.

From there we had a fan go on stage that wanted Michaelson to autograph her arm so she could get it tattooed. Followed by my biggest highlight, Steve Auguri of Journey came on stage to perform “Don’t Stop Believin'” with Michealson!!!!!!!! And the night concluded with Taylor Swift and Karlie Kloss running on stage and dancing their hearts out during the final encore song “Afterlife.” Here’s the video at 1 minute 40 seconds Taylor and Karlie run out! 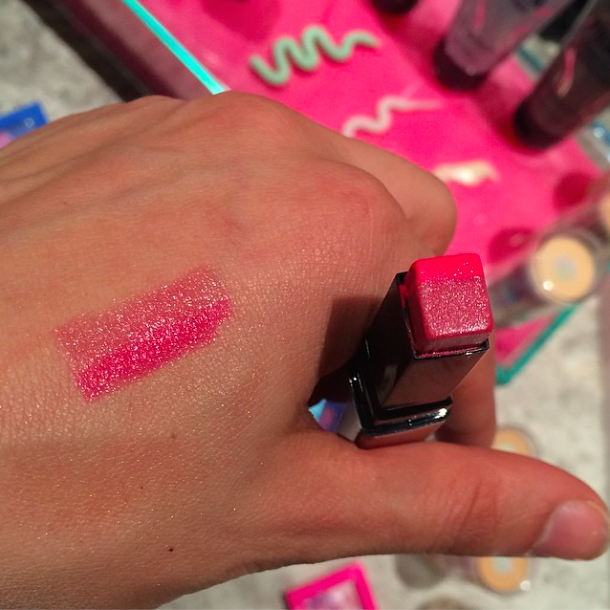 Thank you Hard Candy for having me! And for any fellow fuschia lipstick queens, their Ombre Lipstick is a must-own. It’s been one of my staples this summer!